After last month's Berylline, the line-up of rare hummingbirds in Michigan continues, this time in the form of a Costa's found a little south of Traverse City.

It would come and go every 10 minutes or so 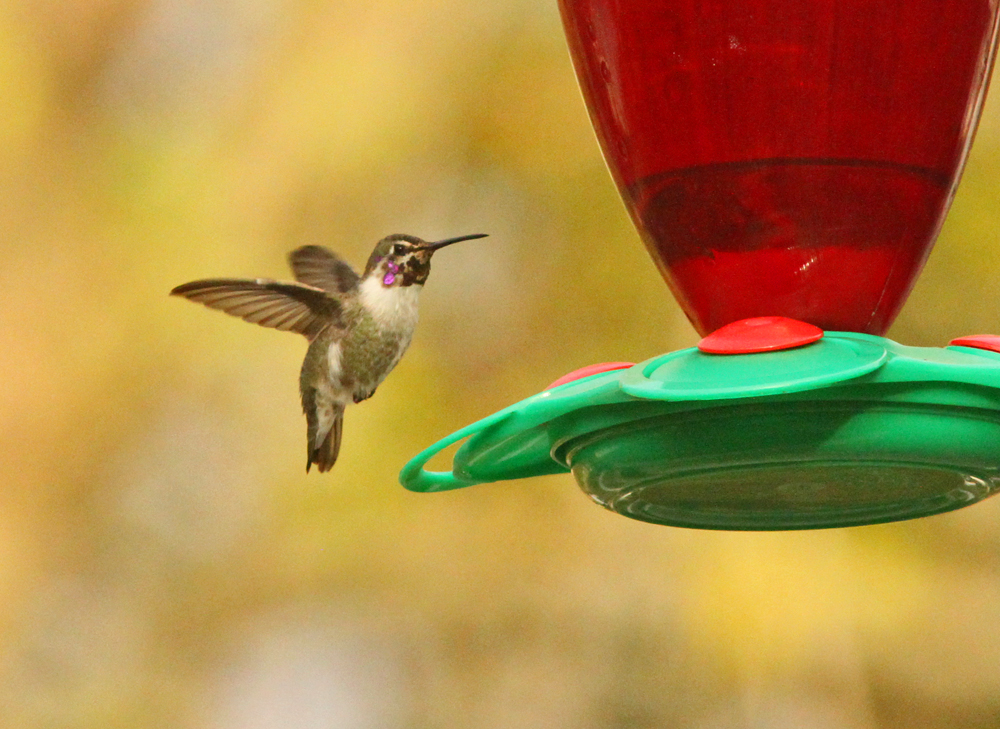 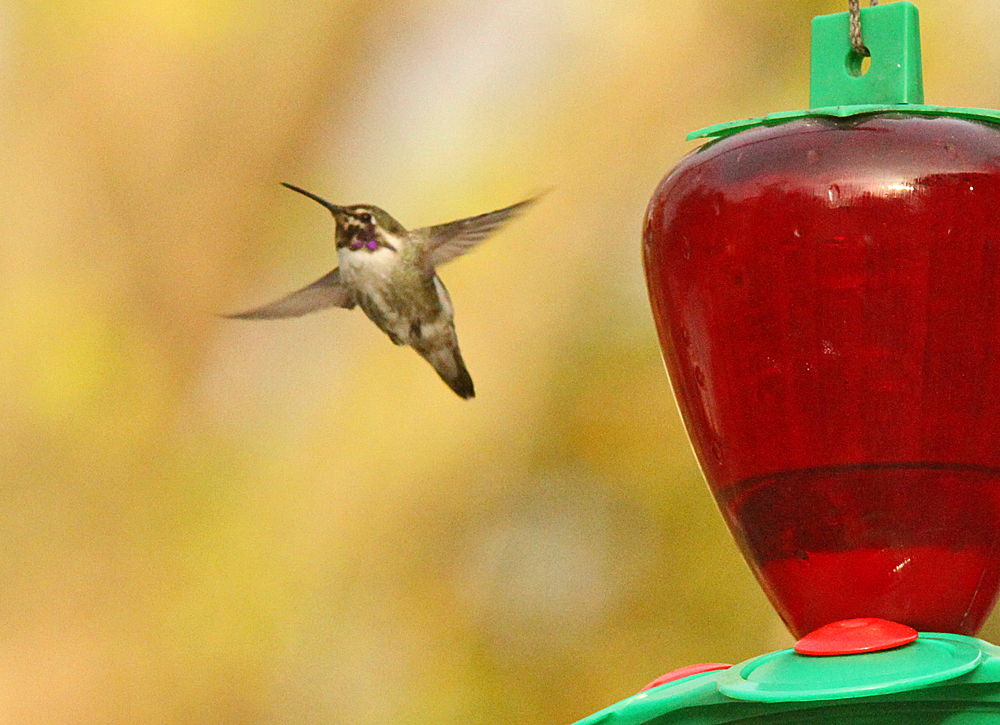 It tended to keep its fairly short tail closed tightly, I only managed this pic that even shows half of the spread undertail, I never managed a spread uppertail.  The undertail is plain, as it's supposed to be for a young male.  You can see a little bit of the dark patterning coming in along the outer edges. 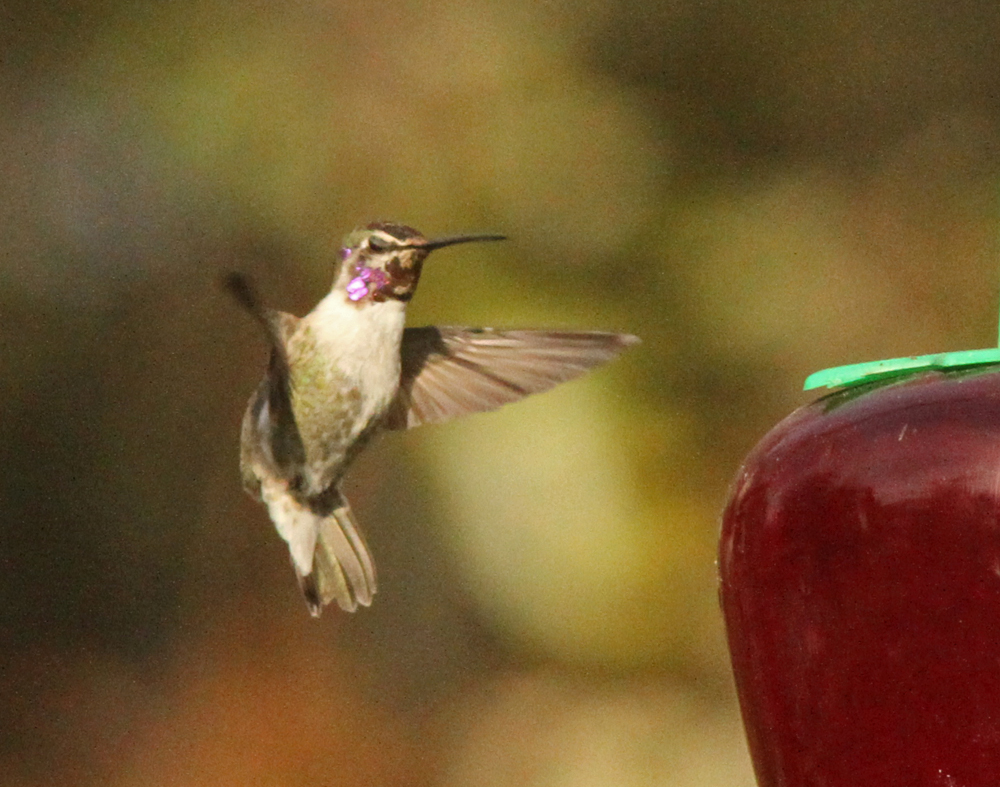 Gorgets always show up best when the bird is relatively head on... 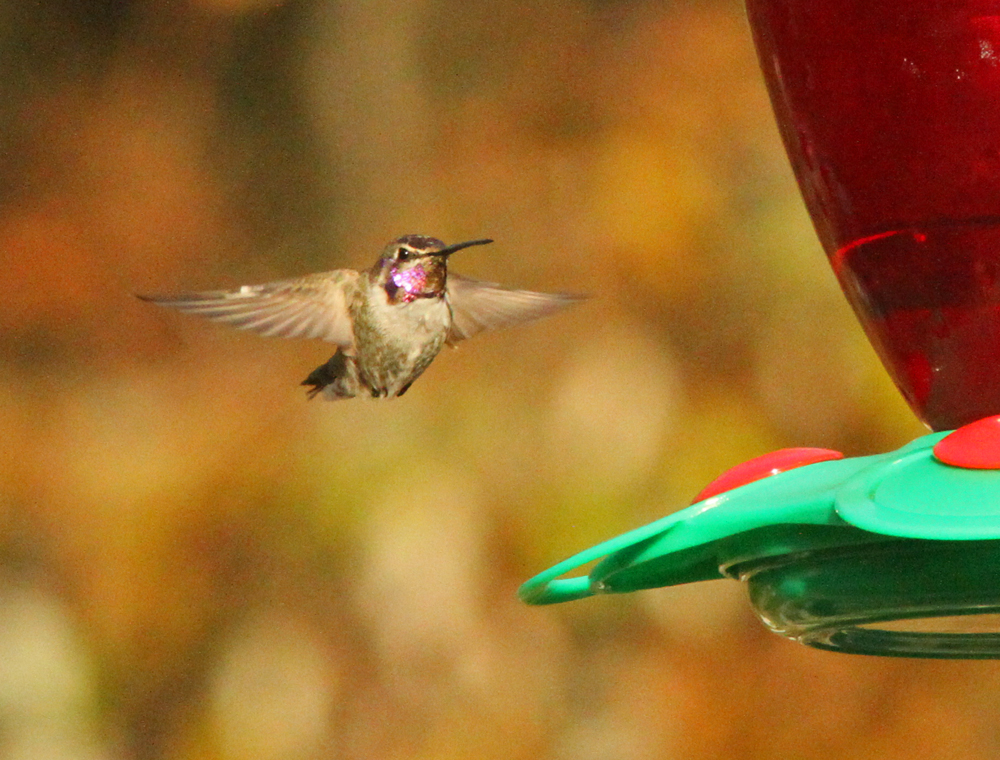 Costa's, like Anna's, has iridescent feathers on the forehead as well. 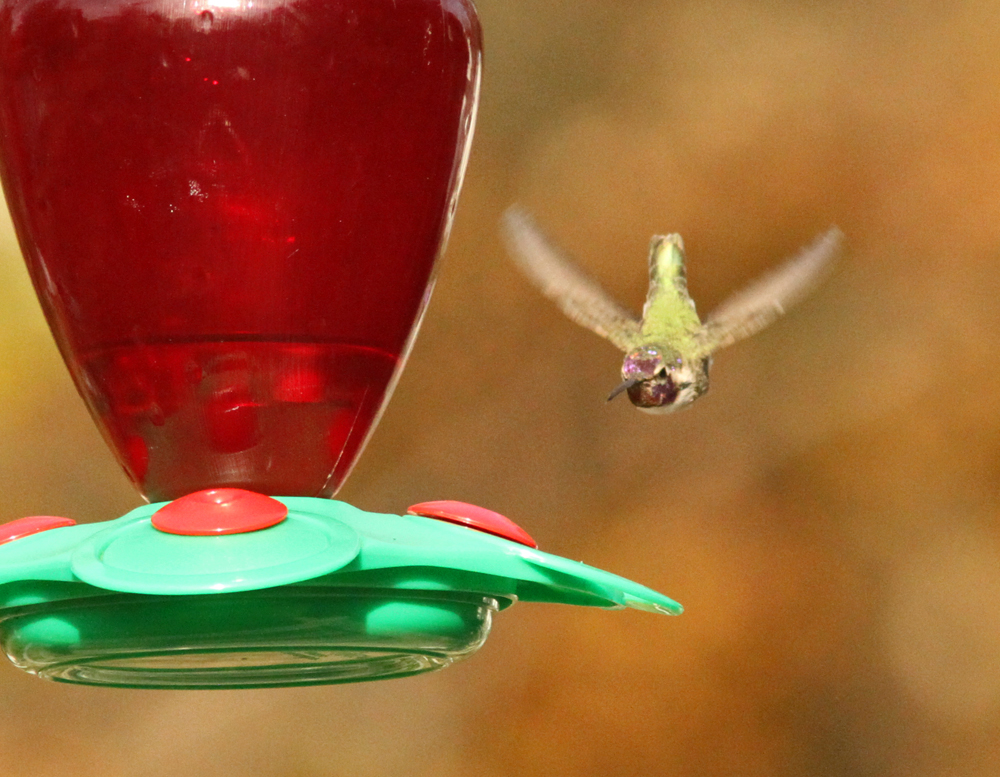 Finally a digiscoped perched shot.  I've finally figured out (after I got home) how to adjust the white balance on the phone, that would have been useful.  I see the latest Sibley has taken out the line drawings of the closed wing, I don't know why that is... 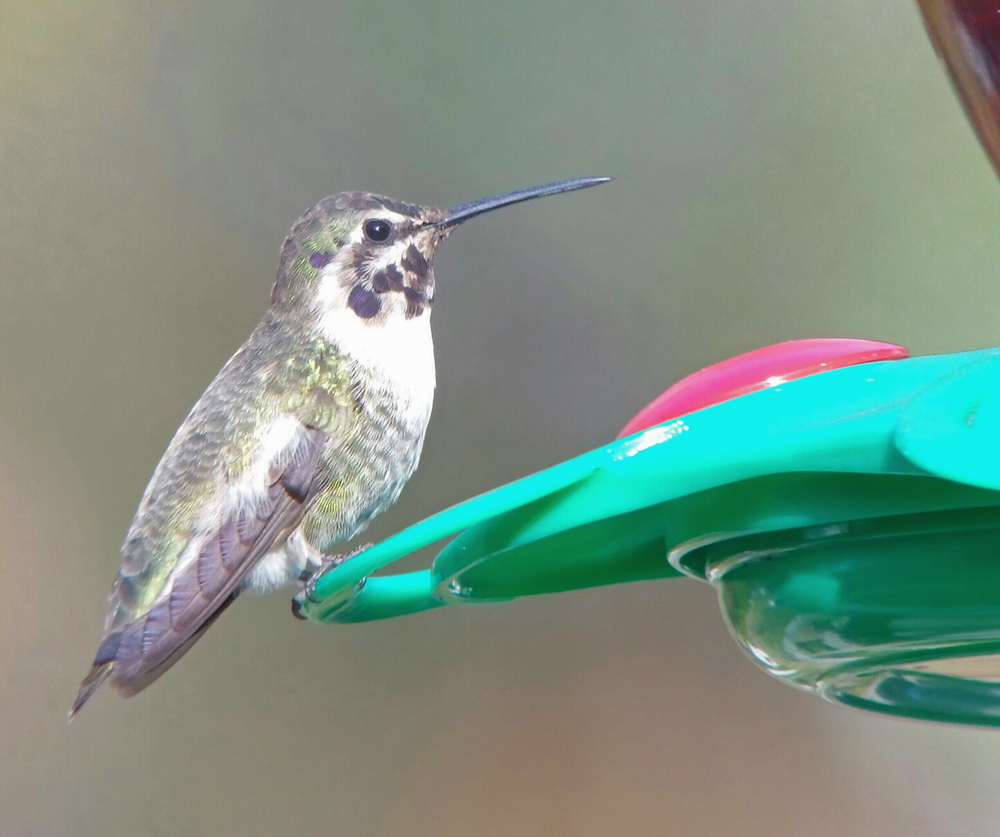