fishing for a phalarope

It's been a good fall for Red Phalarope in Berrien.  Prior to this fall the only 2 Red Phalaropes I'd seen here were about 14 miles off the beach.  Tiscornia is the 3rd place they've been in the county this year though.

Tim found this one this afternoon.  It fed for a bit, disappeared, and then reappeared not long after I got there with the kids in tow.  It was pretty tame. 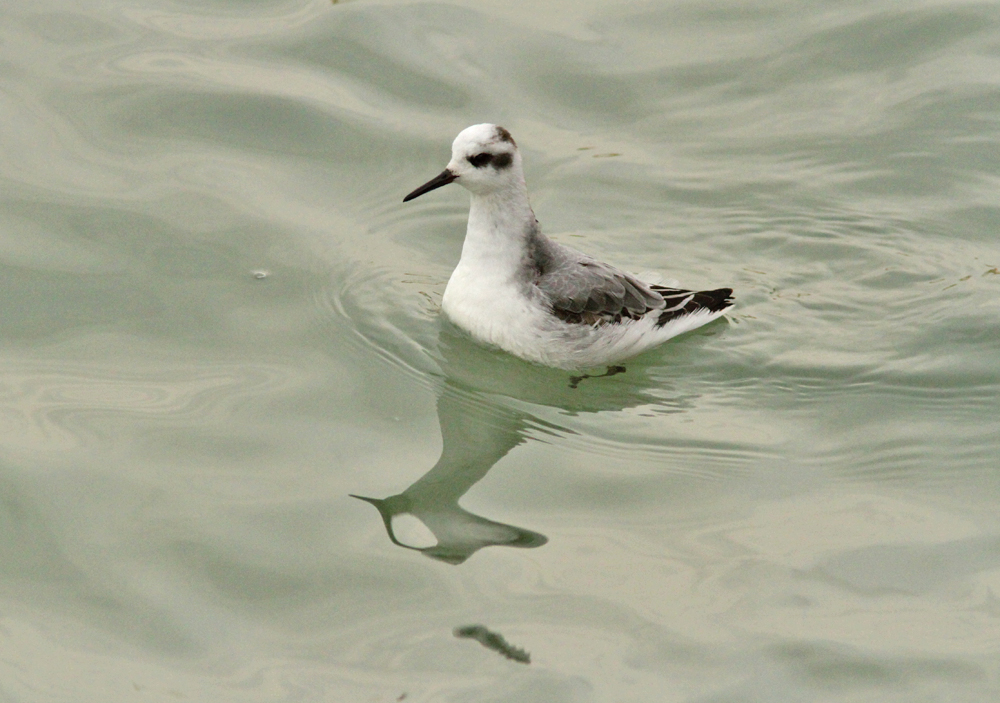 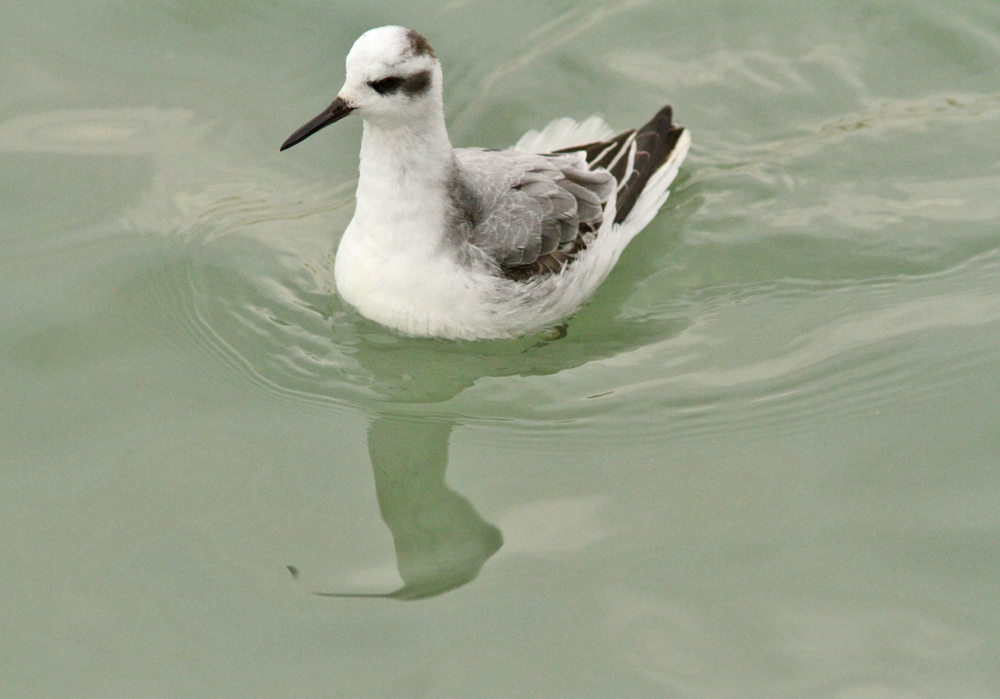 It fed actively, frequently investigating spawn bags that had fallen off fishing lures. 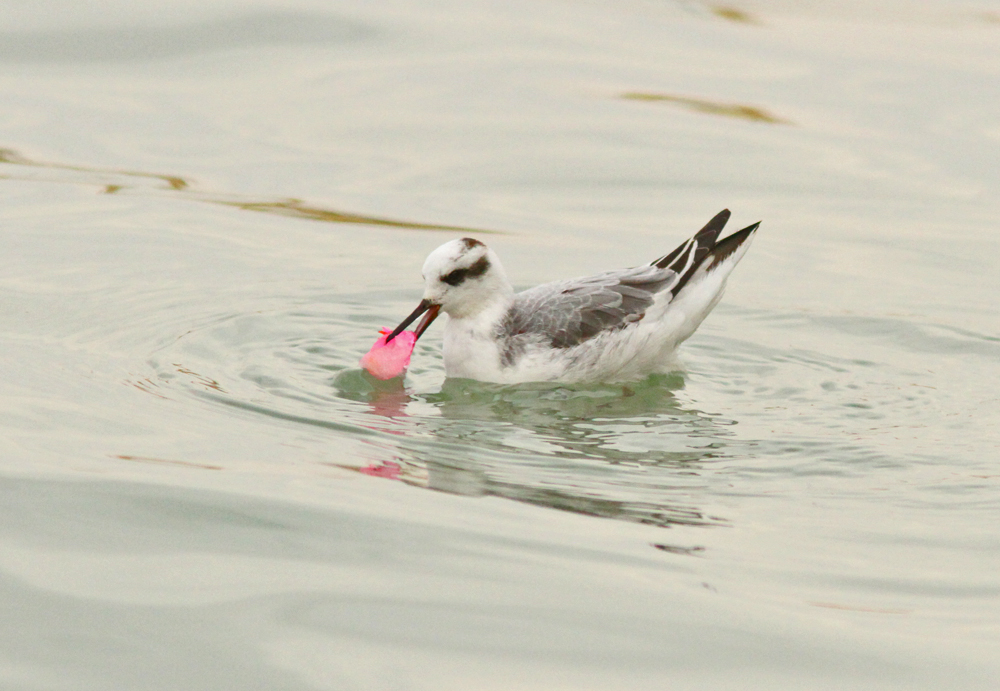 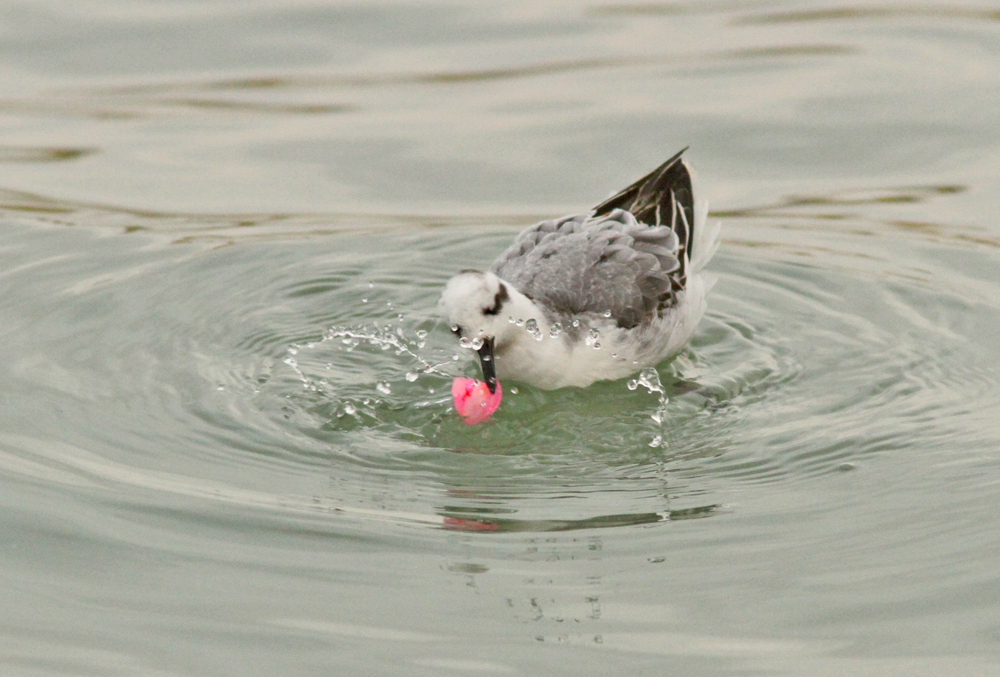 Apparently the fishermen put a marshmallow in the spawn bag to get it to float off the bottom.  The  phalarope discovered that the baggie sinks if you shake out the marshmallow. 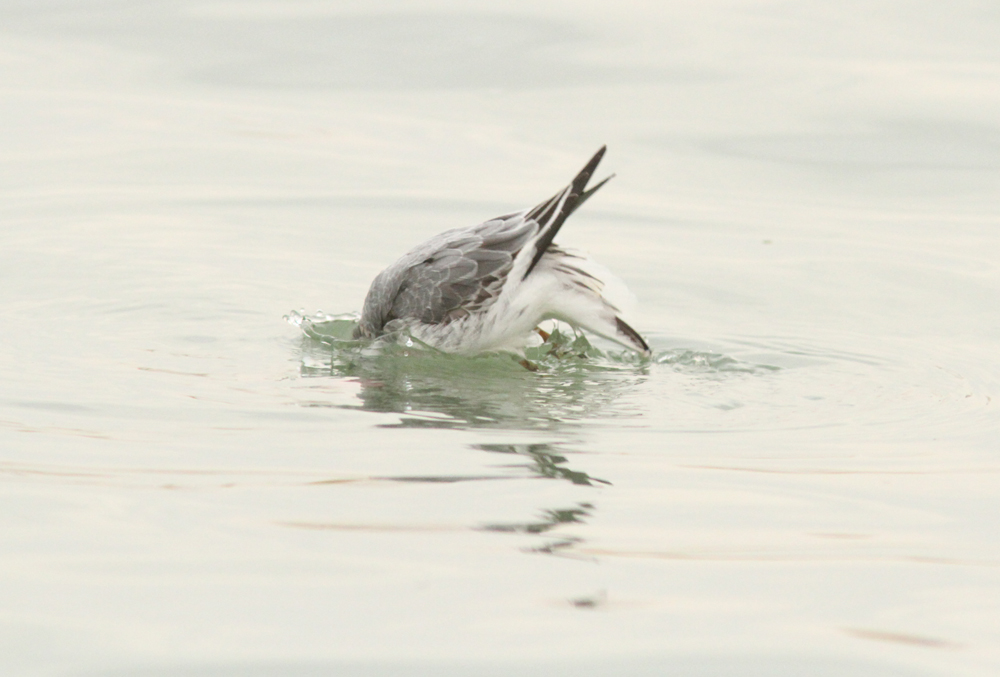 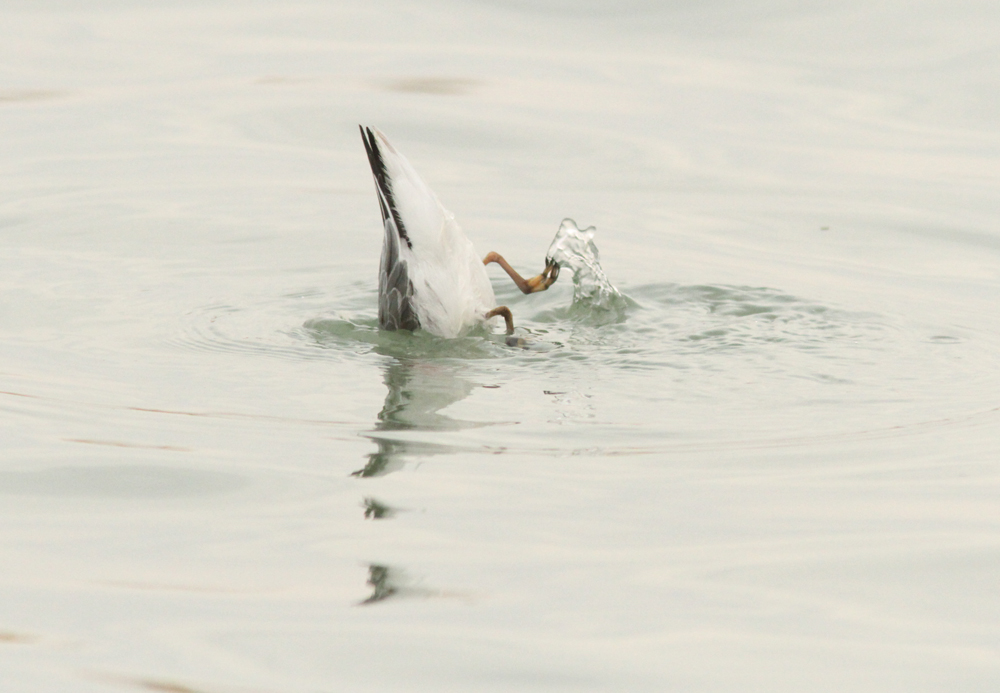 The pale legs are reminiscent of Wilson's.

The black (instead of gray) tertials (the white-edged black feathers over the primaries) indicate it's a first fall bird. 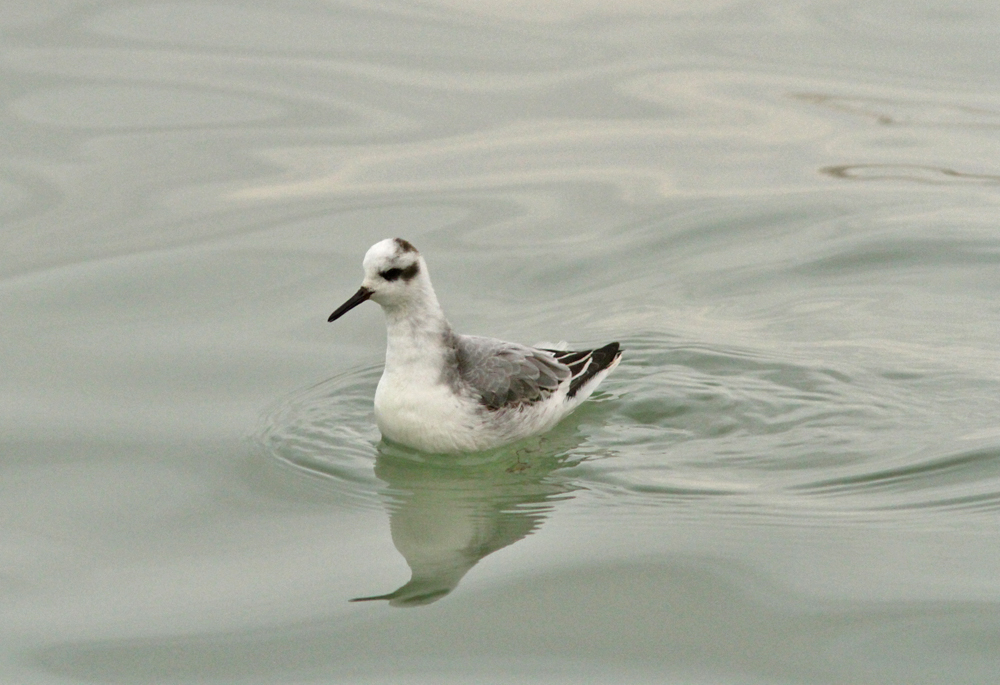 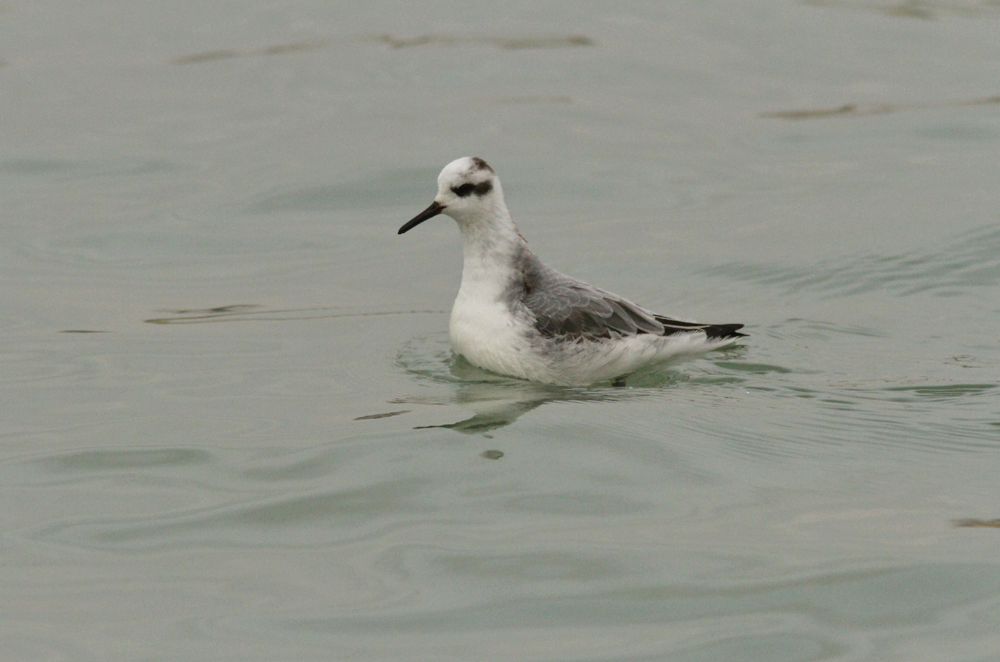 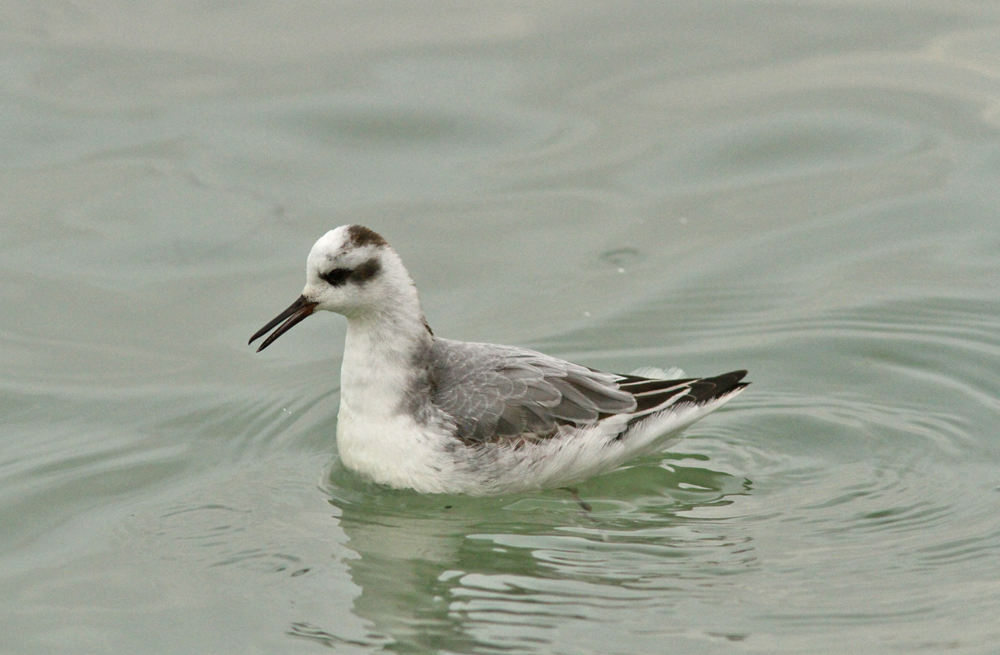 Red-necked Phalarope has a considerably thinner bill and is about half the bulk of Red which can be useful if comparison birds are about, or the bird is in a very familiar setting.    Some Reds will have a noticeable pale base to the lower bill, though this one doesn't.  Red-necked should have some back striping/contrast but I don't have any pics of winter Red-necks though to show the difference.  There are a few retained dark juvenile coverts which could lead to some sense of streaking in this bird. 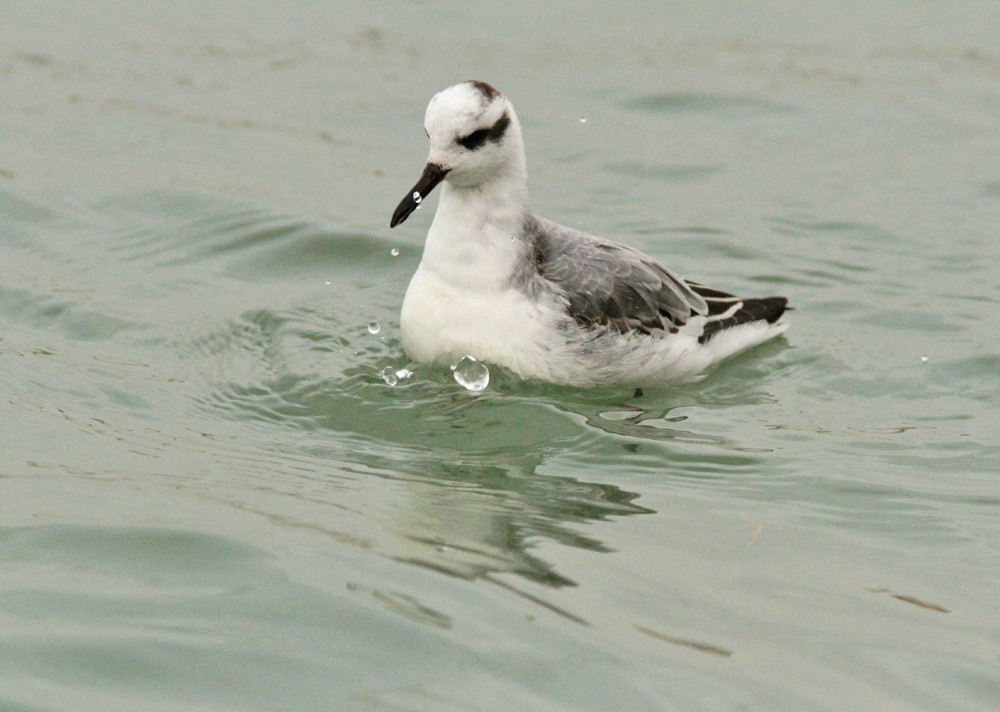 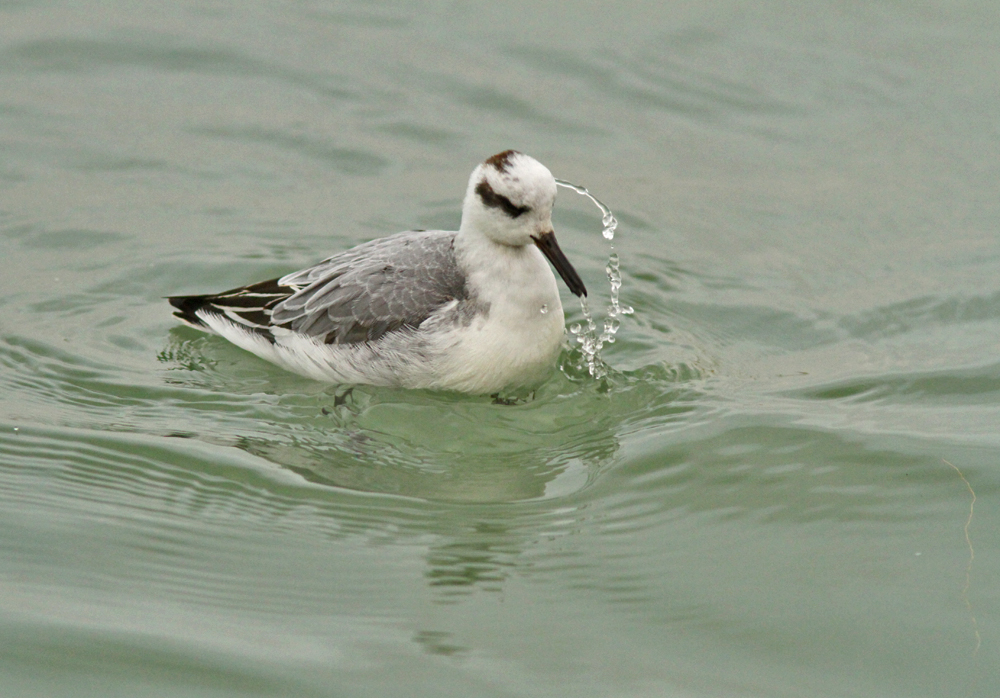 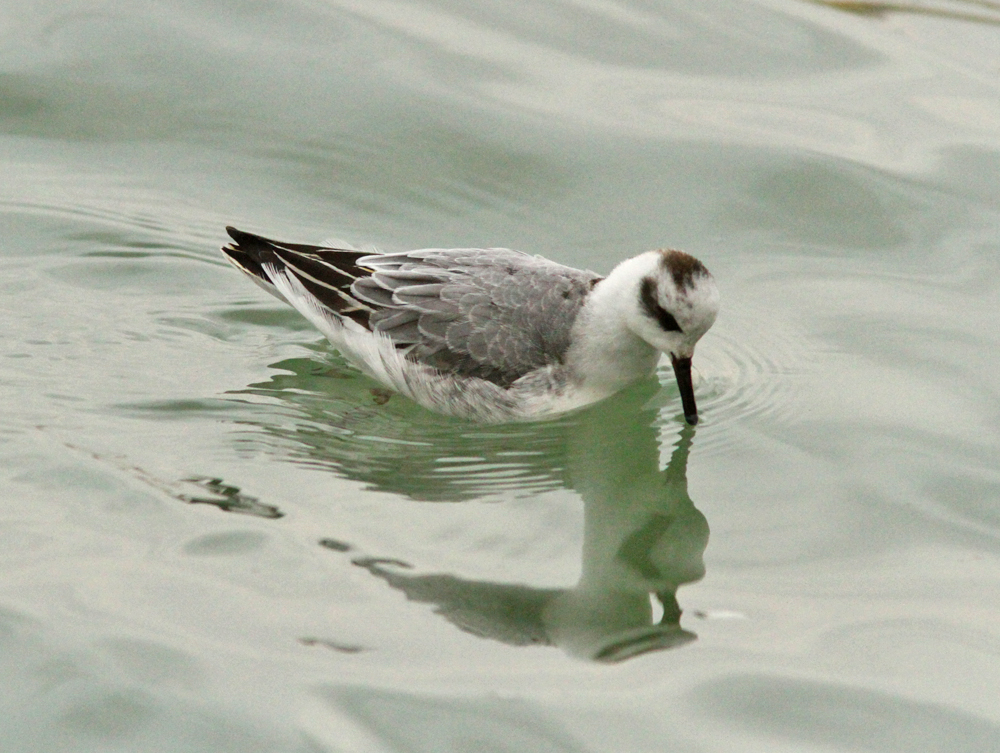 This was the last of the 3 phalaropes for me for Tiscornia, though Wilson's is probably rarer at this location.
Posted by Matt at 7:33 PM