Year birds at last; after about a 3 week lull where I couldn't add anything new, yesterday turned things around. Tim found a Snowy Owl at New Buffalo which was good enough to stick around for me. 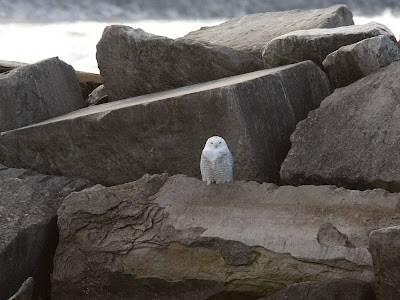 Here you can see the bird over Hannah's left shoulder on the far breakwall. She enjoyed the "Castle," i.e. the big granite blocks that should help make her more likely to be enthused for future Purple Sandpiper/Harlequin Duck searches. 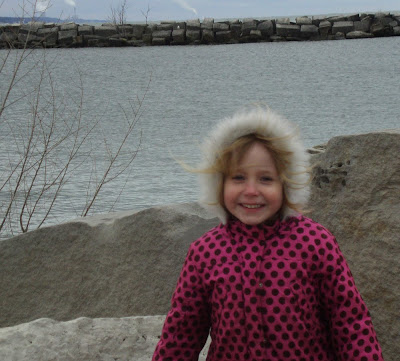 Iceland Gull is the last "easy" bird that I was still missing and as it happens we had two of them yesterday. First, an adult at New Buffalo 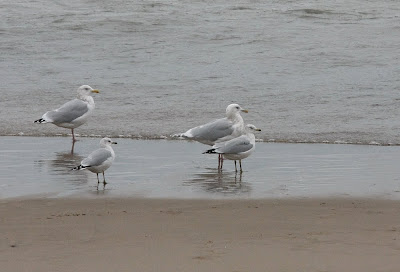 While at rest it conceivably could be blown off as a Herring Gull, in flight the vastly reduced primary coloration is a lot more apparent. I forget what percentage of Iceland gulls have somewhat dark eyes, but certainly the paleness of the primaries is well outside of Thayer's range. 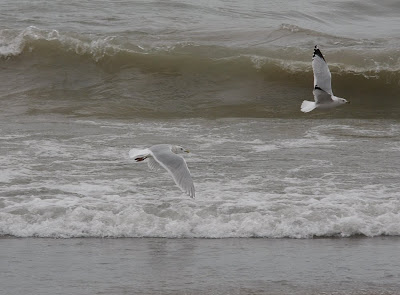 Here's a juvenile that flew past Tiscornia in the morning (and landed briefly on the beach). As compared with the juvenile Thayer's gull, it's paler overall without the darker secondaries. 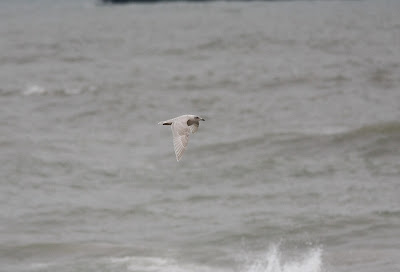 Finally a hint at what's on the Snowy's menus; a Ring-billed Gull that's reduced to wings and the shoulder/breastbone girdle. 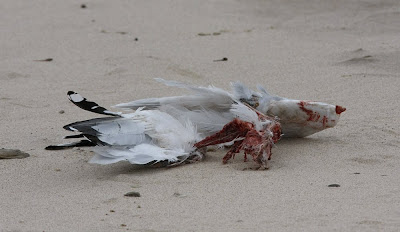