the power of purple

It's come up once or twice before here that first year sandpipers that have spent their entire life in the Arctic seem to pay people about as much attention as they would a caribou. This Purple Sandpiper was no different. We were walking off the jetty at New Buffalo when this bird flew towards us and landed at our feet. 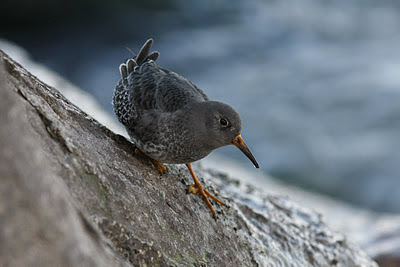 It would use its feet to brace itself from sliding right into the water. I bet they have proportionately longer feet and toes than a lot of the calidrids that are just running around on sand. 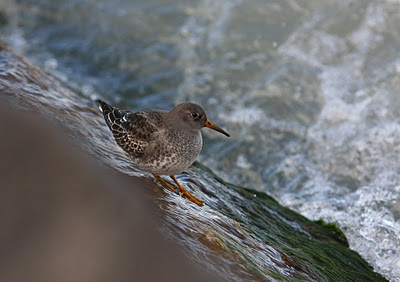 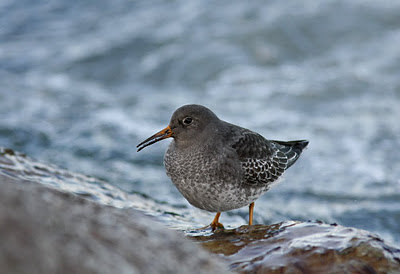 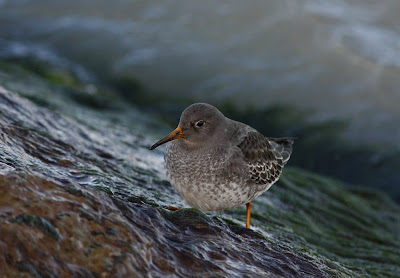 The bird flitted over to the other side of the jetty and the lighting got a lot harder to deal with. 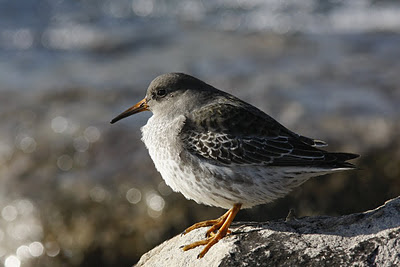 It followed the same game plan though, and just foraged along the edges paying me no attention whatsoever. 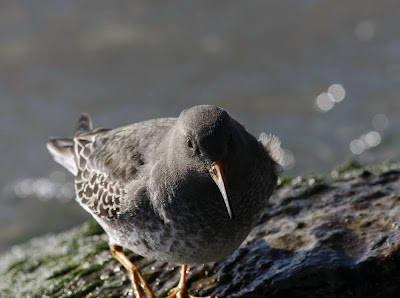 In this un-cropped shot (like basically all of these), its walking past on the rock I'm hunkered down on. 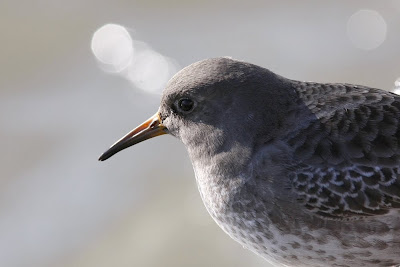 In the last shot it's easy to see the difference between the winter scapulars and the un-molted wing coverts that won't be turned over until spring (assuming the bird figures a way out of Lake Michigan).
Posted by Matt at 5:48 PM