I missed the CBC this year, having asked for the wrong day off 2 1/2 months ago when we had to put in our requests. That being said, from Tim's description of yesterday, I didn't miss much.
In fact, we added a handful birds today than didn't appear yesterday. Unfortunately we were up on the dune preparing to leave when the best flew by, a male Harlequin Duck. It flew past the end of the pier, landed, and was gone by the time we got out to the end.
A young Glaucous Gull did pass by, also a Count-week bird. 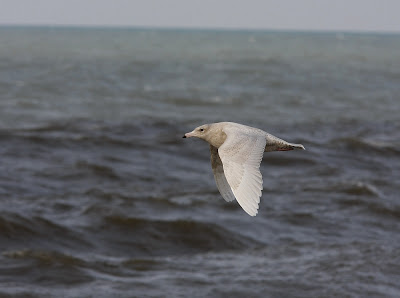 We were actually able to chum it in with some bread, the first time that's been successful with a Glaucous Gull 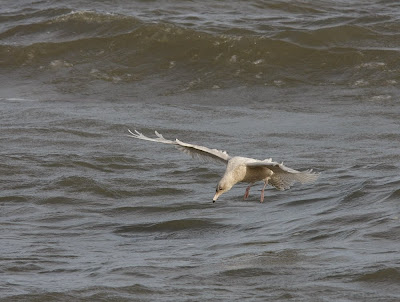 While we were fairly satisfied with the first pass it made by the pier no one was going to argue if it decided to go by a few more times... 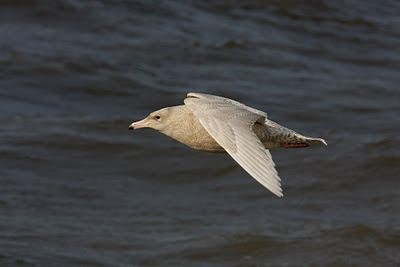 Ideally I would have stopped the aperture down a notch when it got into the brightest of the sun, but couldn't really pull off the thumb-focus even if that had occurred to me. 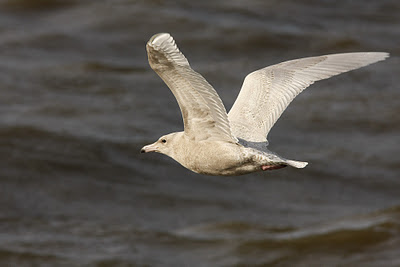 We saw several ages of Great Black-backed Gull. Here's a montage of a neatly-plumaged first year bird that was flying with a 3rd or 4th winter bird. 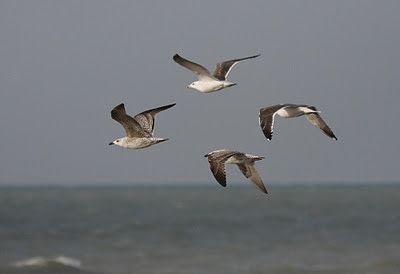 The solid dark bill of the above bird contrasts with the patterned bill of the next bird, probably a 2nd cycle bird with somewhat more ragged upperparts. 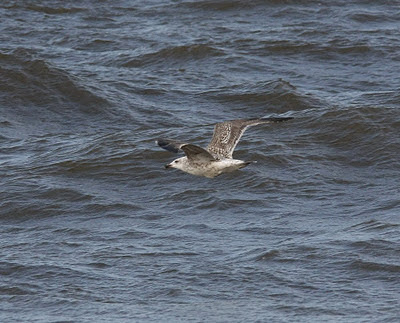 Here's a better shot of the 3rd or 4th cycle bird, nearly adult, but with slightly paler browner mantle than an adult would have, and the ring-bill that a lot of gulls display a year or so before they get full adult appearance. 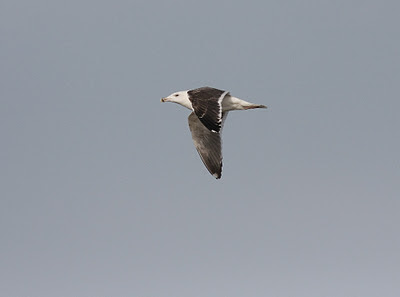 Finally a montage of a distant adult. 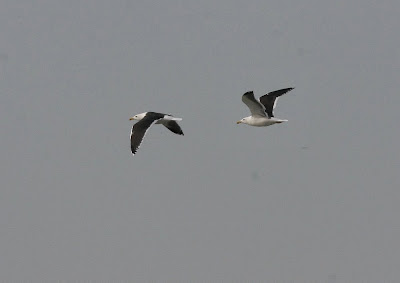