I fell behind on blogposts while in Florida. We're back now after the kids' maiden voyages to Disney and I at least have material for a few more after this.

I only had one morning of actual birding aside from carrying bins and camera into the themeparks. I was hoping to find snail kite, but no such luck. My first spot for it had a couple eagles that were fairly acclimated to people at the boat launch. 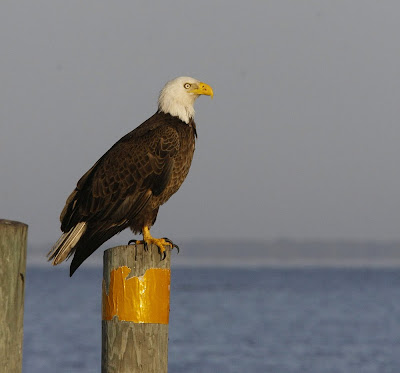 At times they would call actively when another eagle would go by, sounding a lot like overgrown Herring gulls. I like the "Harley-Davidson" pose of the bird on the left: 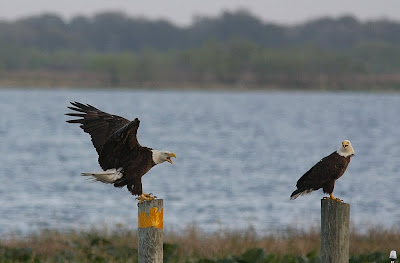 I probably stayed too long at that kite-less spot but I didn't want to leave until the light was fully on the eagles.

A Red-shouldered Hawk tee'd up nicely on the way to my next spot; the Florida morph (subspecies?) is paler than ours is. 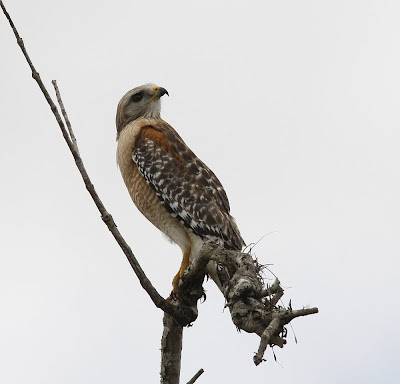 I was always a little slow on the draw the two times Caracaras flew past. 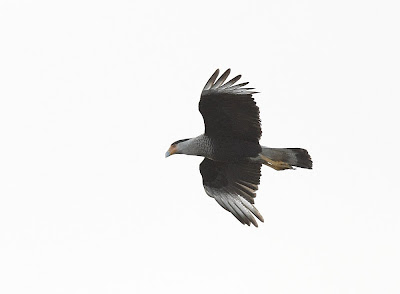 Black vultures were very common, though not quite as abundant as the TV's. 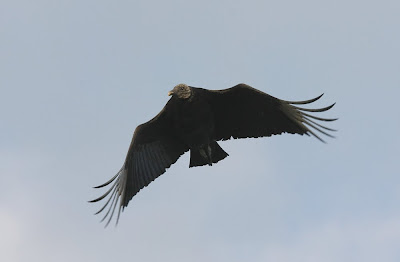 This was as close as I came to a Snail Kite: 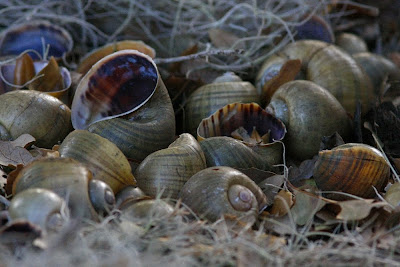 Piles of old Apple Snail shells had washed up out of the lake in places. They weren't quite the size of apples, but the larger ones were certainly the size of large plums.

Matt, from the photo of the eagles on the posts, this location looks like Chisholm County Park on Lake Toho (abbreviation - can't recall the full name) where I went with a group last April to look for Snail Kite - we dipped, too. Although, I have to say it was a very nice spot for a variety of other birds.