I remember when I was a kid seeing large numbers of White Ibis fly into mangrove roosts at Ding Darling way back in the day, but have never been that close to a roost or rookery (I understand the Gatorland park is excellent in this regard). However, as we were leaving the Animal Kingdom Disney resort, large numbers of White Ibis started settling into the trees along a little stream. There were enough of them to draw oohs and aahs from the general tourists. 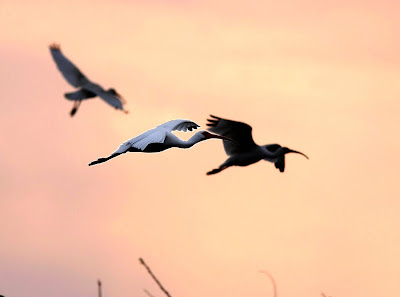 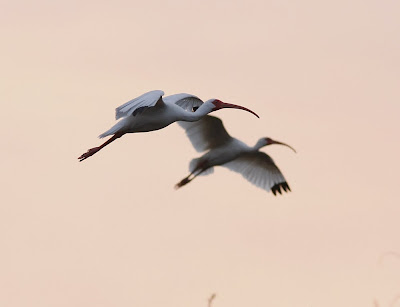 This view looks like a composite image, but is really 3 birds landing in tandem. 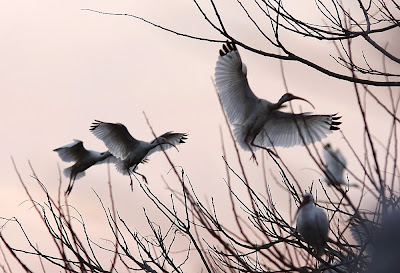 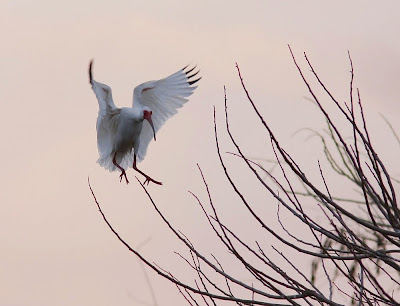 Squabbling would break out when birds would settle within billshot... 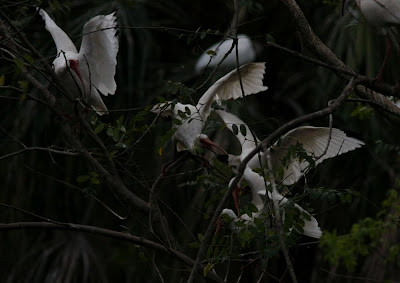 Others with more room were calmer. 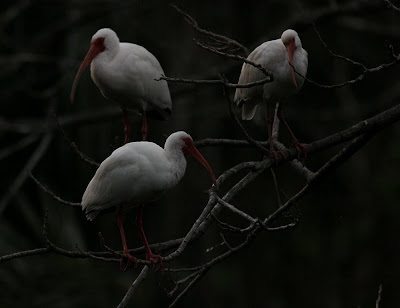 A nice fill flash would have been nice by the end though.