Between consistent north winds and limited free time I've fallen fairly behind on posting. Most of the birds at Tiscornia have been way out over the lake though this Common Loon came in closer than most. 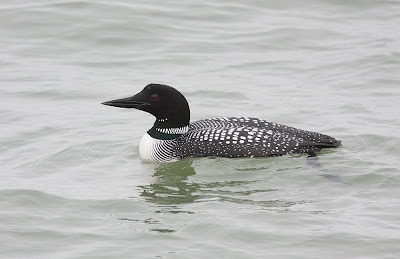 With the northerly winds at least as many birds are going south as north, at least close to the pier. 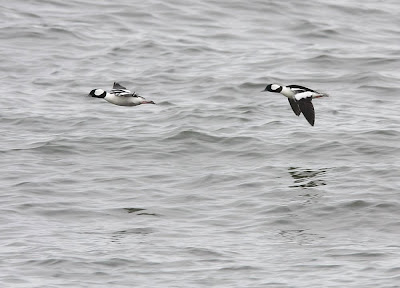 There have been a few mornings with nice morning light. The car worked well as a blind at a local pond for these ruddies. I'd like to get out in the kayak on one of the Grand Mere lakes though I don't know that there's going to be time. 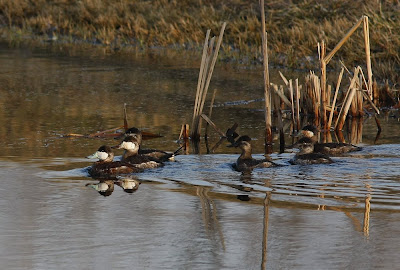 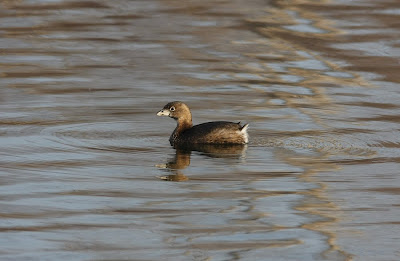 It feels like there's been fewer Horned Grebes about the piers, but maybe it's just the north winds slowing things down. They range pretty much from close to winter to close to breeding. Some are in the potentially confusing intermediate state. 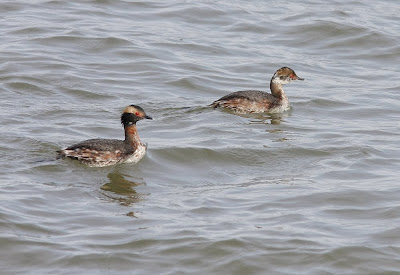 I'm not sure if they can be aged at this time of year. There are some head shape differences between sexes in the winter, but I'm not sure how reliable they are once they start getting plumes. Presumably there's differences in the migration timing between sexes and age groups. It feels like the birds' molt is farther advanced this year than last, but perhaps I'm seeing adults now and more slowly molting younger birds are still to come.
Posted by Matt at 12:22 AM