We spent one day at Disney's Animal Kingdom, somewhat of a hybrid between a zoo and a theme park. It was very crowded and follow's the Magic kingdom layout of a central hub and a bunch of small areas radiating off from there leading to a lot of congestion.

I was hoping to show the kids spoonbills on the trip, and lacking a chance to get out and show them wild ones, at least got to show them some captive individuals. 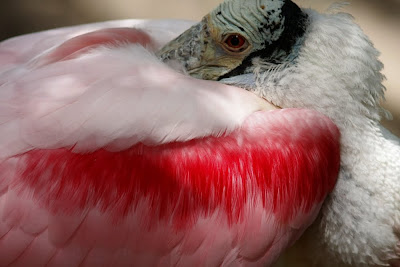 I think the Scarlet Macaws were their favorite; they're featured prominently on one of the Dora cartoon episodes. 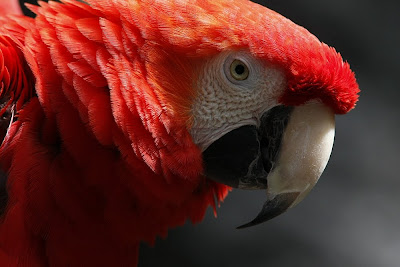 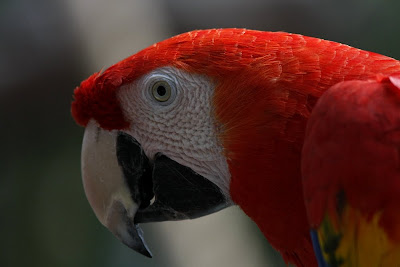 It's easy to see why they're valued as pets.

This is a Lesser Flamingo (from Africa I think). 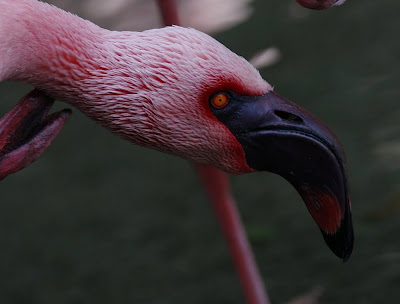 They had a show where they flew different birds over a little amphitheater which was well received. This is a sub-adult King Vulture. 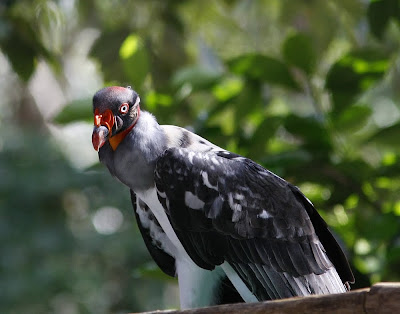 A Harris hawk skimmed just over the heads of the crowd. 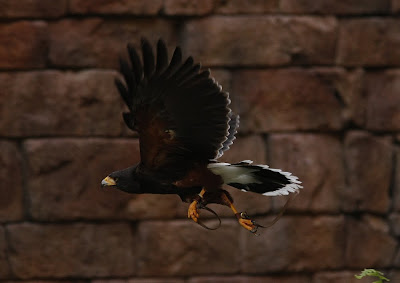 They didn't fly this Spectacled Owl, but brought it out at the end for people to walk up and look at. 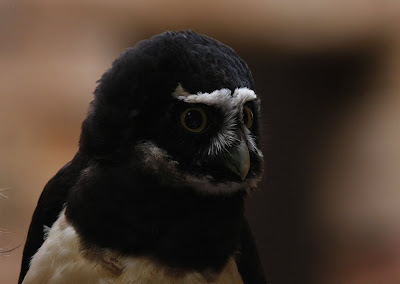 Finally a shot of a blue-and-gold macaw taking flight... 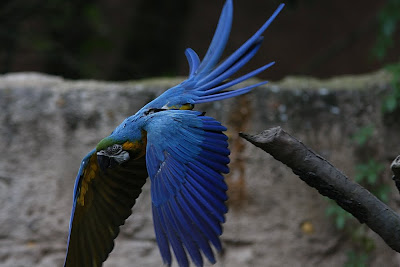