New Year's birding kicked off with a Coop mantling over some prey item in a neighborhood yard. I made a quick U-turn and its mate flew past as well. 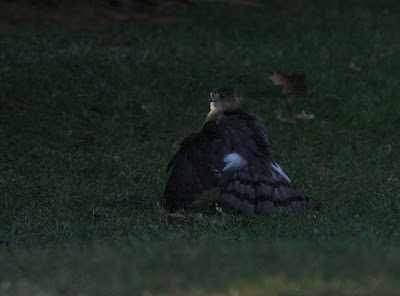 Tiscornia was relatively quiet. This flock of pintail flew south. 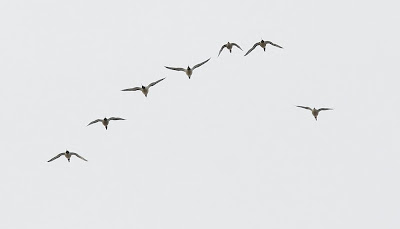 The last couple of days have been warm with south winds, a couple years ago a large number of Pintail were observed going back north in such conditions at a similar time of year, these were probably correcting themselves.
This Pine Warbler has been hanging out in the Sarett pines with a group of chickadees for the winter so far. 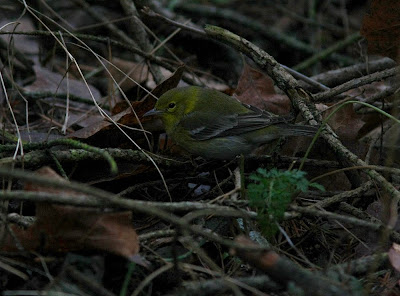 A few years ago I had one in December which the seasonal compiler for North American Birds apparently found un-convincing. From a year-listing standpoint this was probably the best bird of the day.

This is probably the same Snow Goose we had on the CBC, again in the periphery of a large Canada flock in the Scottdale plains area.

A drake Hooded Merg was displaying for 4 females in the New Buffalo harbor. 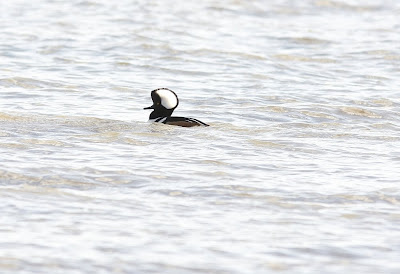 It would sometimes chase away male Mallards. With the backlighting you can see how much of the head is feathers. 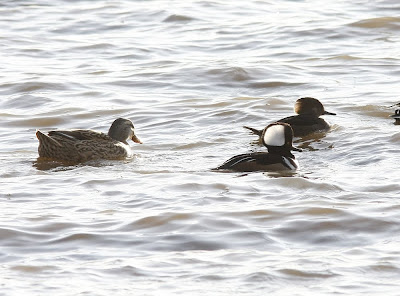