Crystalline Commons and a fishy Crow

With my group's additional contract, I've been working more hours this month than I ever have so I haven't been getting out a whole lot.

The bitter cold that's set in had nicely frosted the riverbottom this morning and the backlit iced limbs motivated me to target some of the feeder birds given the nice backgrounds. 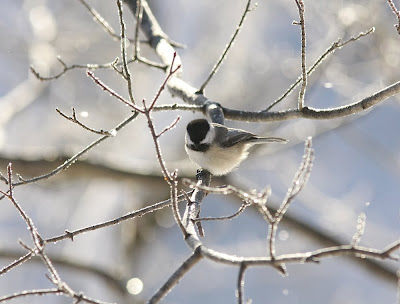 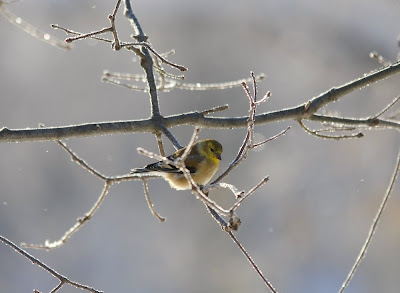 With most of the overlooks frozen over I took a drive past Forest Lawn landfill about a week ago. There weren't many gulls, but I was surprised to see a (silent) crow a size smaller than all the other ones in the flock since my assumption is that the Forest Lawn Fish Crows would draw back down the Mississippi like the Illinois ones do (or to the Atlantic coast if somehow they're colonists from western New York) 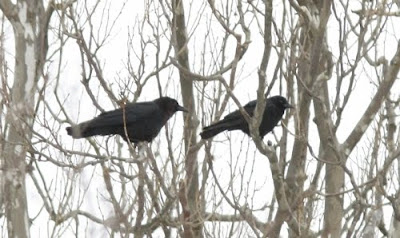 A closer look, though, showed a bird that wasn't very glossy, though the lighting wasn't good. The bill looked pretty normal too (though there's probably some overlap in the bill).
I held on the bird until it flew.. 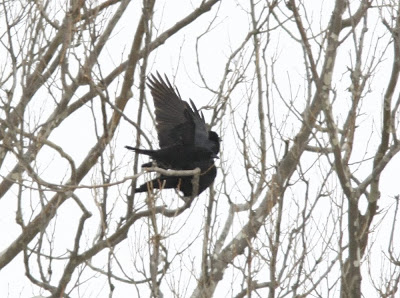 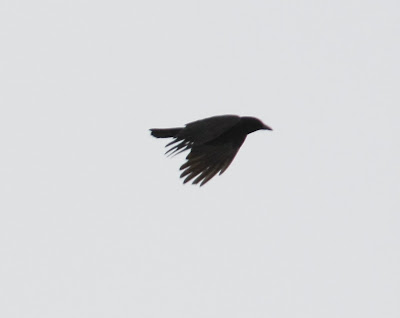 ... which shows p9 to be about the same length as P5 giving it a broad winged look, below is a file montage of an American in flight with the same proportions.

That can be compared with my only spreadwing Fish Crow shot, note the appearance of much pointier wings given that p5 (and probably p6 too) is much shorter in the smaller species: 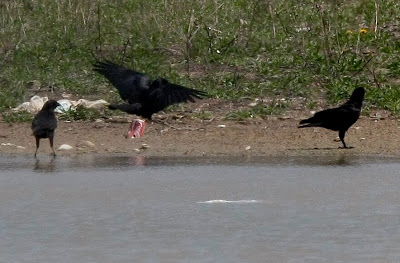