The Western Grebe continued. It hung around the end of the pier all day, finally allowing some decent pics. Remember, the bill is the most important ID feature. Clark's Grebe in any season has a bright yellow bill without the dusky dark edging on the upper and lower edges. Also note how low the dark coloration is below the eye. 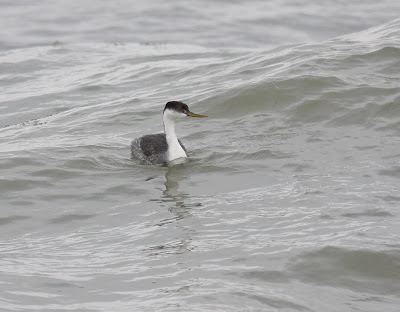 This Long-tailed Duck was around yesterday too. It made a few passes around the pier,
getting on top of us fairly quickly each time. This was a snapped off shot with the focus kicking in on the 2nd frame, remarkably fast for a flight shot. 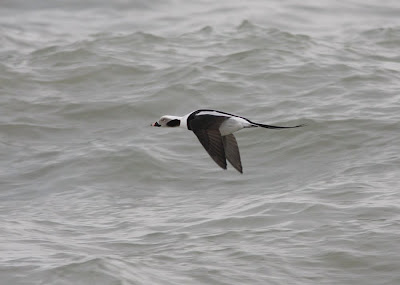 Here's a female coming in for a landing... 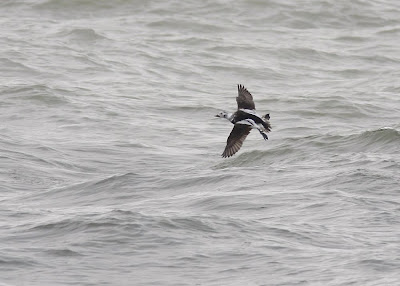 Continuing the theme of black-and-white birds, here's the Western with a Horned Grebe. I shot some HD video with my wife's latest toy, a point-and-shoot type video camera that she got for the kids' Christmas program during which I had to work. The video is here. 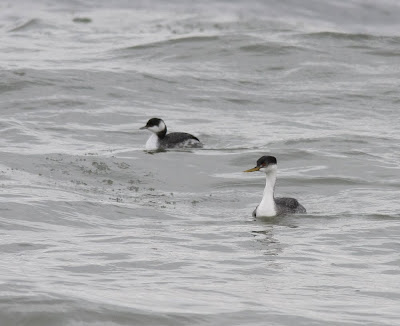 This is a combo of birds that can't be common many places in the east:

Red-throated Loons are write-up birds for Michigan CBC's, but they're common in southern Lake Michigan in winter. There were at least 8 swimming in the river outflow, joined here again by the grebe.

We had four Bald Eagles appear to the north, two of them continued past while two others circled back north. The eagles seem to universally cut behind the dunes rather than following the beach over the piers. 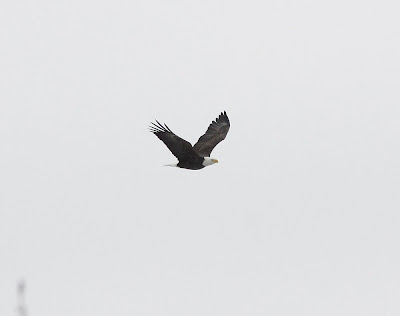 Finally, not the rarest of birds, but 3 Mute Swans that flew past yesterday made a nicely composed photo at least: 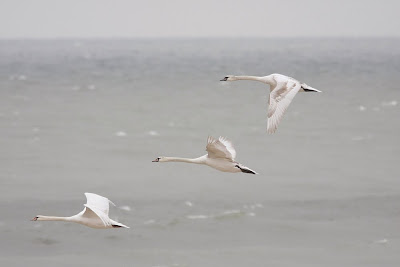 Just in case you're thinking about heading out the pier to try to see some of the birds up close, note the 2-4 inches of ice caking every surface... 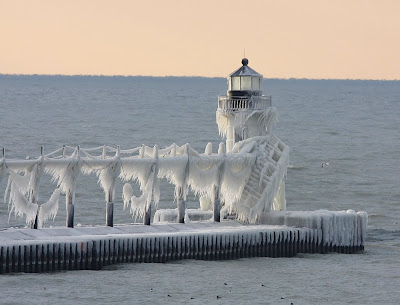 Great shots Matt. Are you still shooting handheld with the 40D and 300mm and 1.4x converter?