It was a black-and-white theme at Tiscornia this morning with both a drake Long-tailed Duck and the Western Grebe appearing at the end of the pier. The grebe didn't stay long. Up the beach a Glaucous Gull joined a Great Black-backed. The two heavyweights hung out somewhat, re-settling within feet of each other when the flock circled farther up the beach. 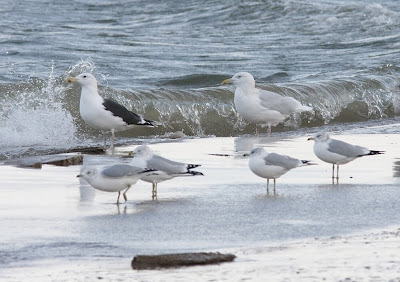 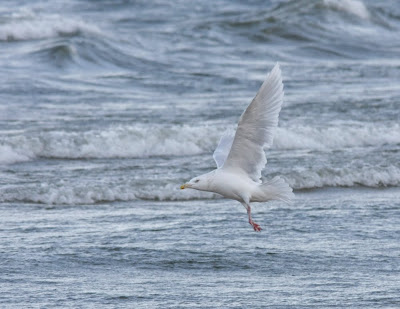 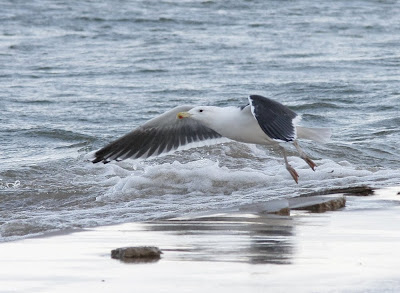 Some Great Black-backed's can have fairly dark eyes, vaguely recalling Western Gull. Just for the sake of argument, Western would typically show a very heavy gony angle, and less of a white tip at the ends of P9 and P10.

In the afternoon the kids didn't want to take a nap so I took them out to look for shrikes expecting them to quickly fall asleep in the back seats. As anyone who has gone looking for shrikes could predict, I didn't find one. I did however find this Red-shouldered Hawk. 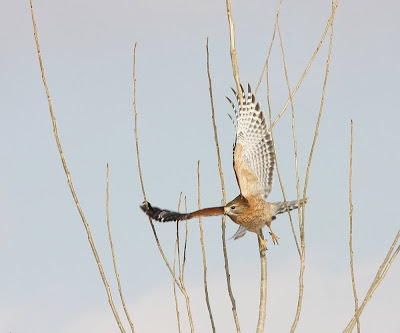 Some Juncos and Tree Sparrows were flying out of the little thicket which brought questions from Hazel and I explained that the little birds were probably worried that it was a Cooper's Hawk. Hazel then asked what a Cooper Sock was. This led to about 10 minutes of high comedy for the girls as they decided they were wearing Cooper's and Red-shouldered Socks.