Enough of the museum for now.

After checking a few Royalton grassland spots this afternoon, I headed down to a spot in Buchanon twp (though on the far side of the river) where a colony of dickcissels was discovered a couple weeks ago. 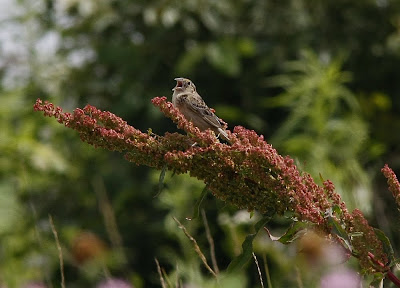 The Groppers in this field liked to perch up on curly dock; in the past I've usually seen this species on small shrubby things, though most of the osage orange shrubs in the field were bigger (and occupied by red-winged blackbirds or dickcissels). 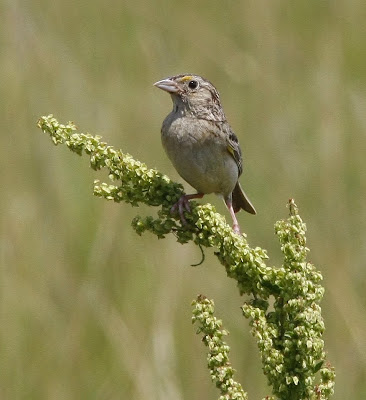 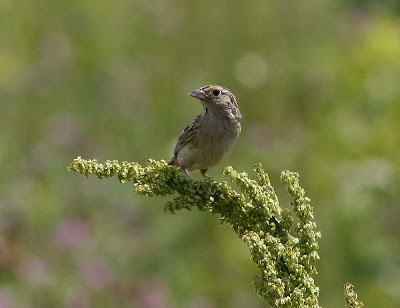 Of course Dickcissels were the primary reason I went. I'm not sure what this silver-leaved shrub is, but it made for a nice effect (which would have been nicer had I been able to get a cleaner shot at the bird)... 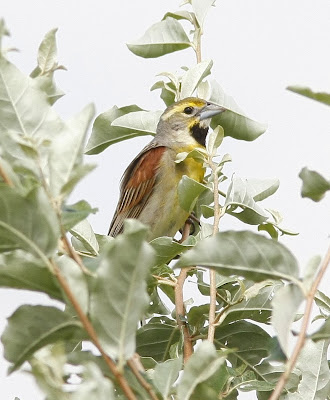 This dickcissel was singing in front of a somewhat puzzled RW Blackbird which kept looking down at the dickcissel when it would sing. There's a good chance that the blackbird is already done breeding while the dickcissels are still getting settled on territories. 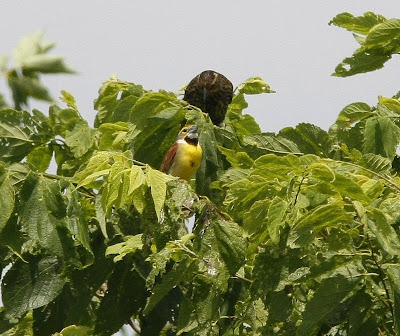 Its been a good year for Dickcissels. Nice photos, Matt!