Or perhaps more accurately, back from camping. Over the weekend we camped on Nichols Lake a few hours to the north.

The birding highlight was kayaking out after one of the loons that would forage on the lake in the evening. They were probably nesting on one of the other lakes in the area and I would hear them calling from time to time. 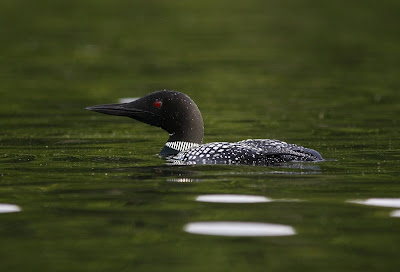 Here's proof that fishermen aren't the only ones to catch "weed pikes." It gacked up the weed after a couple of attempts. 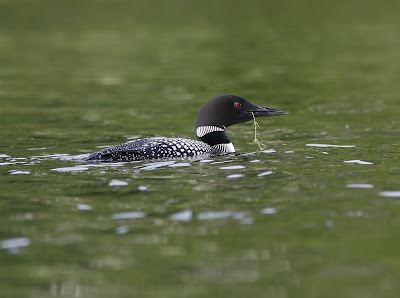 Passerine photography was hard, it was overcast (or raining) most mornings, though the sun would peek out in the afternoon after most things had quieted down. This vireo was quiet (but moving enough for me to pick up). 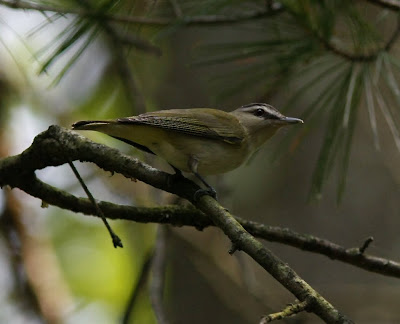 A hundred yards away I spotted a bird land and settle into a nest, the first vireo nest I've ever seen. The cup was much deeper than I expected, closer to an oriole's than the chipping sparrow and robin nests I'm much more likely to encounter around the yard. 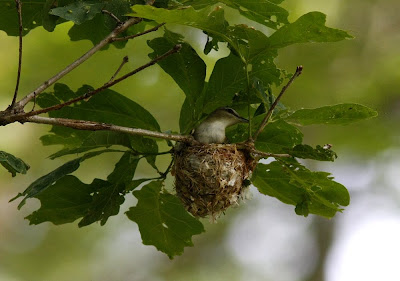 Given their penchant for singing from the canopy I was surprised to find this nest only about 12-15 feet up. Per Kaufman's Lives of North American Birds, it turns out they're usually 5-30 feet up, but have been as high as 60 feet up. 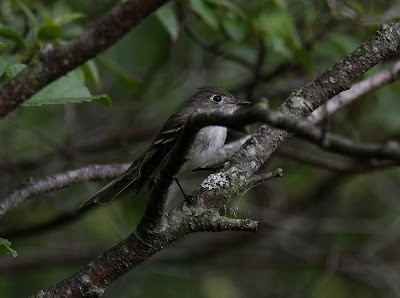 I had some hope of getting a decent portrait of one, but they tended to sing from much higher up in the trees than they tend to be in migration. Twice territorial birds started chasing each other and went lower than normal. Each time I was able to stop a bird with a pish or two, but never managed an un-obstructed shot.