Here in Berrien we've found that we're not really limited to 4 seasons. While everyone is familiar with spring, summer, and fall, not many people realize that the next season (from about the 3rd week of October through the CBC period) is actually the season of Merganser which precedes winter. With less frigid weather, but still no green or passerine migrants of consequence, I would term the current season Ambiguous Grebe. 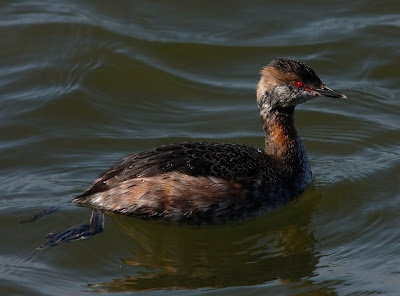 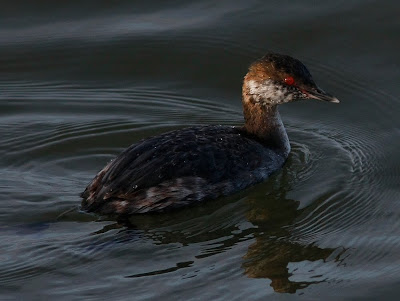 This one's not so hard. Honestly the majority of the birds today were past the confusing transitional stage though a couple were still barely moving out of winter plumage. 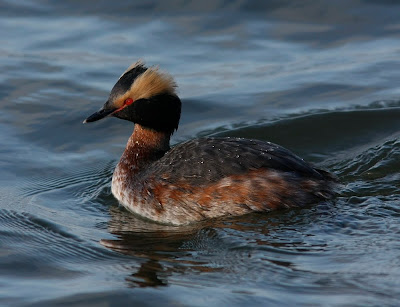 Both Red-throated Loon and Horned Grebes were flying north in numbers out over the lake. This was probably the first time I've seen double digit grebes flying steadily north (though up to 20 or 25 will loaf about off the piers during this period).
Kaufman (1996) agrees that they generally are night migrants though may do so during the day along the coast. 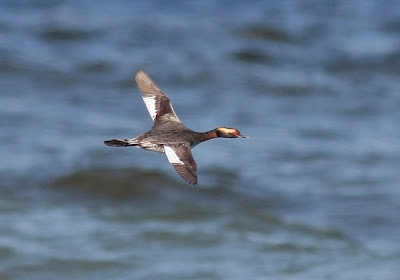 We'll see what tomorrow will bring, it should be the start of a prolonged period of south winds (after the last 2 weeks have been dominated by north).