This post officially puts all Pacific Loons, Sprague's Pipits, Brown Pelicans, LeConte's Sparrows and anything else on notice that they can no longer slip through Tiscornia Beach trusting the alpha-error phobia of committees/compilers/they-saw-what???-general-birding-public to not be written up or else in the rejected bin sans photos.

I finally caved and bought a used Canon 40D off E-Bay. Tim let me borrow his lens and I blasted a little under a thousand images, 95% of which are already in the delete bin.

Just imagine what this pic will look like when a Thayer's or Kumlien's flies by: 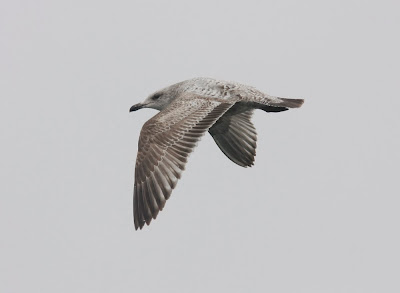 The lake was glass calm making for some nicely reflected composures: 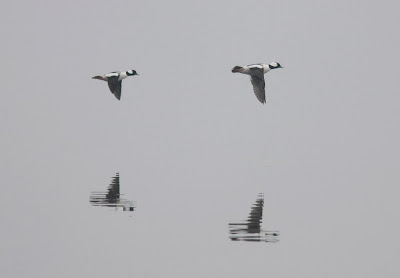 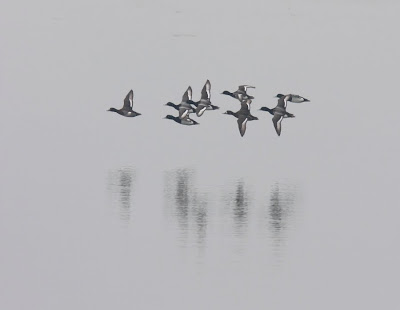 Here the scaup flared right over the pier... 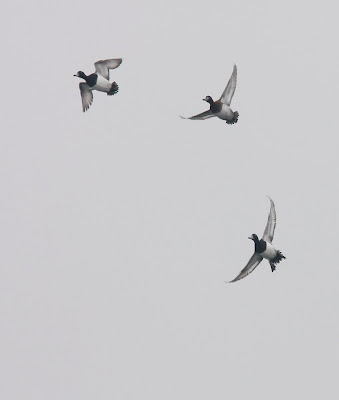 I was finally able to take advantage of a scoter right on top of the pier, but we'll stick with the novelty of flight shots for this post... 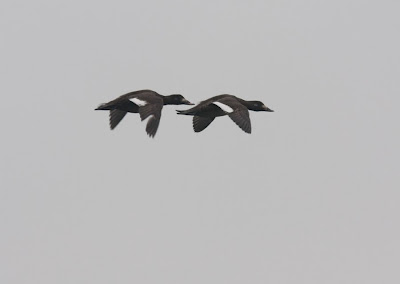 About once an hour we would hear a clamorous sound which I can only describe as combining a flock of geese and a distant freight train.

Long skeins of Long-tailed ducks would stream north in groups of 1000-2000 birds. The flocks would stretch across about half to 2/3 of the horizon when they would go by in numbers way out over the lake.