Someone found a Wood Stork at Shiawassee NWR yesterday afternoon and as it happens I had today off!  As this bird rarely gets west of the Appalachians, and I don't think has every been chaseable in Michigan Mike and I went up to see it.
As all good chase subjects should be, it was right where it had been described yesterday with a line of about a dozen cars and maybe 25 birders marking the spot. 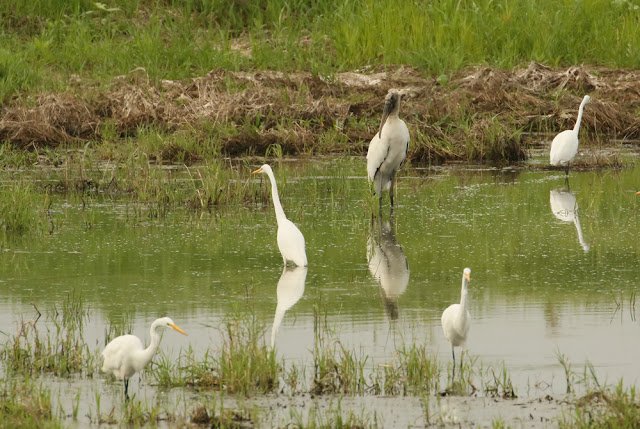 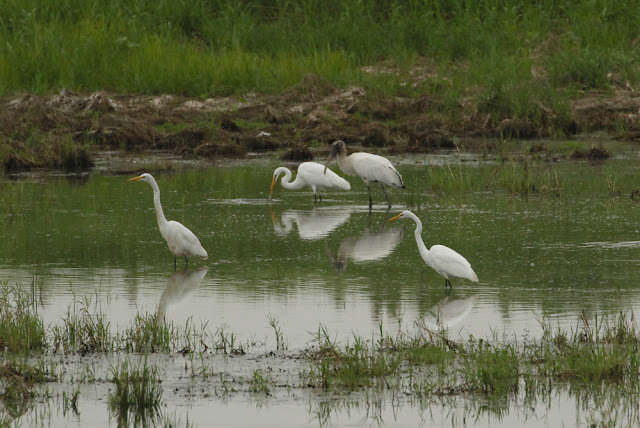 It looks like it's just walking in this next pic, but I'd forgotten how much they use their feet to stir up the mud with motions like it was searching for a light switch in the dark. 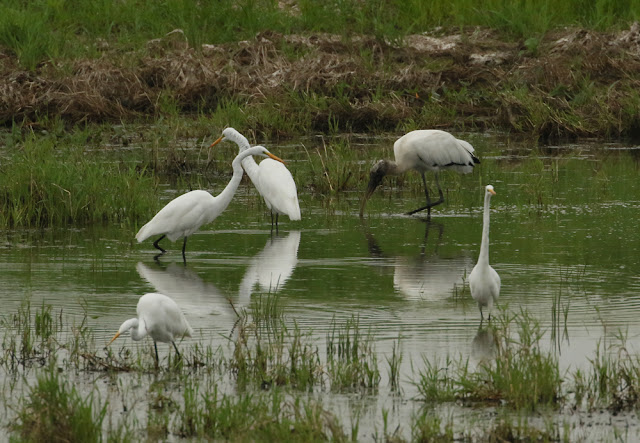 It's fishing efforts were pretty successful.  It wouldn't really lunge for fish at all, mostly keeping its bill semi-open and mostly submerged in the water.  Now and then it would close the bill and emerge with a fish at the tip.  A couple of tosses later and the fish would disappear. 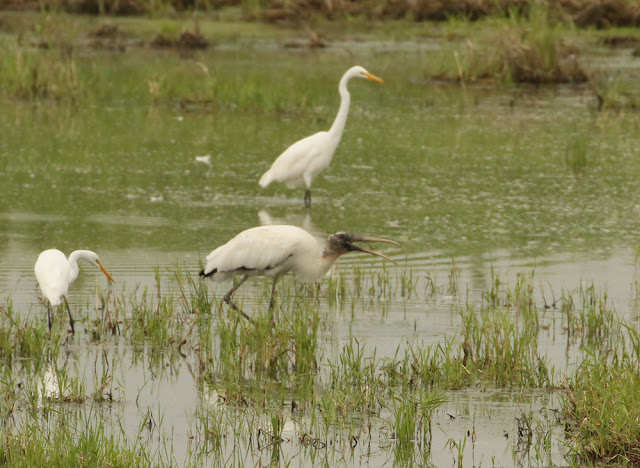 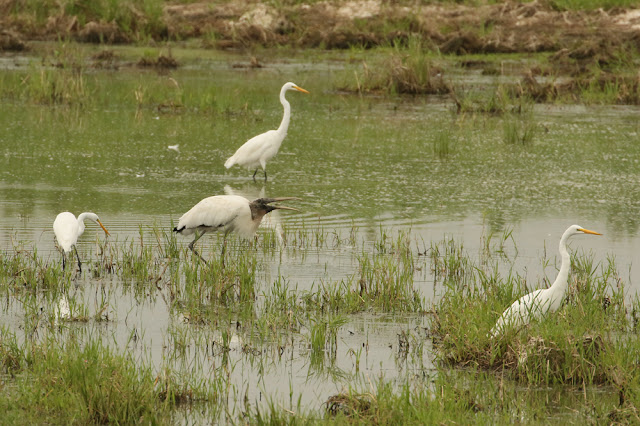 I'm certain I've never seen as many Great Egrets or White Pelicans in Michigan as were in Shiawassee today. (also never as many wood storks!) 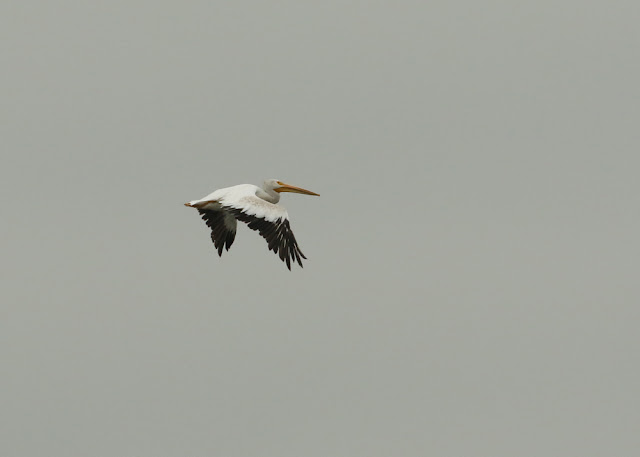 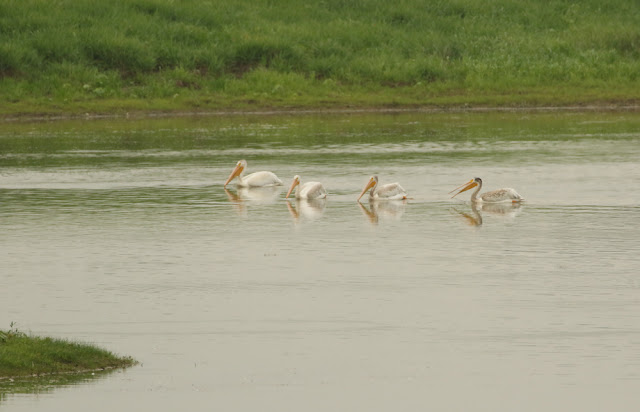 There was one flock of probably 75 pelicans in one place.
Finally a pic of a juvie BC Night-heron. 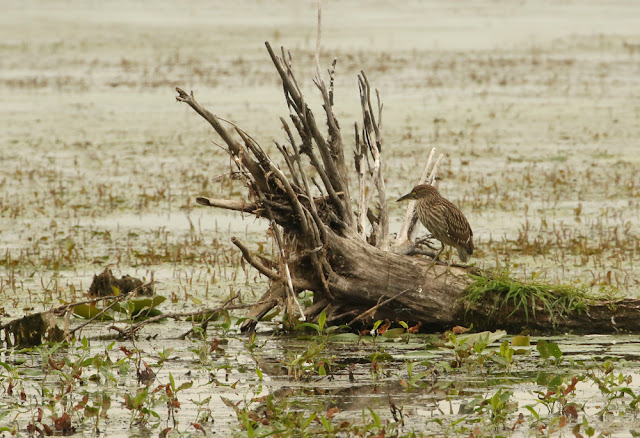 It could stand to be 100 yards closer with a bit more light, but I was pleased with the sepia tones.
Posted by Matt at 12:20 PM