Where the Crawdads Sing

I recently read Where the Crawdads Sing, by Delia Owens.  It has a lot to say about how trust can overcome the seeming juxtaposition between not losing independence but maintaining a relationship.  It's set in 1970's coastal North Carolina, and the author (a zoologist) uses a lot nature in the book's imagery and setting, and does it in a way that generally rings true.  It's one of the better books that I've read and I'd definitely recommend it.

What's the connection between the book and today's pics?  In the book the main character enjoys feeding her resident herring gulls and a couple times the author describes the young herring gulls pecking the red spot on the gony angle of the adults to induce them to cough up some fish.  This morning at Tiscornia there was an adult with not one but two juvies working away at this process.

It would start with the youngsters sidling up giving begging calls with heads lowered. 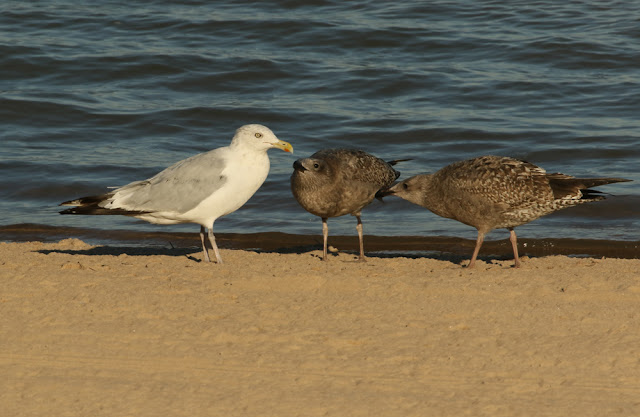 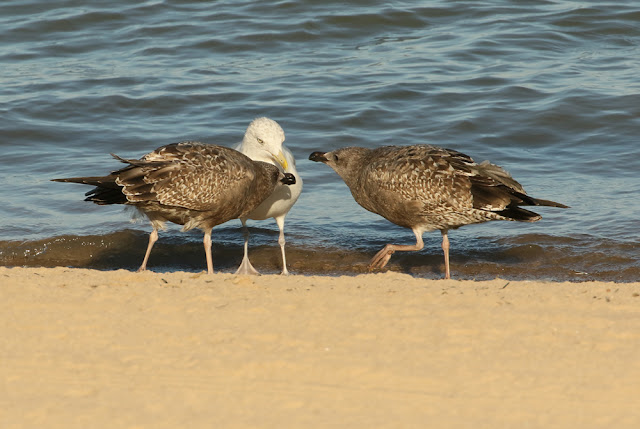 They would then basically start fencing, not jabbing at the red spot, but seemed to be trying to rub the underside of the adult's bill with the upperside of their bill. 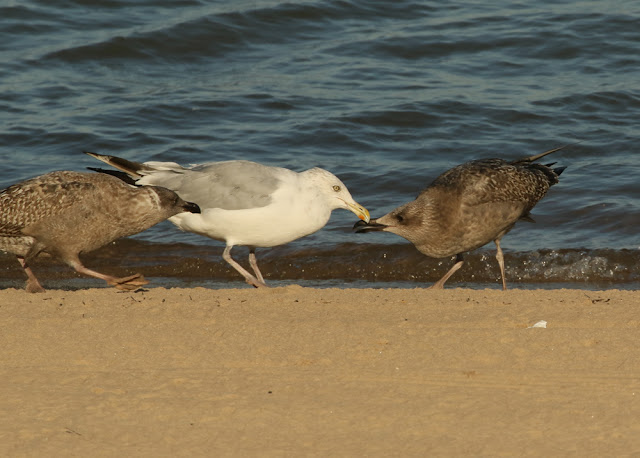 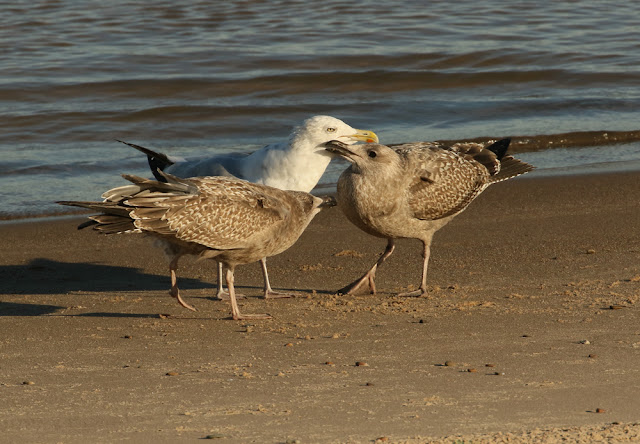 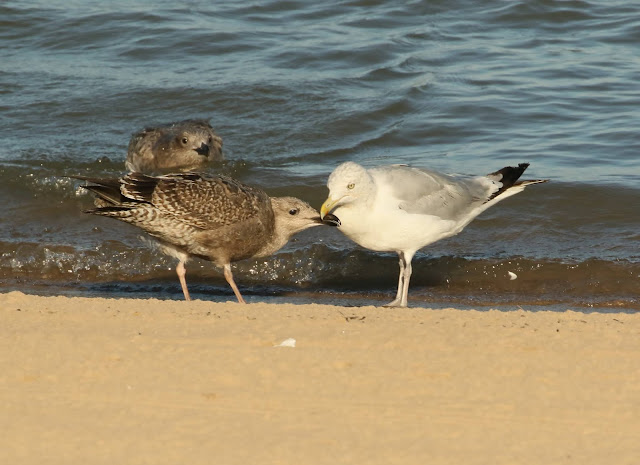 They could get pretty exuberant at times. 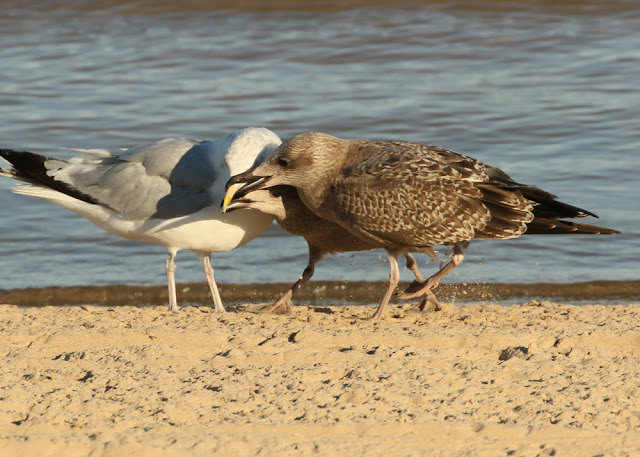 Eventually this would sometimes culminate in the adult yakking up some fish bits... 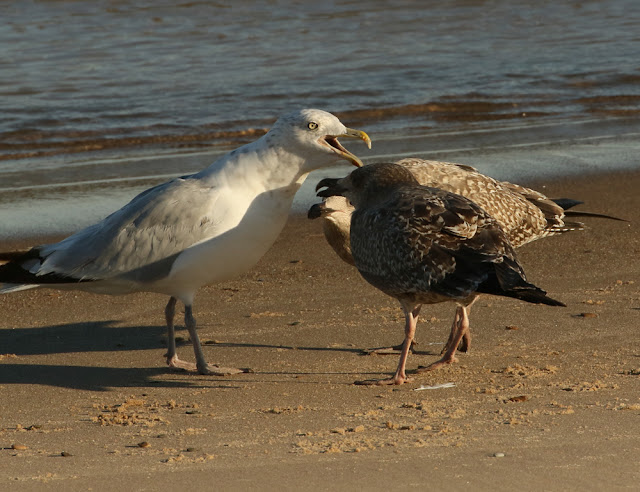 ... and cue the squabbling. 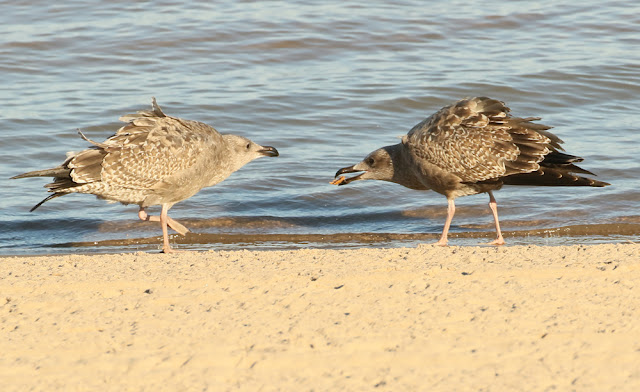 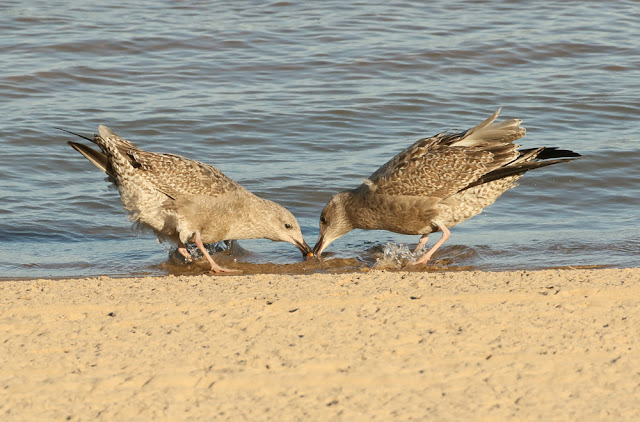 Sometimes instead of dropping the fish bits right there for the young it would fly around with them.  I'm guessing it was trying to encourage the young to chase after it, but interestingly none of the other gulls on the beach messed with trying to take the fish away. 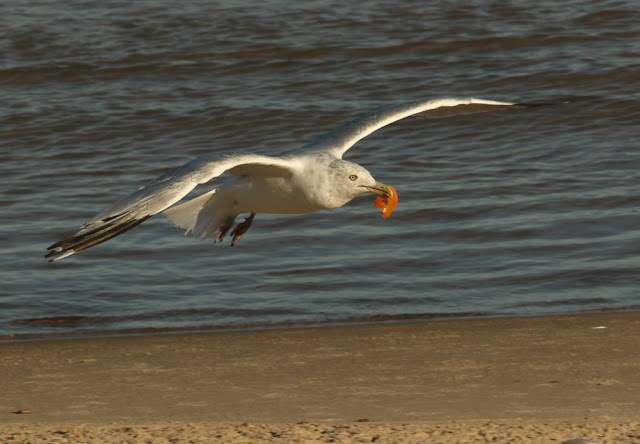 Part of the reason for that is probably that the adult was being pretty aggressive towards any gulls that showed an interest in the proceedings.
This second year bird was drawing its ire a fair bit by wandering over. 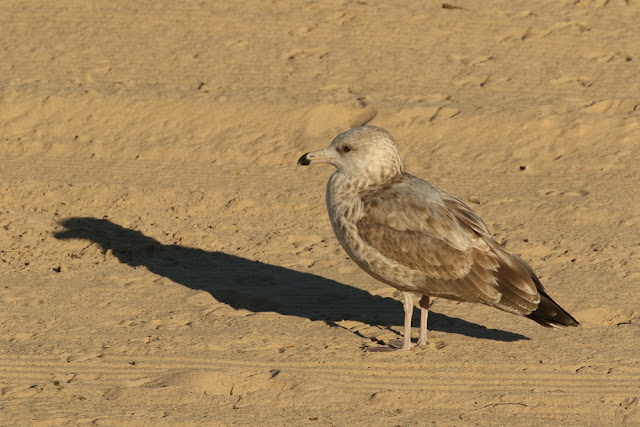 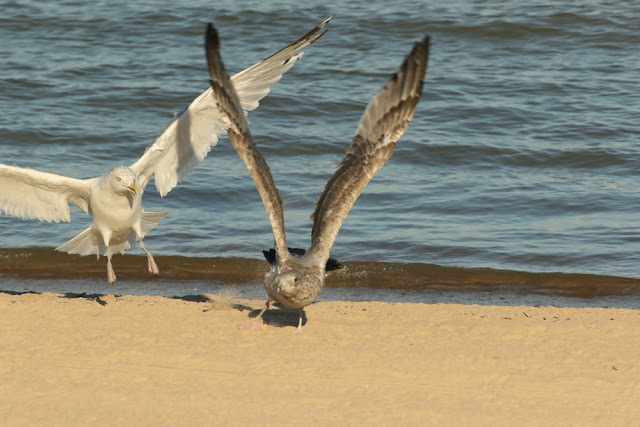 It got chased away repeatedly. 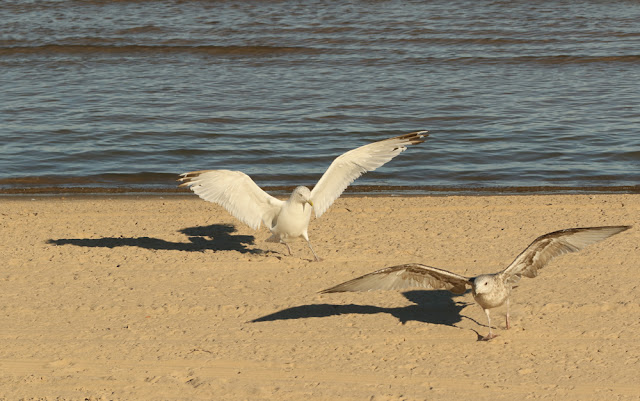 After a while the adult starting swimming out in the water, for all the world looking like a mama duck with a brood of ducklings.  I got the sense it could swim faster than the young birds and swam out for a break from them. 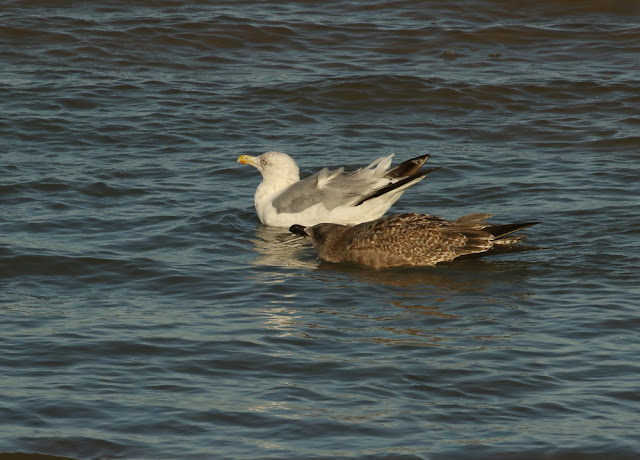 It'd always fly back in without going very far though. 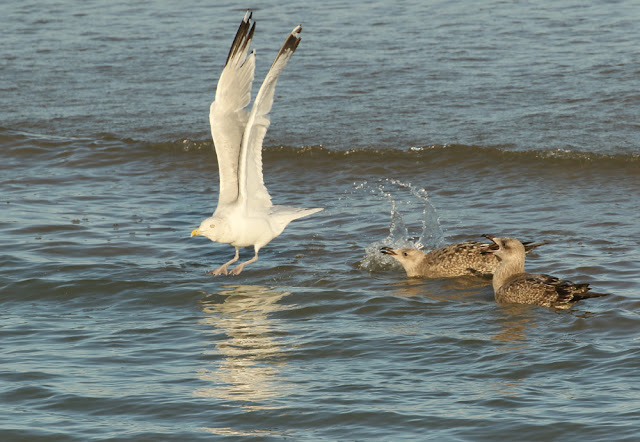 Eventually the process was repeated enough to be down to stomach juices. 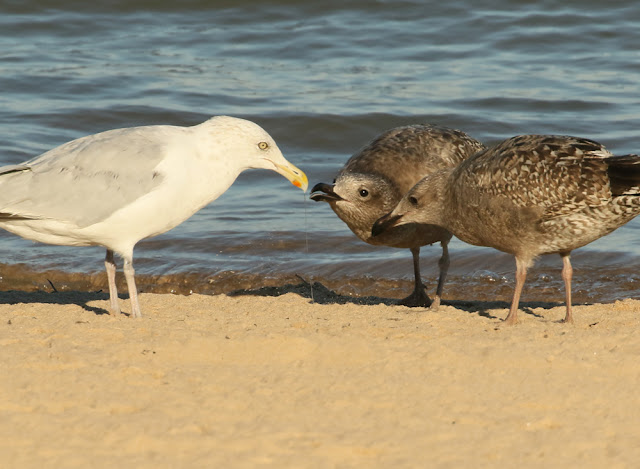 Mmmm, stomach juices.
On that note, there you have it, 15 pics of Herring Gulls.
Posted by Matt at 5:45 PM