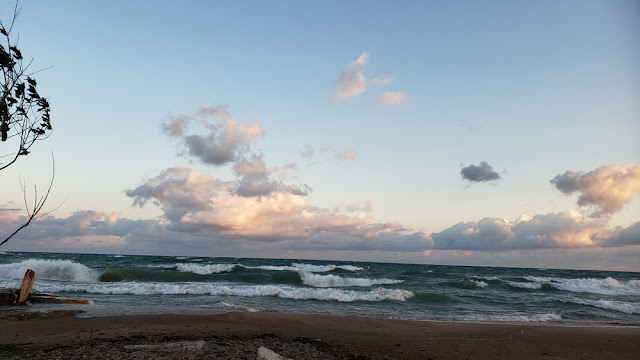 But daybreak was beautiful nonetheless 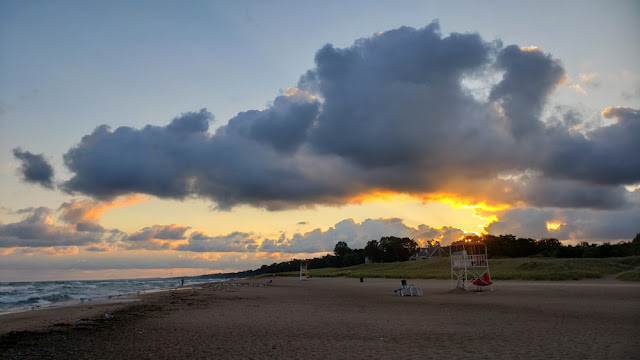 There were a couple of young Semi plovers in the inner harbor, but a kiteboarder sent them to the other side of the harbor.  A juvie Bonaparte's sat down on the beach.  Unfortunately it left before some of the group arrived. 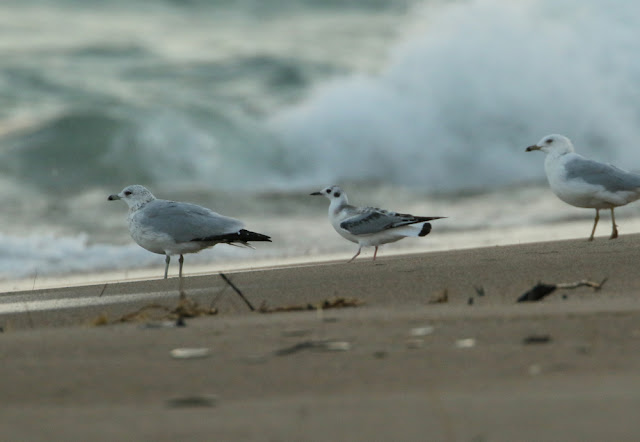 A lot of the birds were quick flybys low over the water and hard to get on in between the waves and the wind.  At one point though similarly aged Ring-billed and Herring Gulls gave some of the group some nice comparison views on the beach. 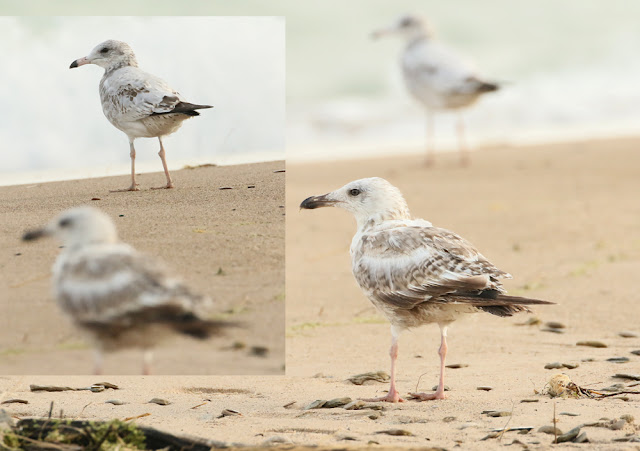 But for the most part it was Blue-winged Teal (with good numbers of Shovelor and a smattering of GW teal) busting past; the views weren't great. 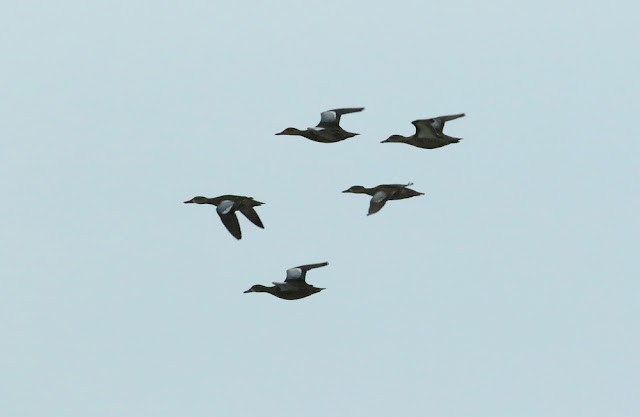 A good sized flock of (mostly) Common Terns was half a mile out and an even bigger group of Black Terns was even farther, but I'm not sure many of the group were able to get on these.
Best look was probably of a Bald Eagle that made about an hourly check of the gull flock making sure everyone could still fly (a Ring-billed nearly got taken out by the kite boarder's paracord, that could have been some interesting photos if the Eagle turned out to be unafraid of us if the gull had gotten injured). 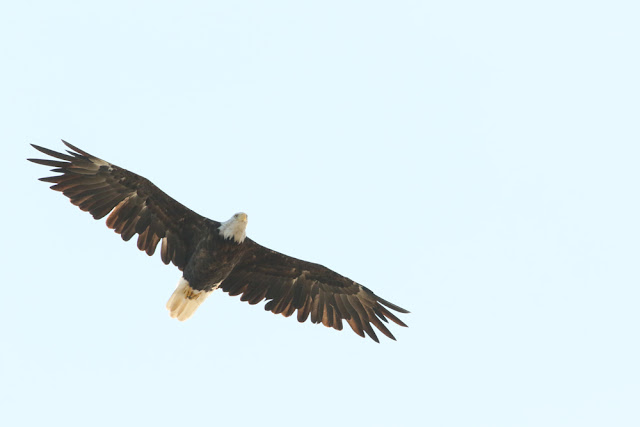 You can see how the eagle (like a lot of the really big birds) molts flight feathers in skip fashion (called staffelmauser (or something like that), I'm guessing German for skip molt) so it's not too seriously hampered at any one time.
It was a fun morning even if there weren't tons of great looks (though the spiced pecan scones were a big hit!)