Big shorebirds tend to show up following fronts and this morning was no different.  With clouds and west winds breaking the muggy heat we weren't terribly surprised to see an avocet land in front of the overlook.  I realized at that point I'd managed to leave the camera in the car, whoops.

I went back for it and about an hour later a flock of avocets appeared. 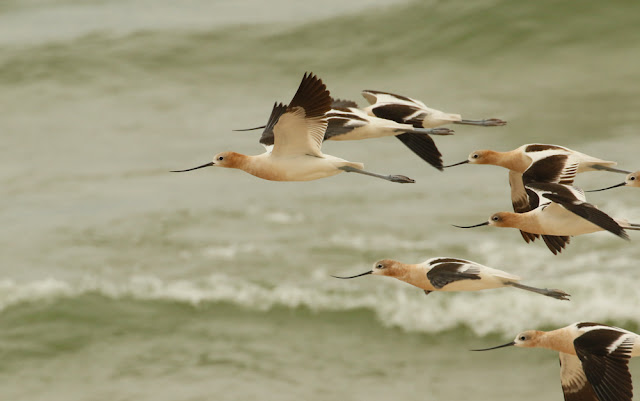 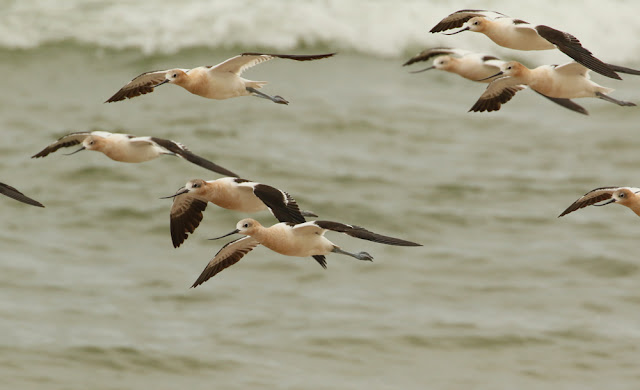 It was a mix of adults of both sexes (the males have straighter bills), just starting to get some wintry gray in their crowns. 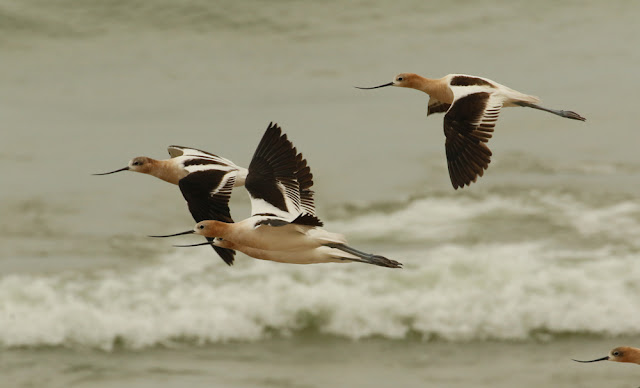 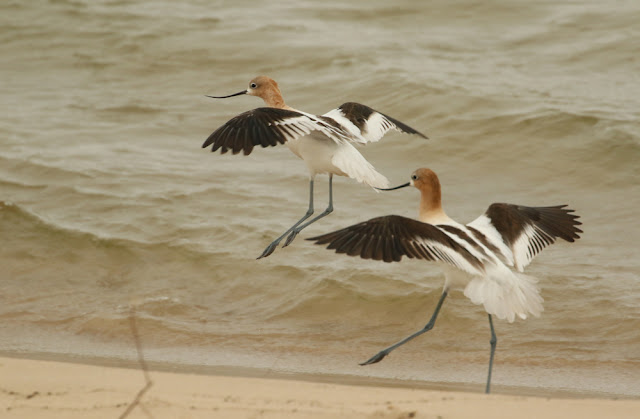 I don't know of a better visual representation of the whoof-whoof-whoof sound that a falcon's wings make when they bank close to you on a still day than the black and white secondary patterns of the avocets. 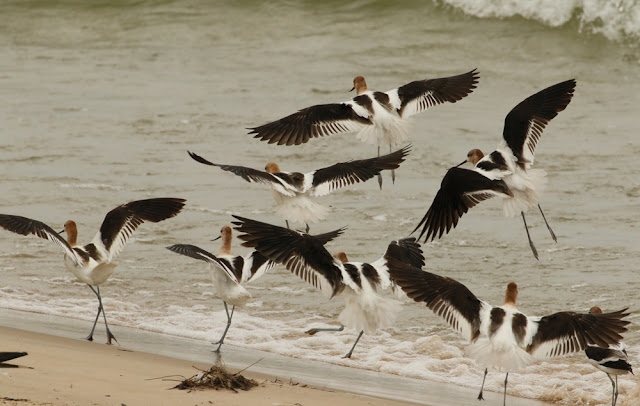 Finally a little yellow butterfly that caught my eye as the group departed. 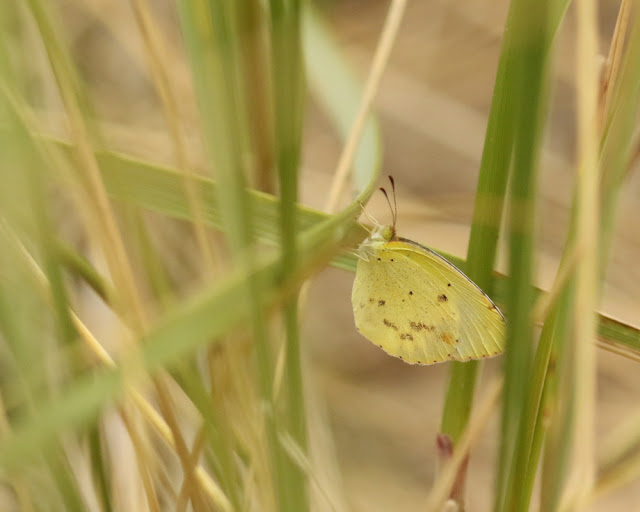 I looked it up, turns out it's called Little Yellow.  Go figure.
Posted by Matt at 9:26 AM