A Kentucky Warbler was discovered sometime in the last week at Love Creek.  Some people have been reporting Black-billed Cuckoo there too and I went to see if I could track one down.  I heard a bunch of Yellow-billed's, but no Black-billed.  At one point a Mourning Warbler - like song started up; I'd managed to forget about the Kentucky and it took a second for the song to click. 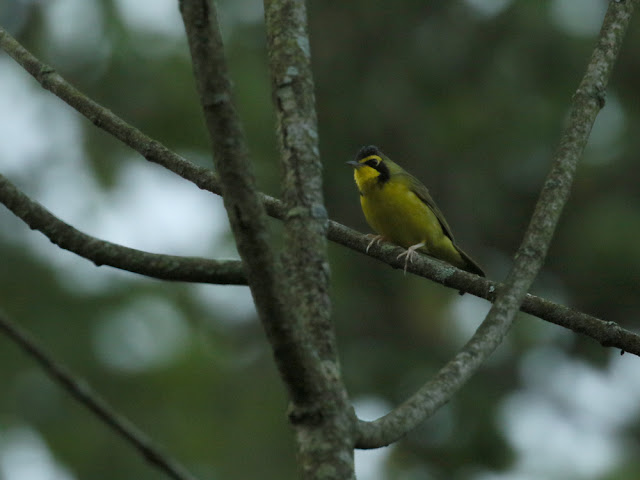 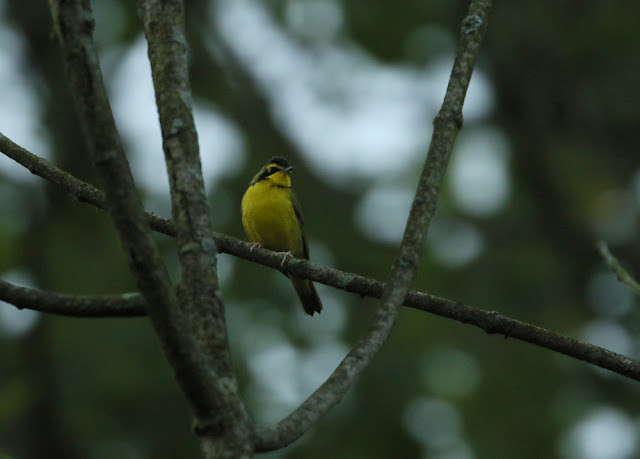 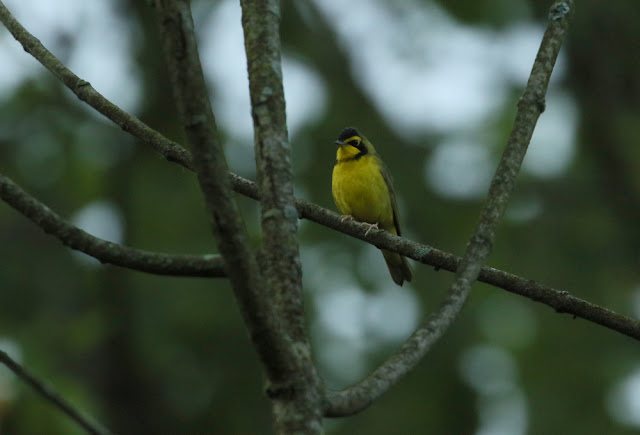 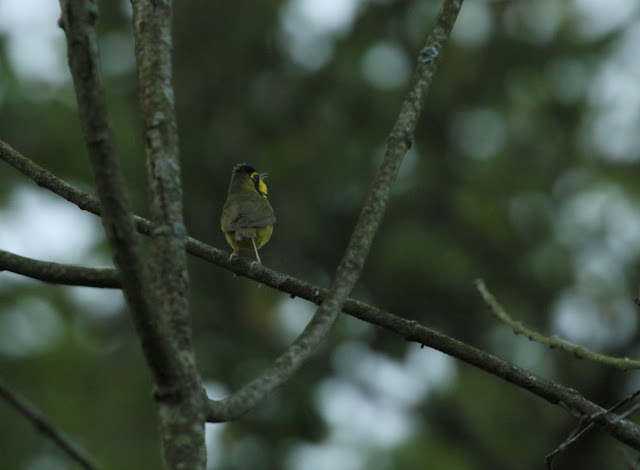 The bird teed up on a snag, not at all what I was expecting, and sang away.

The slight burriness of the song turns out to come from the bird actually doubling the second syllable of the Tory phrase.  The notes are too closely spaced for us to recognize them as separate, and leads to a bit of an internal echo.

When I looked a sonos of Mourning Warbler (one of its closest relations), it turns out they do the same thing, just with 3 notes in the second syllable of the Chirry phrase).  I should probably get an account somewhere to actually link the sound file; maybe later.
Posted by Matt at 5:45 PM