It's been SUPER slow in the midwest this spring; the birds are about a week late, if not more.  We'll see how much catch-up happens in the next couple of days.

The warblers are still dominated by early ones, Yellow-rumps and Palms are still common, with other early ones like Black-throated Green prominent sounds.  I haven't heard a Tennessee yet; usually they'd be dominating the sounds by now.  Black-and-White has also been pretty common at Floral. 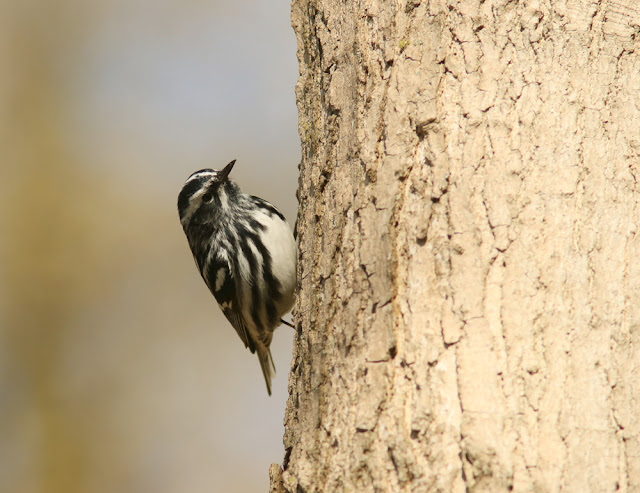 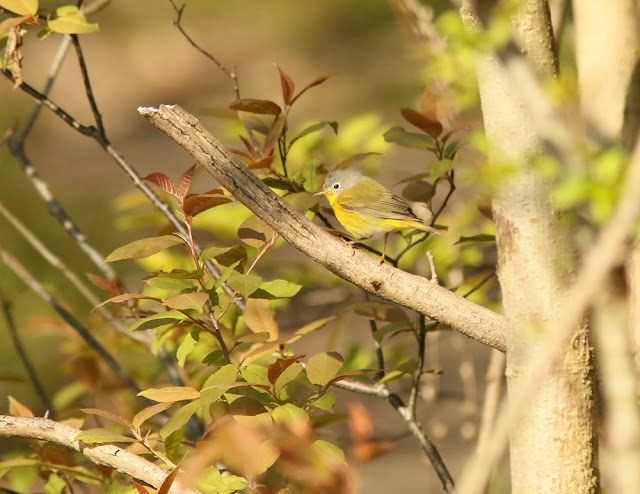 White-eyed Vireo isn't on territory every year in Berrien, and some years they're hard to find as overshoots.  I didn't get one at all last year.  This bird has been hanging out at Floral for about a week. 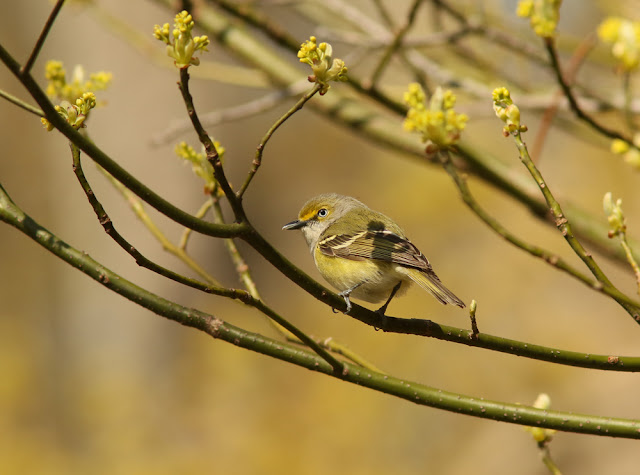 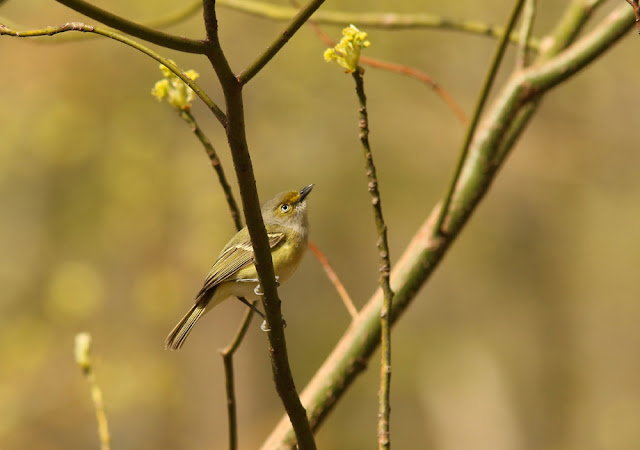 It basically has a new song each day. 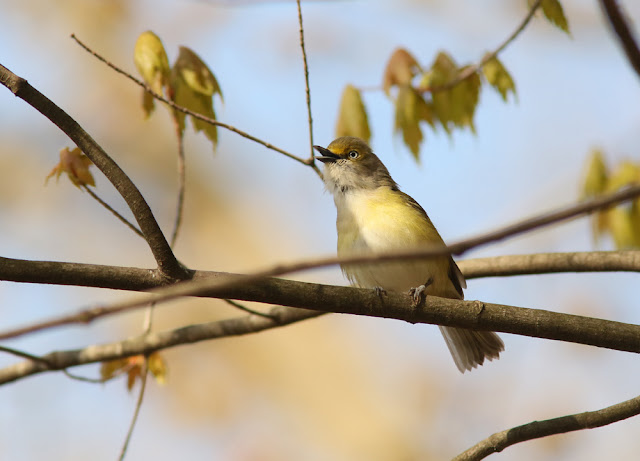 But the middle of the migration may FINALLY be starting.  Here's the flagship May bird 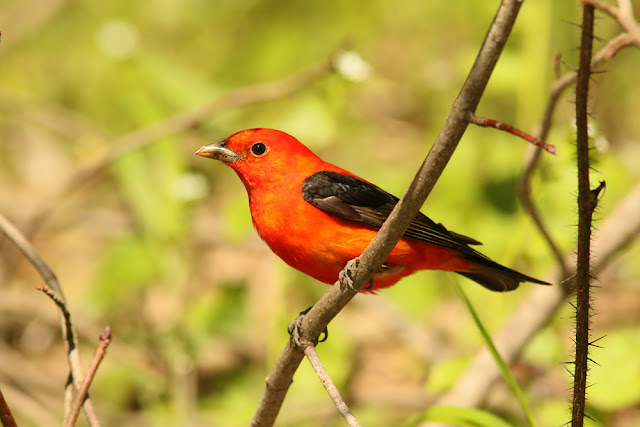 With the canopy still minimally leafed out the upper level birds aren't recognizing their territories.  The downside is that they're silent.  The upside is that when you do find one, it might be quite low.
Posted by Matt at 6:14 PM