Last week in lieu of the Covid cancelled Team Birdathon many of us did individual big days on the day Birdathon would have been held, a Solitary Birdathon.  It felt really weird to see 2 of the 3 people who would have been on the team all take up separate positions at daybreak fifty yards apart.  Big days always dawn with a ton of promise (well the ones that aren't already hamstrung by wind and rain), but I really missed sharing that excitement.  I didn't stay long at the beach.

Ironically a Solitary Sandpiper, the day's emblem, was in the first 20 or so birds of the day; I'm not sure the sun was quite up when this was taken. 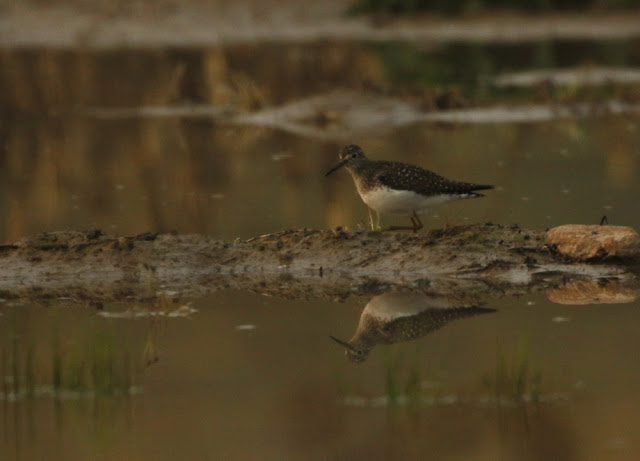 With many of the southern warblers not really singing in the bare canopy at the time I didn't have to worry about being the last to hear Yellow-throated Warbler as I seem to usually be; there wasn't one to be heard at all!  I did manage to see a silent one, but Cerulean eluded me (as did a bunch of canopy birds like Acadian Flycatcher).  There were birds about though, I don't usually take a ton of pics on big days, but anything in a flowering red bud is fair game. 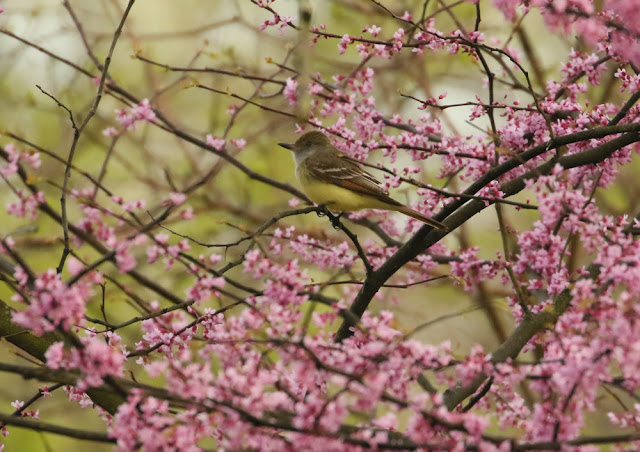 This was a really good spring for Gray-cheeked Thrush, to the point that I started photographing them just to prove to myself that I was ID-ing them correctly. 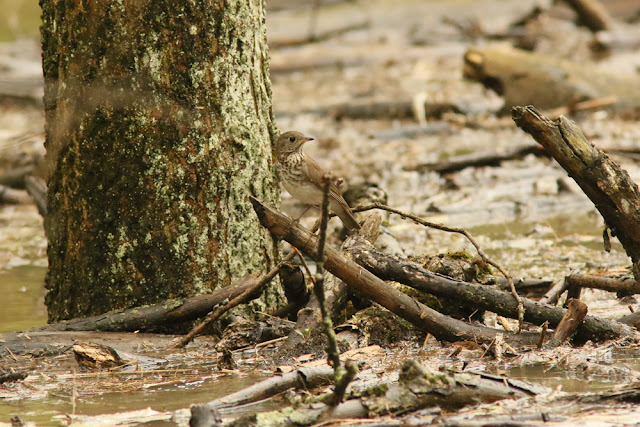 I pressed pretty hard in the morning.  There were a lot of downsides to lacking teammates, I was on my own to find and keep track of everything, but I tried to capitalize on what small advantages I could find.  Windows were rolled down a lot more than usual since I didn't have to worry about creating a wind tunnel for others.  I literally ran in and out of Pine and Worm-eating territories to score those birds while it was still cool and still hit Floral by 9am.

I didn't find a ton of birds at Floral, though White-eyed Vireo was still singing away. 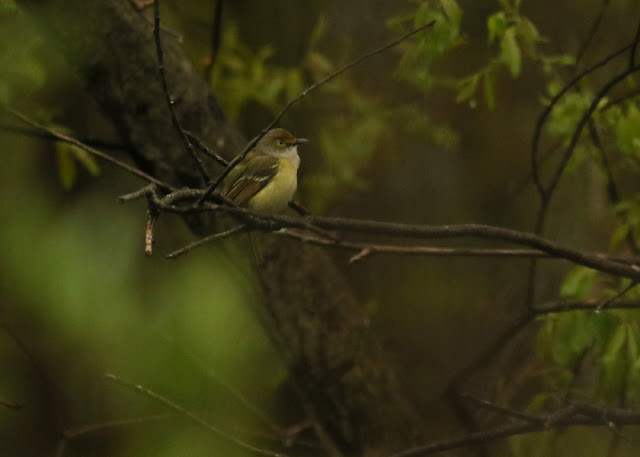 I left after one loop and went up and birded Grand Mere and environs, finding more early warblers before returning to the hawkwatch dune.  It was a SE wind and I did manage Broad-winged, as well as my only hummingbird of the day.  A Summer Tanager pitty-tucked and then teed up for a distant phone-scope.

The afternoon of Birdathon can be a bit of a slog as a person circles back around the county.  The camera turned into a scope for a Lesser Scaup at Brown, a more appropriate use of the camera on a big day. 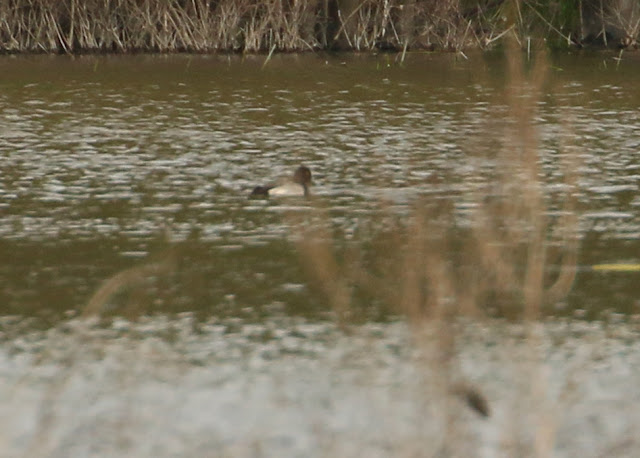 It was certainly a more relaxed day (I also had the most sleep before Birdathon that I've had in a few years with Covid cancelling the Friday work thing I've had to travel to the day before the last 3 years).  Without teammates there was no stress over getting on a bird others had found, or getting them on a bird in turn.  There was no worry about being the last to hear all the high-pitched songs.  And the competition were all my friends, so the urge to not lose was a lot less than usual.