Had a very nice walk around Floral, hearing tons of warblers, and seeing good numbers as well.  Philadelphia Vireo and Olive-sided Flycatcher were the rarest migrants I found.  After a few hours, a conference call, and a walk in the nature area I was feeling ready to go home, but the overcast had kept it cool and I knew I had to check a few more places.  I decided on North Bay Park given it's a place I've had Clay-colored Sparrow before, and who knows, maybe a Yellow-crowned Night-heron might be teed up.  I didn't find a Clay-colored, and didn't see any herons as I scanned the treelines.

After walking down the little nature trail I headed back for the car and noticed two big white birds out in the middle of the lake.  The ducks migrated away weeks ago, what were the odds they were anything other than Mute Swans.  I'm glad I put bins on them...

Pelicans!  My first self-found ones in the county. 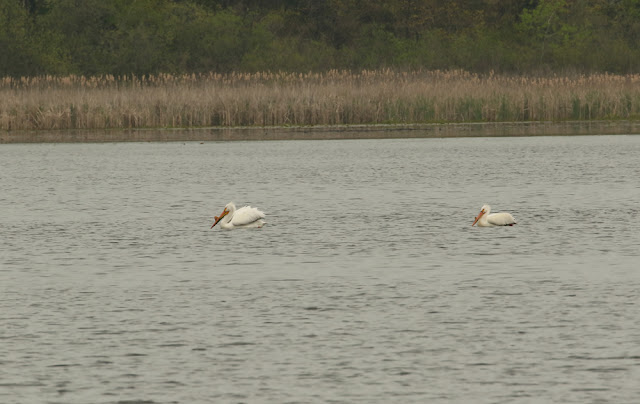 After sending a couple texts I started typing a listserv post, leading with the word "Currently..." 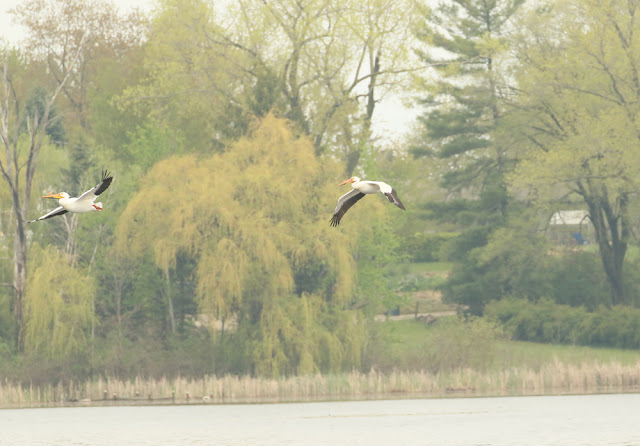 My heart sank as I noticed some motion and saw the birds had taken flight.

They circled a few times, once going right past me... 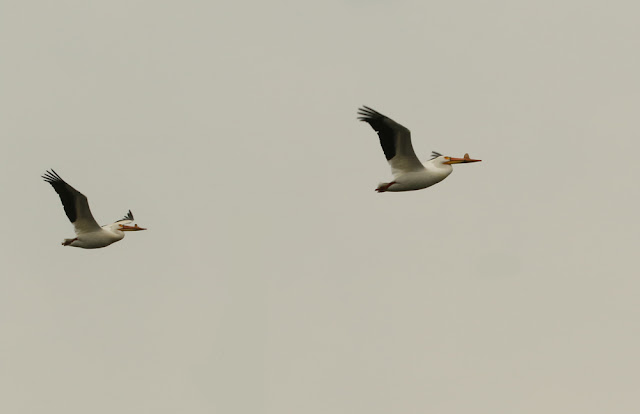 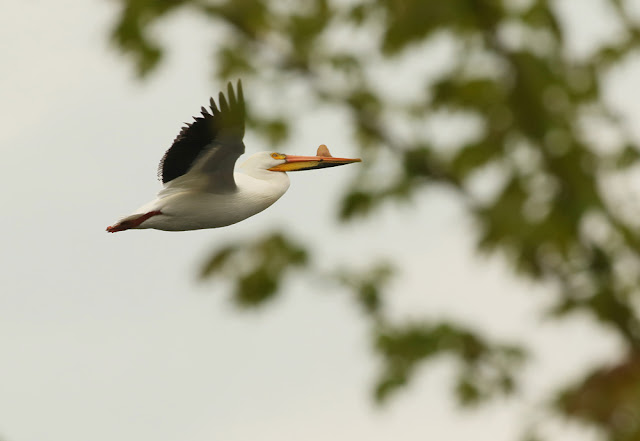 And disappeared.  (Check out that bill shield!)

Fortunately they returned (though landed farther away) about 10 minutes later.
Posted by Matt at 4:50 PM