Brad Anderson found a Lawrence's Warbler at Chikaming in the last day or so and given it seemed like a good place to troll for a Blue Grosbeak Chikaming seemed like a reasonable place to visit.

There was no Blue Grosbeak but the Lawrence's popped up trailside without making any effort for it.  It was pretty dark. 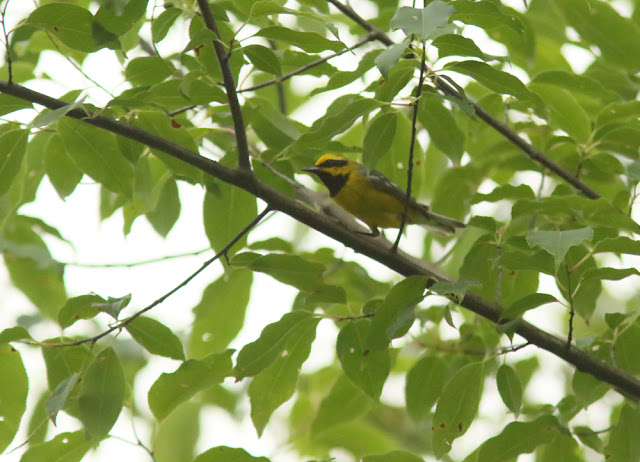 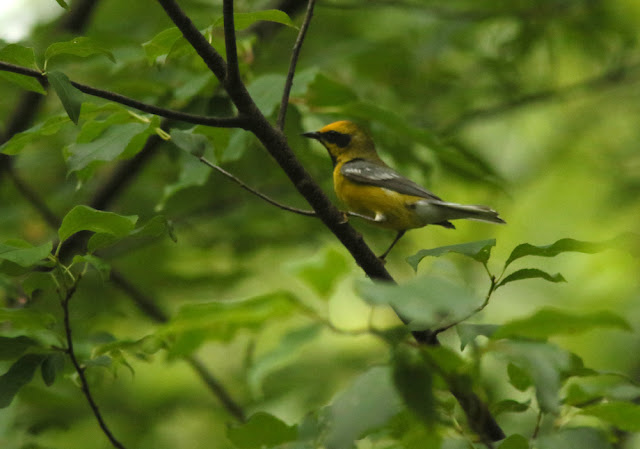 There was a female Blue-winged sticking in this same area as well. 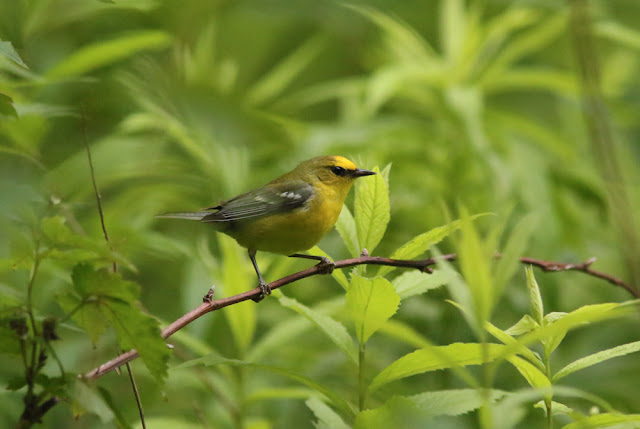 Interestingly when both birds were in the dark they seemed much whiter underneath.  I actually thought the Blue-winged was a Brewster's initially. 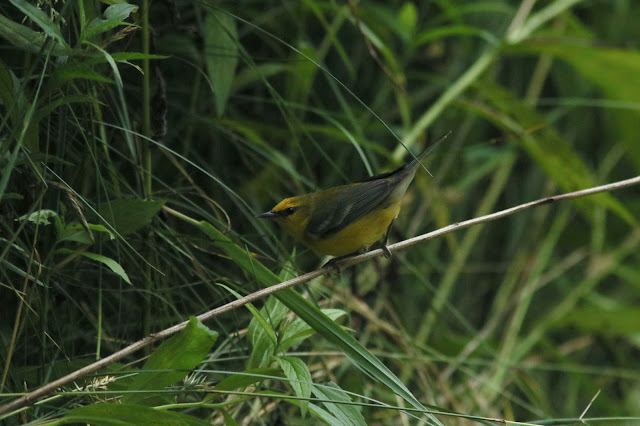 Here's the Lawrence's in shade; it could completely pass for a Golden-wing. 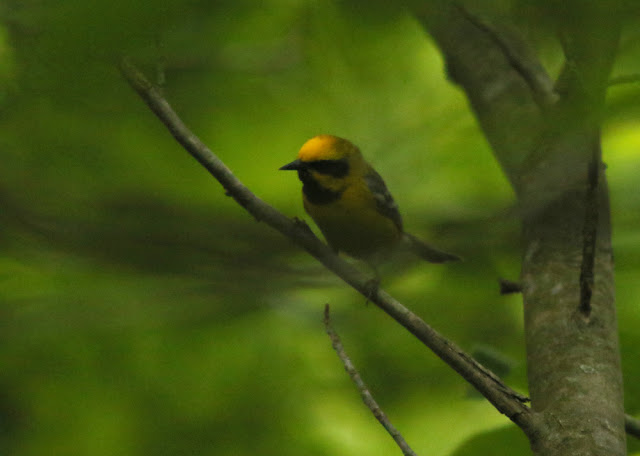 There was a pair of Chestnut-sided's in the same clearing, the female was carrying food. 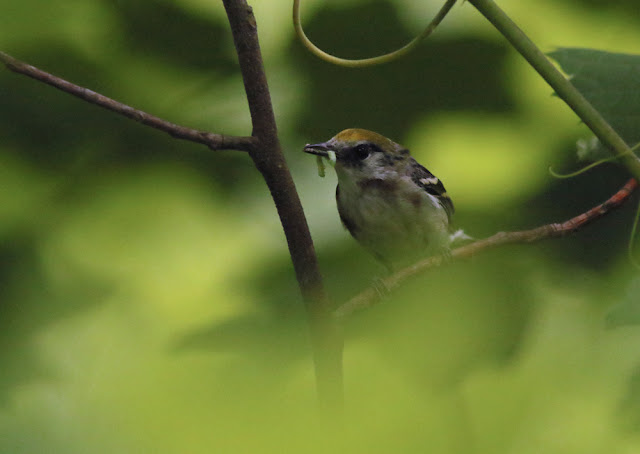 They only gave chip notes; no song.  It'd be interesting to go back and record the male at daybreak.
Posted by Matt at 12:20 PM