Rick Brigham located a Lark Bunting in some of the Allegan SGA grasslands.  It was a while before a hole opened in my schedule to allow a person to go, but the bird was still there this morning.  It didn't give good views, but would pop up for a second or so in song flight giving a song vaguely on a bobolink's pitch but without the complicated burbling.  It may have been doing some buzzy trill intro stuff but was a little too far to say for sure.  I only managed one sharp heavily cropped pic of my first statebird of the year. 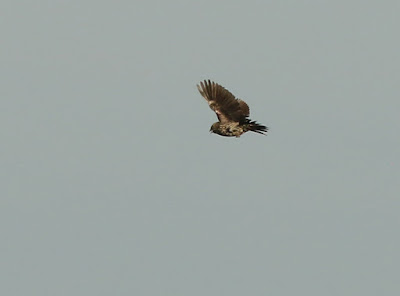 Dickcissels were a lot more common, and some were quite close to the road. 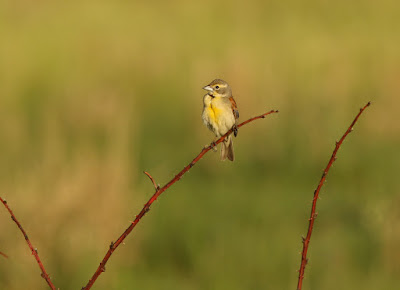 I spent some time digi-scoping this bird. 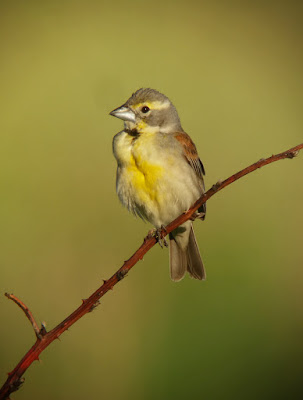 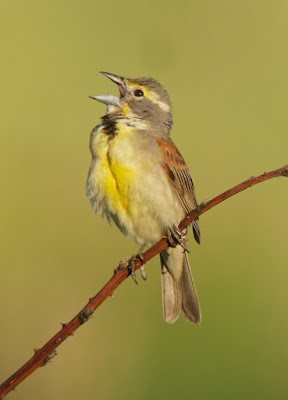 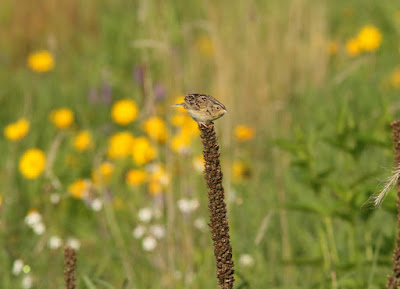 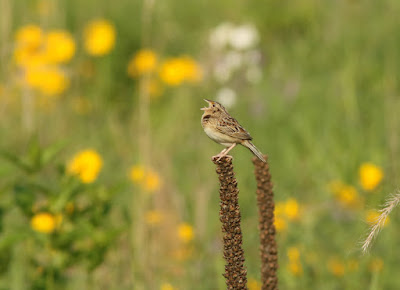 It's not super close, but you can't argue with the prairie background.