maybe Jaegers taste the same too.

You may remember my father-in-law from perseverative posts regarding goose subspecies.  An avid outdoorsman, he told me, in tongue-in-cheek fashion, that they all tasted the same. 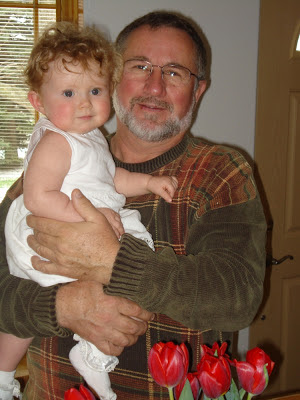 Horst (here with Hazel about 5 years ago (he was good at avoiding the camera)) passed away last week,;today was the first day in about a week therefore that I'd birded the lakeshore.  It was pretty decent.  In the midst of a good waterfowl movement a jaeger flew into my scope.  The bird flew hard after a gull, cut inland, and then headed back out to sea.  We ran down to the lower lip of the dune but it kept moving out so pics became quite distant. 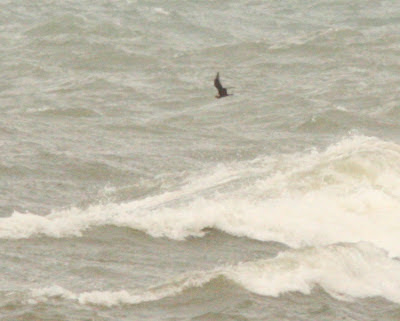 Pomarine Jaeger is one of the most frequently rejected birds but the shape and proportions of the bird, heaviest in the breast rather than the pot-belly of a parasitic, and the wide wing base with a relatively short hand are evidence for it.

Most of the shots are fairly wing-on, though the bird banks somewhat in the 3rd from the right still, showing the paler, barred (through the scope) rump that's paler than the nape. 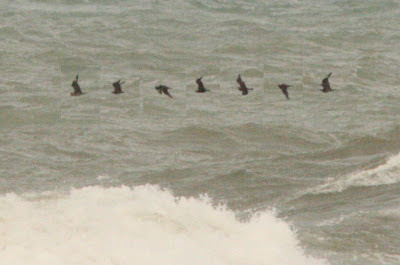 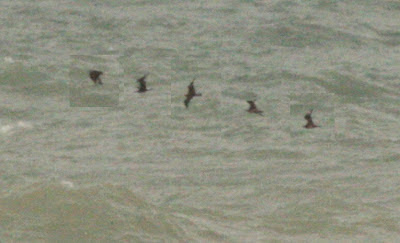 Bufflehead were the other remarkable bird today, usually a flock of a dozen is a decent number, today groups of 30-50 were routine.  Here's an average sized one. 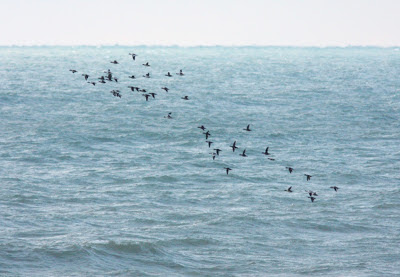 I've got to work the next few days, hopefully this is a year when the November 14th bird sticks around (like the murrelet, not the black-headed gull).
Posted by Matt at 5:02 PM