Not all Rednecks make moonshine

This Red-necked Grebe has been hanging out along the pier apparently for the better part of a week or so.  You can just see the white leading edge to the inner upper wing that can be a helpful mark in flight.﻿ 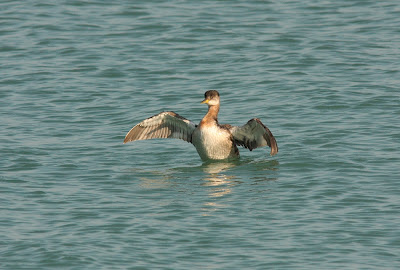 I walked down to get shots of it next to the pier once it came in to eat gobies with the local Horned Grebes... 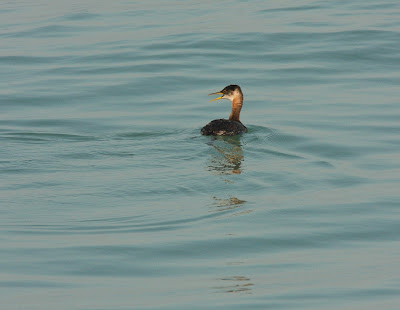 I bet goby-belch is nasty.  I'd never heard a Red-necked vocalize before; this one was giving what sounded to me like blackbird-like chack calls, very different from the gull-like calls of the Horned Grebes.
Here's a comparison shot with one of the Thumb Alcids. 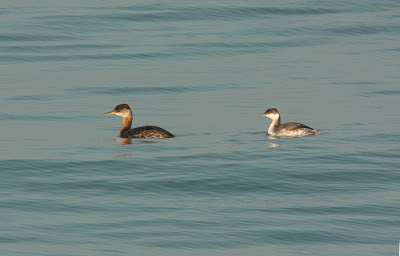 A few Black Scotors have been hanging out as well, though their quarry is zebra or quagga mussels. 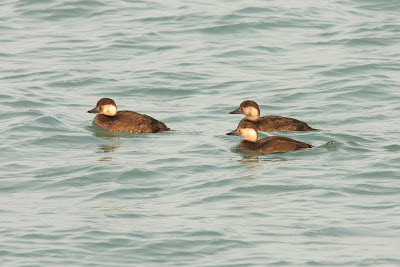 Finally a couple terrible record shots of a Bohemian Waxwing flock I chanced upon at Floral.  I'd only seen them twice before and never in these kind of numbers. 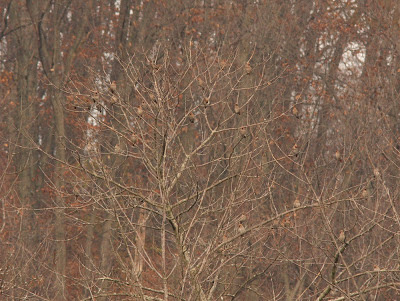 Unfortunately they flew pretty quickly, other birds flew up from other trees.  I couldn't get a shot with the entire flock, but there's about 75 sets of rufous undertail coverts in this shot. 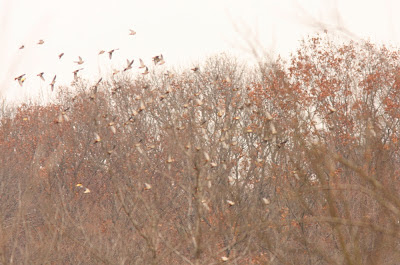 A much closer shot of a flying-away Bohemian might make a decent photo quiz.
Posted by Matt at 4:16 PM