I've been studying the Costa Rica book a lot and trying to puzzle out all the hyphenated combination names (e.g. Antwren, antshrike, shrike-vireo, shrike-tanager) and it seems like if Townsend's Solitaire had been named under similar conventions it would be Bluebird-thrush.  Yes I know that bluebirds are technically thrushes.  I chased the Solitaire that Kip had found at Warren Dunes.  Brad pointed me in the right direction (a cedar stand I know they and Tim have been checking for years) and I didn't have to wait long for the bird to fly in.  When I saw it flash through the bins my first impression was of a really brown mockingbird as a bird with a long tail with light edges flew away around a tree and perched out of sight.  I had almost convinced myself I had somehow gripped a junco when it flew back. 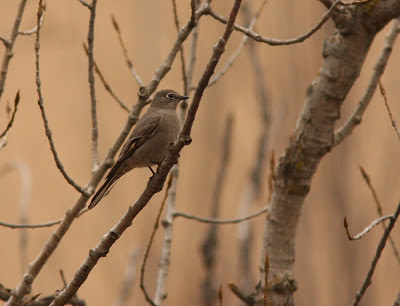 After somehow not being found in the history of the county, 3 or 4 have been found in the last week.  Today was the first chance I'd had to see the Sun in about 4 days so I was glad one stuck around. 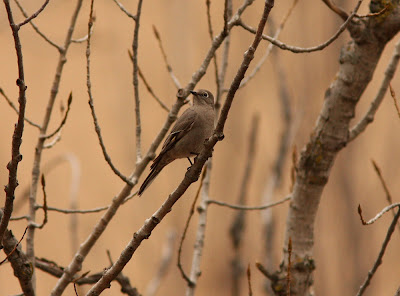 It tended to perch very still and quietly on deciduous snags, or else forage very actively and mostly concealed in a berry-laden juniper. 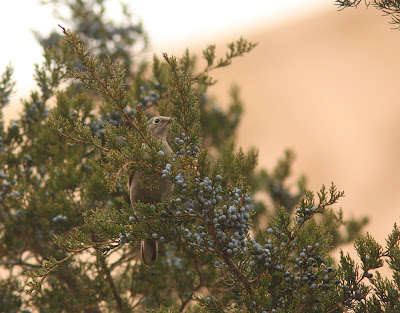 The heavy overcast made photography fairly difficult.  I may go back if there's a nice day in the next few.
As someone who doesn't go the UP very often, the only other time I've seen this bird in Michigan was a Livingston Co bird that I'm guessing was a lot of SE Michigan birders' state lifer from back in the digi-scoping days. 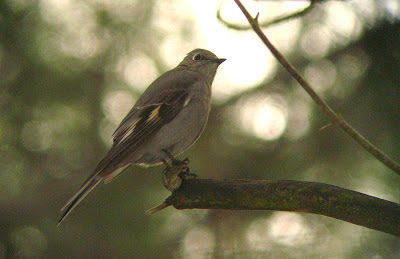 This was only my 4th county lifer this year; the last 2 years have scored 7 and 6 respectively, either I'm starting to reach a threshold of dimishing returns or I'm due for hopefully one more this year.
Posted by Matt at 5:06 PM