The dark-mantled pseudo-kelp hybrid made its annual return to the Lake Michigan shoreline this morning.  It' been an adult since at least 2006 meaning it's at least 10 years old.
﻿ 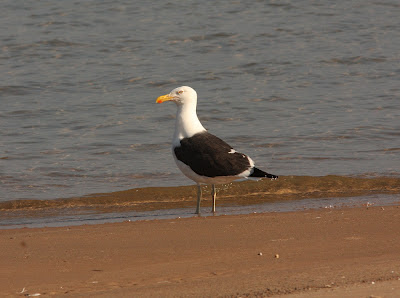 Nothing else has its honking bill, rattlesnake-like triangular head and long, long grey-green legs. 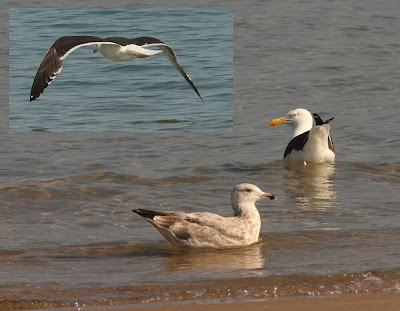 As usual it's molting its primaries. Here's the bird in 2011, 2010, 2009 and before.  Last year I emailed Steve Cardiff, one of the LSU researchers who studied the Chandeleur islands Herring-Kelp hybrids.  He said it wasn't one.

I actually have had a ton of good yearbirds in the 2 weeks or so  thanks to considerably expanded UTSJ counts.  A couple different Parasitic Jaegers, Long-tailed Jaeger, Eared Grebe, Whimbrel, Hudsonian Godwit, and Little Gull have all flown past, though most well past photo range.  This Little Gull came close, however it was on top of us before I picked it up and it quickly ducked into the Sun. 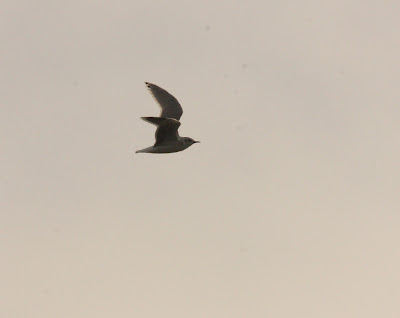 Tim immediately started chumming with bread but it never came back.  The closest we came was this young Bonapartes. 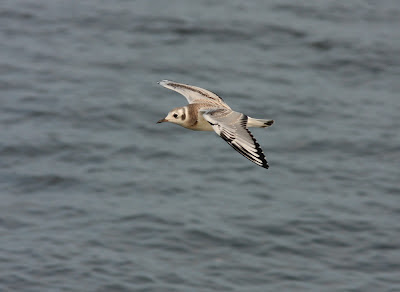 It actually has a Black-headed Gull like bit of color at the base of the bill.

For the first few hours today it was super calm.  Tim pointed out the spring peeper like noises in the background which were hundreds of Swainson's thrushes making their way inland high overhead.  As it was pretty calm birds weren't really falling out on the pier though their simple numbers were enough that there was a steady trickle of Palms down the pier.  We had double digit warbler species numbers in the park though the overwhelming majority were Palms. 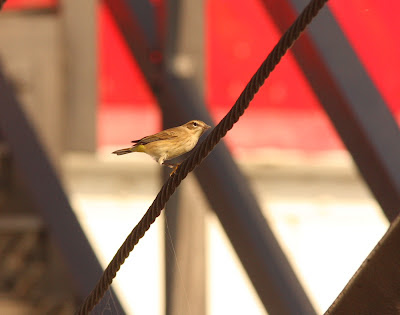 A Sedge Wren popped out and then took refuge on the escape ladder on the pier's edge before flying off into the grass. 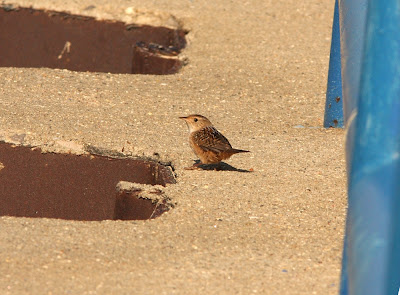 Tiscornia is really the only place I see these birds since they don't ever really seem to tee up for me on their breeding roadsides.

Boy that gull is awesome... I've been following since you guys first started posting pictures... You should put a satellite tracker on it, and retrieve the data next fall!