I don't need no stinkin appendix

This would be my inaugural blog from the hospital.  I only manged 2 hours at the lake watch yesterday, woke up feeling like crap but rallied with sotme tylenol and a nap and did get outfor a few hours at midday.  I don't honestly remember if we saw anything, one distant Bairds on the beach maybe.  I didn't get up for it.

Last night felt pain and pressure like I'd never felt before and bit the bullet and went into the hospital.  I don't get NFL network so was going to miss the Bears-Packers game; they do have it at the hospital.  Of course I was in surgery for the 2nd half, not that I missed much, but talk about an expensive ticket to watch a game.  Ah well.

I guess with still having the anesthesia meds and narcotics from yesterday in my system I'm not going to try to make this particularly cohesive.  And I guess I could really ID the stuff as anything and blame it on the drugs.  Tim's seen my ID skillz on no sleep; I could truly be impressive today.

Anyway, a Philly V from Floral earlier this week 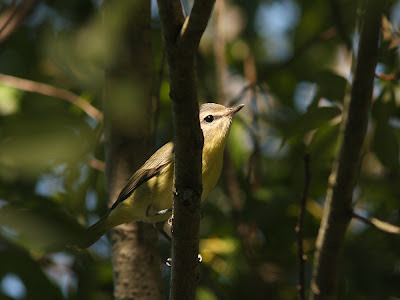 This Red-breasted Nuthatch actually tried to land on my back while I was standing still trying to photograph hummingbirds in the jewelweed with limited success. 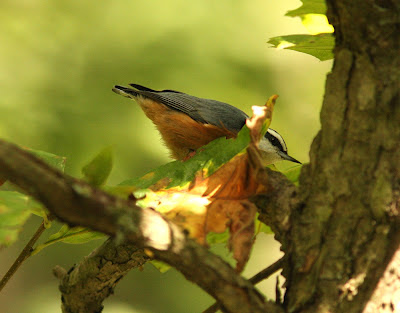 Odes are winding down.  This would appear to be an Autumn Meadowhawk based on limited black streaking along the side, some black about the top of the end of the tail.  It was definitely smaller than the average  Ruby Meadowhawk (a few of which are still out).  It also has pale legs and different claspers (hamules?) Finally a couple skippers, there's been loads of Fiery, European (I think), as well as some Duskies and Indigowings and Checkered-Skippers 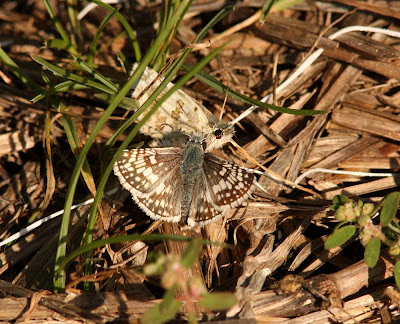 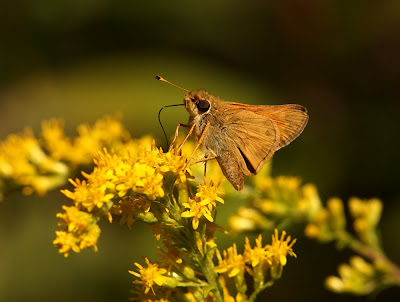 Anyway, hopefully my white count comes down this afternoon and they let me go home, keep your fingers crossed.
﻿
Posted by Matt at 6:32 AM

Hope you have a fast recovery!

The last Skipper looks like a male Sachem to me!