Darrin O'Brien was kind enough to look at the immature meadowhawk pics and (while he suspected they were Ruby) confirmed my suspicion that the small parts are just as immature as the colors and so aren't totally reliable.

Earlier in the week I went back to Riverview and found that a few had turned red. 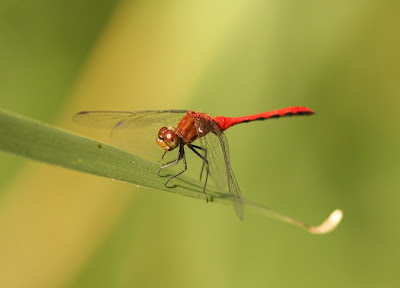 Their total numbers had also gone way up, I may have to return to try to get one with its whole body in focus, though the evening light was nice.

Here's a close-up of the relevant area... 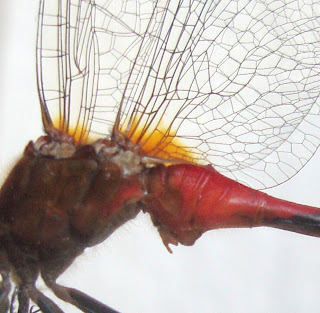 It's the shape of the hamule in males that's supposed to be distinctive; this one still doesn't exactly match the drawing.

No such identification problems with this Amberwing though. 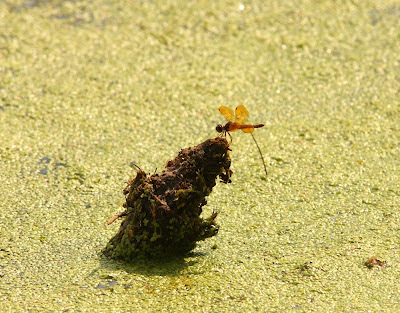 It's another example of a common ode that's not on the Berrien list for lack of a specimen.  I haven't had one close enough to even swing at yet though.

I do have a Pondhawk already, 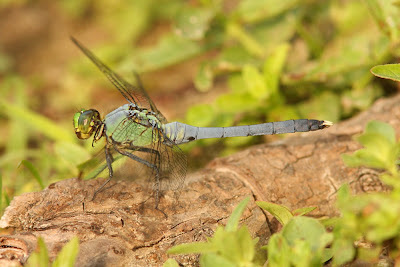 As well as a Halloween Pennant 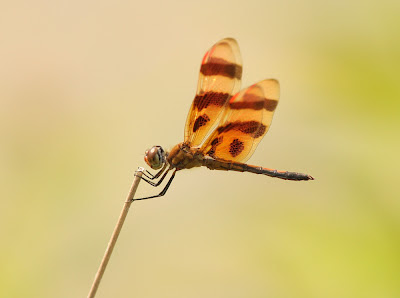 The book says their coloration, size, and flight style may be close enough to Monarchs' to decrease avian predation.  They always perch on the highest vertical stalk (frequently a pretty whippy one) projecting from land next to the water.

I haven't posted many butterflies this year though it's been a very good year for them, but this tiger swallowtail was in nice evening light. 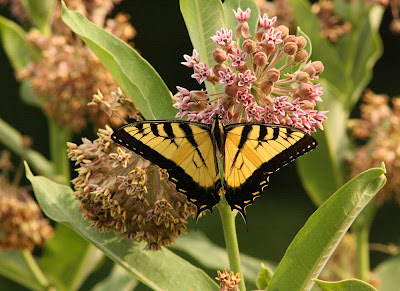 The drought left a little something to be desired from the color of the milkweed though.

Finally a Hackberry Emporor (I think - I can't find my butterfly book), a lifer butterfly I saw walking the clay stream in Warren Dunes.  I was hoping that different habitat would produce some different odes, but it wasn't to be. 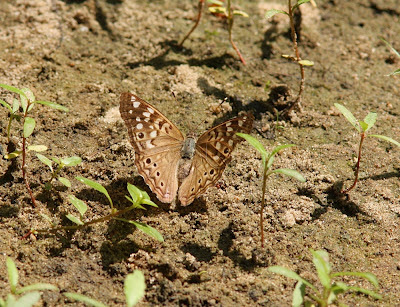