You'll have to indulge me the crappy Olympic pun.

There were a lot more sanderlings around earlier in the month leading to more that were in still pretty closer to breeding plumage than usual.  This might be the last post where I feature Sanderlings, but given that most that we see are either fairly far into their moult or are black and white juvies I spent some time shooting them when they'd walk up in decent light. 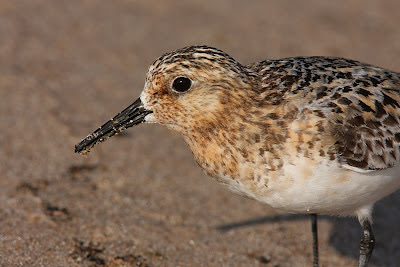 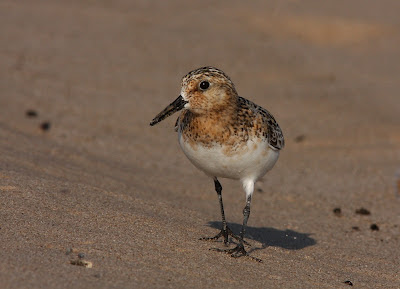 Note the lack of a hind toe 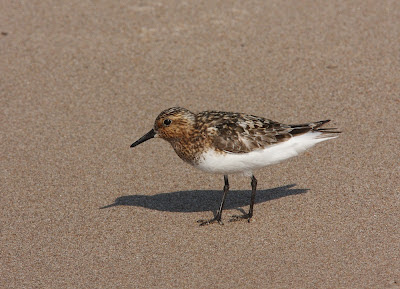 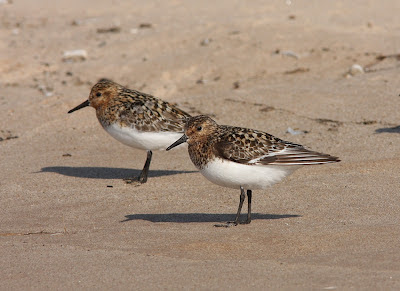 I guess I could pontificate about the wing stripe, but I'm not feeling it right now. 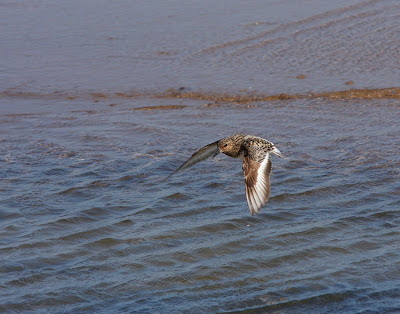 In Ode news, I've seen a few Stream (?) River Cruisers, possibly the biggest dragonflies I've yet encountered and netted a few more Cobra Clubtails but neither of the other clubtails that are around (and one would be fairly noteworthy...)
Posted by Matt at 5:34 PM