I'd wondered vaguely at times which dragonfly is on the cover of the book.  I'd been seeing an orange dragonfly at the Harbor Shores marsh that I was thinking was a young meadowhawk of some large species before I saw a couple tandemed up and ovipositing.  It took 2 trips to get a decent shot of what turns out to be Wandering Glider, the cover model for the Paulson book.﻿ 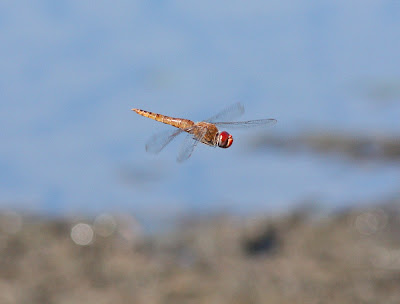 I've hit one with a net but have had no luck at collecting one.

Last week I netted another clubtail, this one is a female Cobra Clubtail. 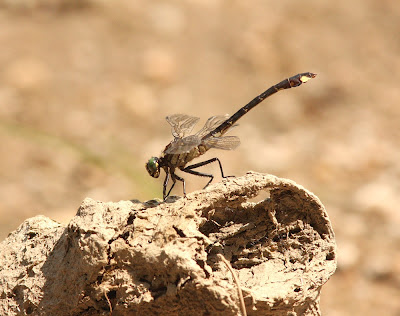 Here's a closer look at it (as held by Hazel): 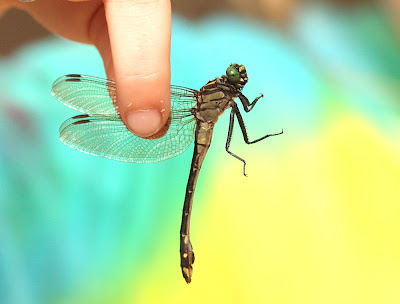 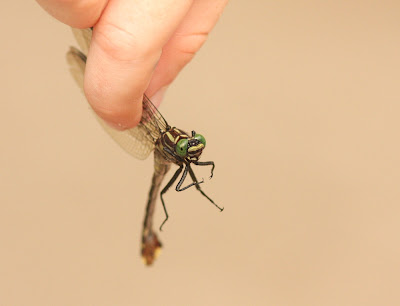 Since there's already a specimen record for this one I let it go, we set it down on the trumpet vine (which I'm sure no self-respecting Cobra Club would ever sit on, but I'm sure it'd prefer that to an acetone bath): 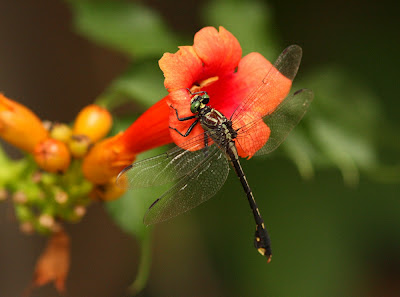 Powdered Dancer is very common at water's edge, the males dangle upward in the air while the females oviposit.  A lot of the damselflies do this, but this species seems to adopt this posture very commonly. 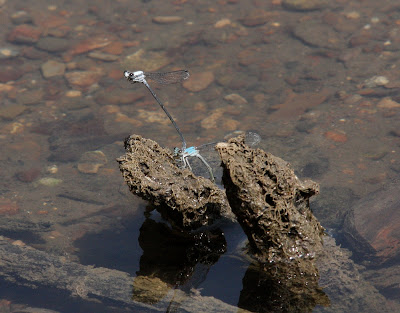 I'd like to say I have some prospect of a decent bird post on the horizon, but who knows, maybe low expectations will actually be helpful.
Posted by Matt at 6:31 PM