I have to admit, I didn't think it would be this hard to get quality pics in April, but lots of North winds have had me scuffling.

We had some decent looks at Yellow-throated Warbler at Kesling, definitely the best shots I've obtained of them, but still room for improvement.﻿ 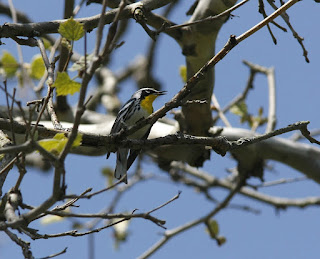 There were good winds last night and I did have a Blackburnian Warbler over the driveway, unfortunately it was misting/light rain so I didn't pull the camera out.  I had close to 10 warbler species today but low light made it tough for shooting. 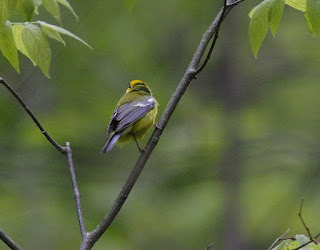 Earlier in the week some Blue-winged teal were hanging out in a local retention pond.  This was the first time I've seen blue-wings do anything beside swim around.  The males did some displaying, rocking their heads back and forth and giving a hoarse Daffy Duck like quack.  The males would fly at each other at times even though they were all paired up with females. 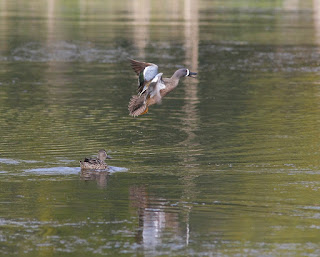 This is Celendine poppy, a fairly showy native that I've found in only 2 places in the county (there's surely more).  All the "celendine" around my house is the introduced stuff, much less impressive than thte real thing: 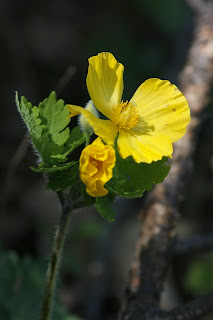 Since posting a 4-leaved trillium worked so well for me last time (see Sandpiper, Upland), here's another one: 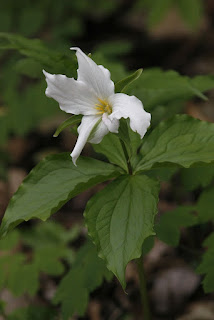