Score one for Tim's mom who found this bird in a roadside ditch earlier in the week. I heard about the bird the next morning when I arrived at Tiscornia and turned around immediately. ("What could I miss on a north wind..." fatal last words if I've ever uttered them. Fortunately the answer was "nothing."). Sure enough, the bird was standing next to the shoulder of a busy marshy intersection out in the sticks. 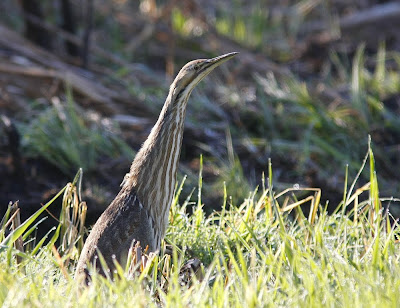 A bird near and dear to some Michigan birder's, uh, hearts. 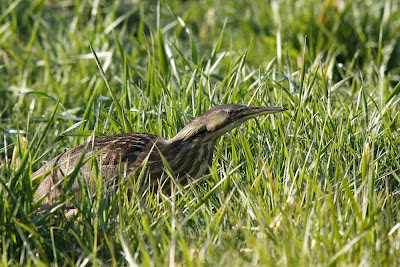 A loud truck flushed the bird off the shoulder back into the underbrush, but within a few minutes it walked out, and proceeded to walk right past the car. 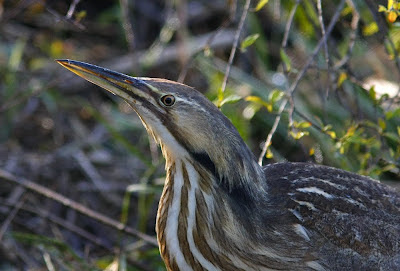 The next one isn't the greatest pic, but I couldn't help but be impressed by the almost reptilian claws. 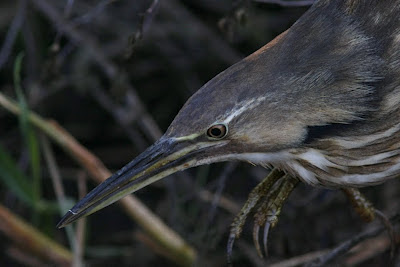 The bird proceeded to snag a few fish out of the ditch, some marsh-bullhead looking minnow thing and then rested. The bird was in deep shadow and I had to do a good bit of post processing including color adjustments that I've never attempted before to get this pic even to where it is. 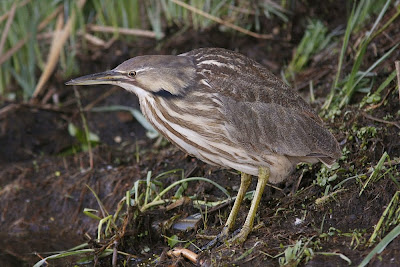 Last year we found a bittern that stuck around for a few days for people to see at Lincoln Twp Beach, this bird was gone by that afternoon though.
Posted by Matt at 6:54 PM