I'm kind of embarrassed to admit this, but I think today was the first time I've ever seen redpolls perched away from a feeder. Certainly it's the first time in the Lower Peninsula. I suppose given that these birds were 75 yards away from Sarett's feeders these hardly count, but since they haven't been seen recently at the feeders I was happy to find them. 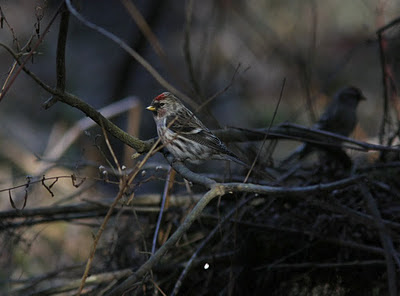 I watched a group of a dozen small birds flush siskin-like off the ground into cover but without the siskin trills. A super-slow advance confirmed they were indeed my first solid year bird of 2012, a bird I missed last year (and possibly the year before too). 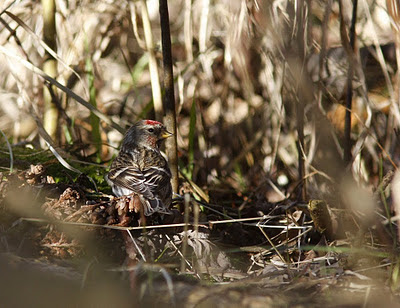 One of the males (possibly the above bird) was quite pink below, but it didn't come far enough into the open for a good shot. This pic of a female turned out surprisingly well given how deep the shadow was that it was settled in. 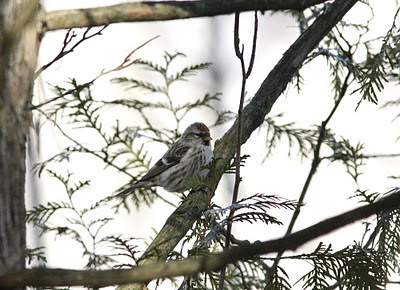