A drake Hooded Merganser joined the yuck duck flock at New Buffalo the other day. It was by far the closest I've ever been to one. I started tossing bread scraps at them. I didn't see the merg actually take any bread, but it did charge after mallards that got too close to it. 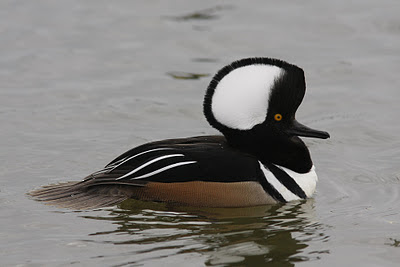 In the 50 degree January day it was doing some courtship displays (though there was no female at the time). It would start by stretching its neck up and down a few times. 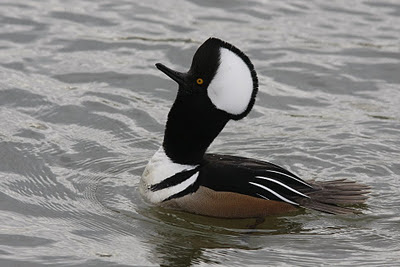 Then it would do one of two things, either flare its crest to the side giving it a Bufflehead-like cotton tuft 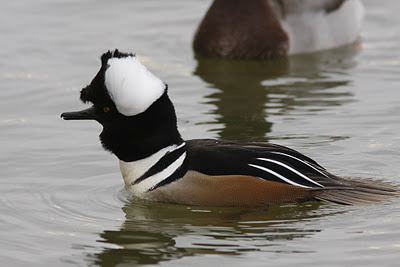 Here's the reverse angle of the lemon-pucker pose 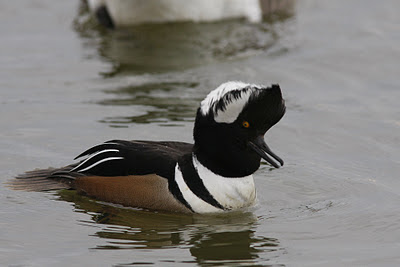 or it would rear back and utter a descending low-pitched grunting belching vocalization that I can best describe as bu-bu-bu-bu-bwaaaaaah. Its body would rachet forward with each bu until it reached the horizontal neutral position in time for the drawn out bwaaaaaaaaah note. 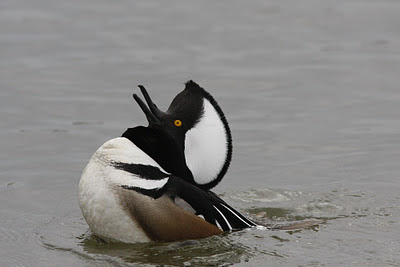 The mallards and Canada geese were remarkably unimpressed, though he seemed pretty proud of himself. 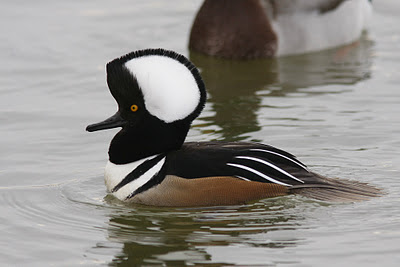 One last view of its narrow Mohawk. 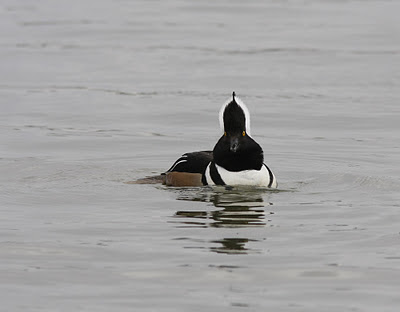 Super nice photos, Matt. What a good find to see this bird so closely.