High May for butterflies

I had my first day off in a while so it was nice to spend some time with my girls. I knew it was unlikely I'd be able to get up early to go birding so we went for a family walk on the Sarett Prairie to see what butterflies were about.

This Tiger Swallowtail is actually from the in-laws' garden from last week. 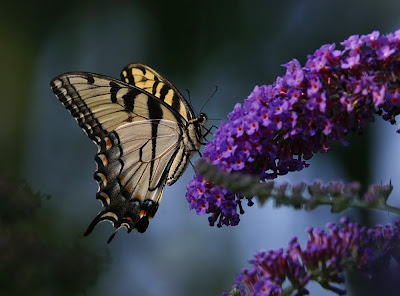 This male and female Spicebush Swallowtail appeared to be doing some sort of courtship, the male would flutter his wings essentially in sync with the female. The female didn't fly away but I didn't see a copulation (assuming that's a butterfly reproductive strategy). 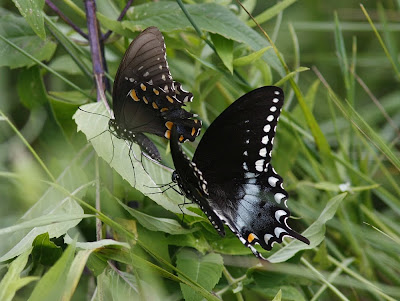 The SLR actually allowed flight shots of butterflies, something I never once even considered digi-scoping. 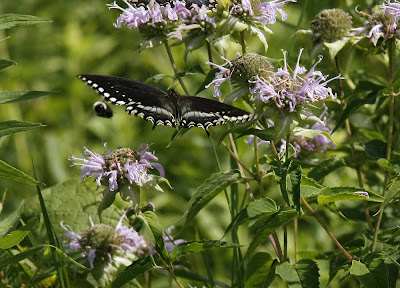 An American Copper perched up, its almond shaped eyes giving it a fair bit of personality, quite unlike the appearance of the Baltimore Checkerspot last year that honestly somewhat grossed me out. 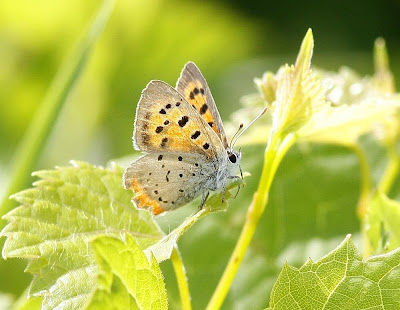 Finally what I assume is an Eastern Tailed Blue from last week. Hazel actually managed to slap her net down on top of one in the path much to her pleasure. It fluttered for a few seconds then dropped back down in the grass and flew quickly away upon removal of the net. 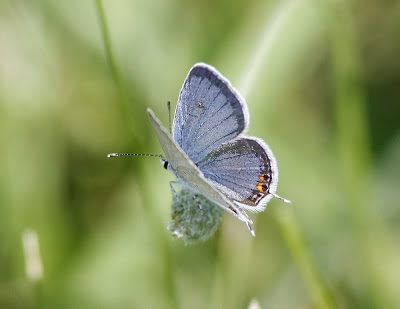 Other ones present today included mulberrywing, some sort of dark skipper I couldn't get a shot of, as well as the usual sulfur and cabbage butterflies.