I walked out onto the lawn to see if there were any leps on the butterflybush when I started hearing a juvenile bird begging. I saw some activity beneath a spruce and worked my way around it. A Chipping Sparrow was foraging in the verdant desertland that is my excuse for a lawn. 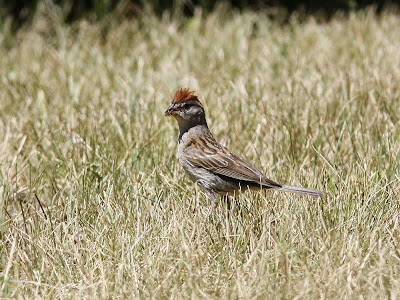 It flew over to the protected cool of the spruce where its "offspring" awaited. 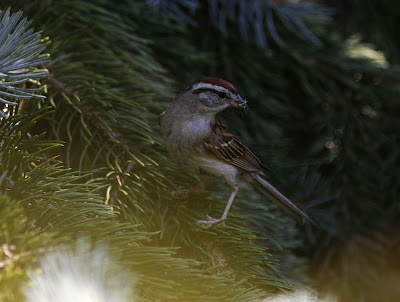 I didn't think the calls I were hearing were those of a small sparrow and sure enough, a hulking flying target was sullenly waiting in the cool. 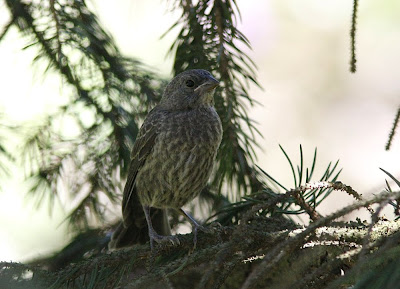 It re-doubled its begging when it heard the Chipping Sparrows calls... 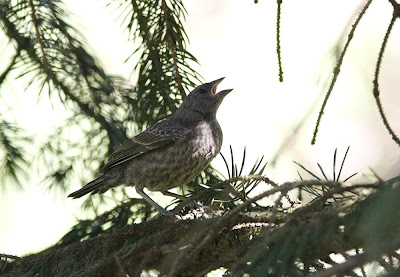 The plump parasite was soon rewarded. Sibley lists an average cowbird weight of 44 grams and the sparrow at 12. Couple that with juveniles being fed up to build up fat reserves for their initial inefficient foraging and I'll bet the weight ratio is closer to 5:1. 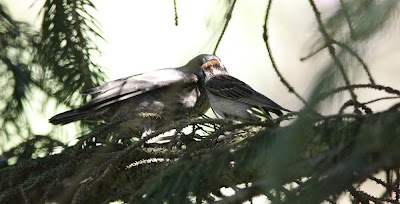 I don't think it was a zombie cowbird but can you afford to take the chance?