Early passerine migration continues. Ruby-crowned Kinglet and Blue-gray Gnatcatcher are the dominant species (though some of the gnatcatchers are probably working on territories).

This Ruby-crowned wasn't singing, but the hormones were going enough that it was showing off its crown consistently. I don't think I was ever able to digi-scope a kinglet without major blurring. 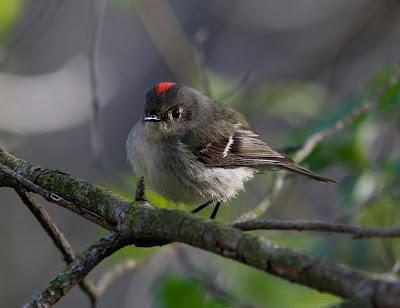 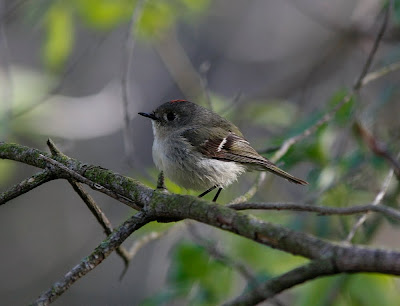 A Parula had returned to Kesling, probably one of the first to return to Michigan this year. I've digiscoped it twice before. 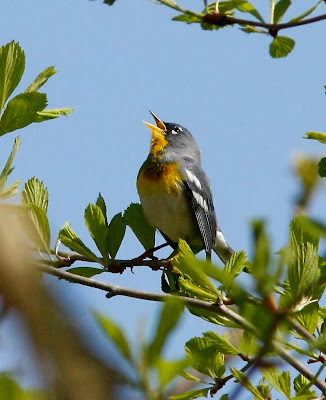 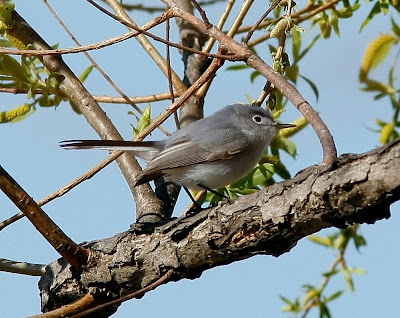 I've been seeing chocolate butterflies flashing red for the last week, but today was the first time one landed, a red admiral. They were abundant 3 years ago, but hard to find the last 2 (at least to a casual-at-best butterfly observer like me). 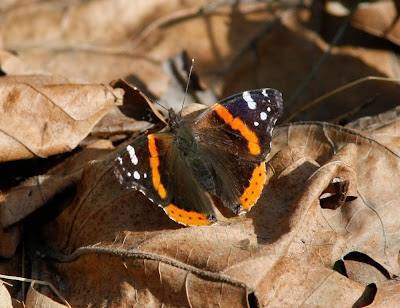