More details on the gull

Well, here's some more details on the gull. The first pic is a blow-up of one of the original pics, it shows the details of the bill and is my best of the orbital ring. The orbital ring appeared reddish in the field though it was hard to be sure in the overcast with the dark eye. Interestingly the camera picked up a much pinker lavender type color

Next is a blow-up of the best spread-wing showing P10-P5 as well as a new pic showing P9-P2 and my description of these feathers copied from my MBRC write-up: 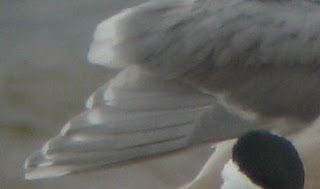 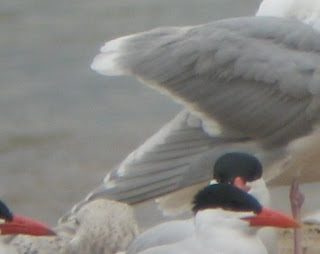 Now the task is to go through the books and read about the different hybrid combinations' wing patterns.