Bigbying is for the birds 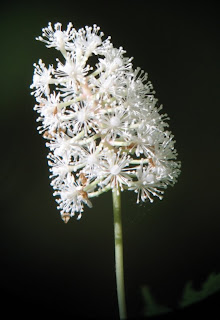 and I mean crappy birds like cowbirds and starlings. Biked again down to Floral Lane, a solid 15 miles down and right away did not find the worm-eating warbler that's been on territory there for the last week or so. The last 2 years a wormer has spent the summer in Warren Dunes, but I guess the moderate-strong north winds of the last few days convinced it to go back to where it belongs. I went a few more miles to check out the old territory from the last few years without success. I walked at least a couple more to get out to the dune blowout where summer tanagers have been the last 2 years with equally discouraging results. I then started fighting the headwind back north after spending all day yesterday on the couch with a fever and body aches and really struggled. Ginger drove by (as she does at times when out running errands and in the area) and I gave up and stuck the bike in the back of the truck.
The bike is fine for exercise and all, but it gets frustrating when a place that's maybe 25 minutes from my house by car is a 4 hour round trip on a bike. Whereas normally I might be home by noon or one (and hitting a couple different places, say Tiscornia Beach then a passerine spot), now I go to one place and aren't home until 3 or so, missing as much of the day at home as I would if I had a day shift. So far I've been to Tiscornia Beach once this May (and that to chase the glaucous-winged). Last year I hit Tiscornia 7 times in May (which is not enough) seeing/finding birds like whimbrel, laughing, Franklin's, and California gull, with the gulls all coming in the last week. This year I'm struggling just to tally fairly straightforward birds that would have come easily by car (many of which I've seen in the relatively limited car birding I've done this year; there's still 20 birds on the county year list I'm "not" keeping missing from the Bigby tally). 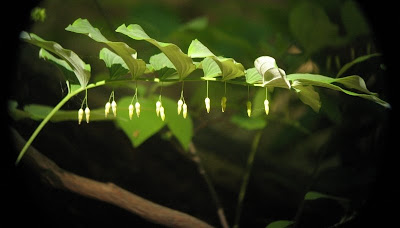 Anyway, I was a little slow on the trigger when probable Traill's flycatcher and scarlet tan perched for not quite long enough so the pics are all flowers. The one at the top is the flower head for white (?) baneberry (might be red). Above is a nice Solomon's Seal and below the beginnings of Squawroot (maybe it's now called long-tailed weed, I'm ignorant of updates in botanic nomenclature) 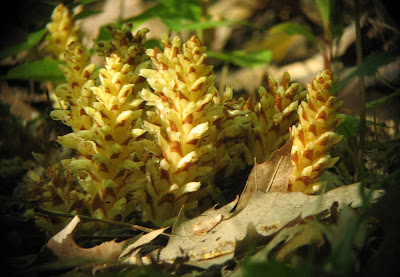