Yesterday the overnight radar looked pretty good for passerines moving and for once the birds on the ground agreed with the radar.  I looped Tiscornia a couple times trying to find Ammodramids without luck.  A female Purple Finch teed up nicely though as I was sorting through a mix of White-throated and Song Sparrows, the first time I've photographed one at Tiscornia. 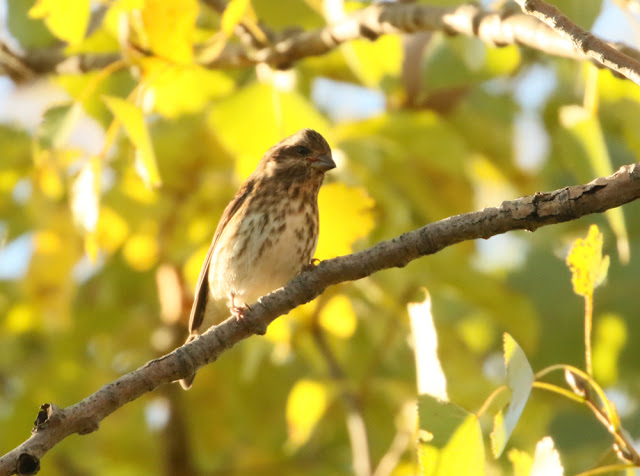 As I looped a flock of birds suddenly flew over with calls unlike what I'm used to hearing.  My first instantaneous thought was that they were Bohemian Waxwings, but after a second or so the trills became clearer and a large flock of Pine Siskins swirled overhead. 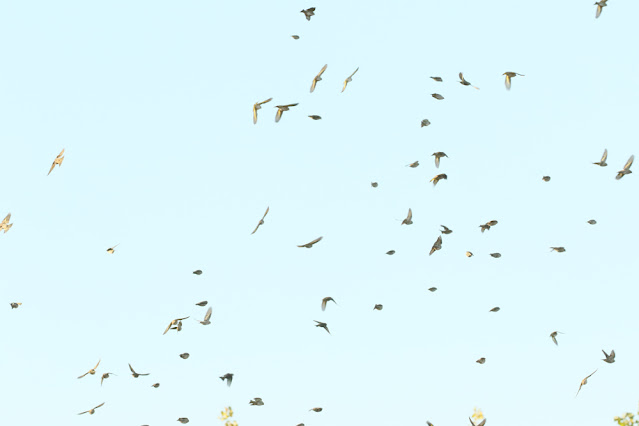 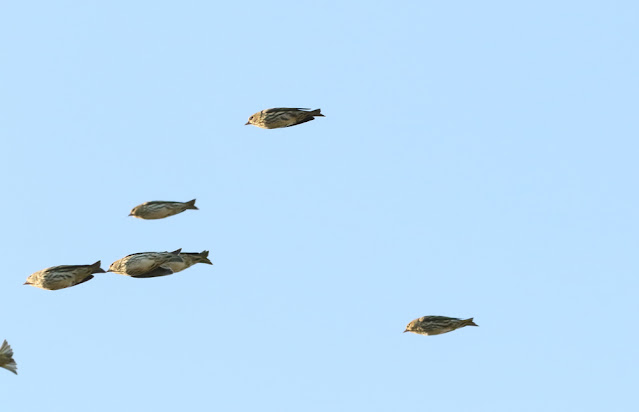 After a couple circuits they started settling in some of the tangles and conifers.  I sorted through them as quickly as I could to get a sense of whether goldfinches (or I suppose redpolls) were mixed in.  They seemed homogeneously siskins.  At least one tolerated a pretty close approach... 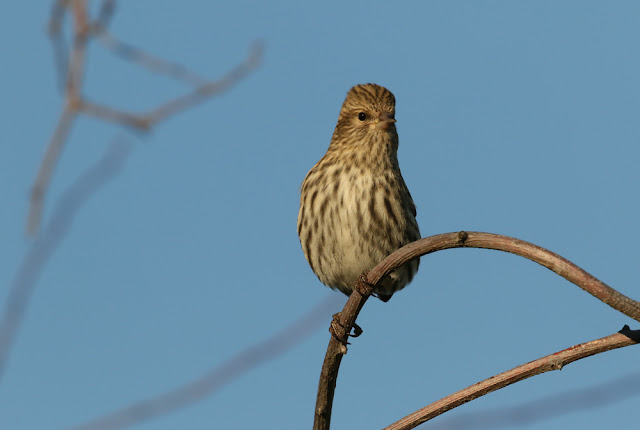 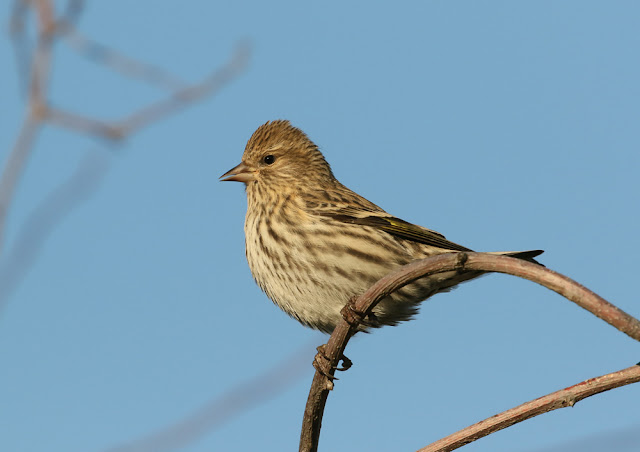 Siskin felt like a really tough bird this spring, I was glad to get good looks finally this year.
Posted by Matt at 5:25 PM