B birds for the BBC

Some cold winds didn't dissuade our BBC outing to Tiscornia this morning.  I think I've had Bonaparte's Gulls, Black-bellied Plover, and Bald Eagle on each of the beachfront BBC outings and today was no different with a couple Black-bellieds waiting for us amidst the gulls 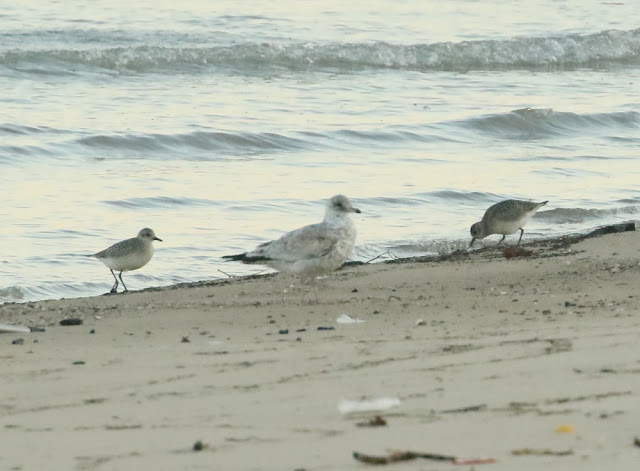 Bonaparte's Gulls have been hanging out.  Today they were mostly pretty distant but a few flocks came in pretty close. 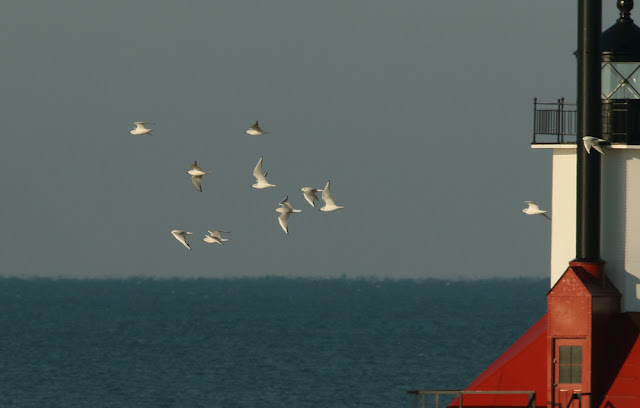 Loons were probably the birds of the day.  We saw a couple small flocks of Commons go over the pier. 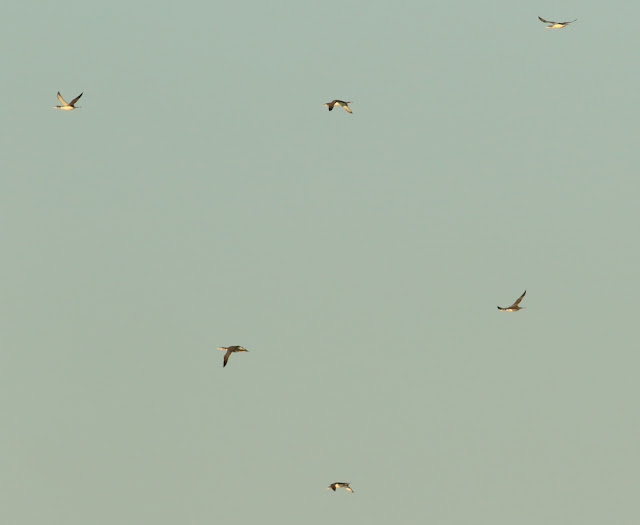 Returning to the B theme snow Buntings have also been flying about, and today were landing on the beach. 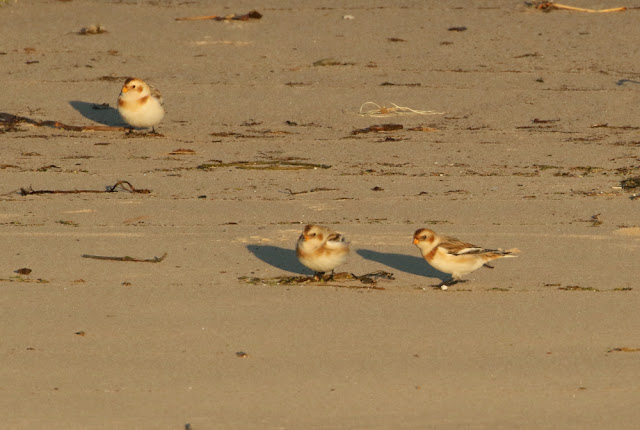 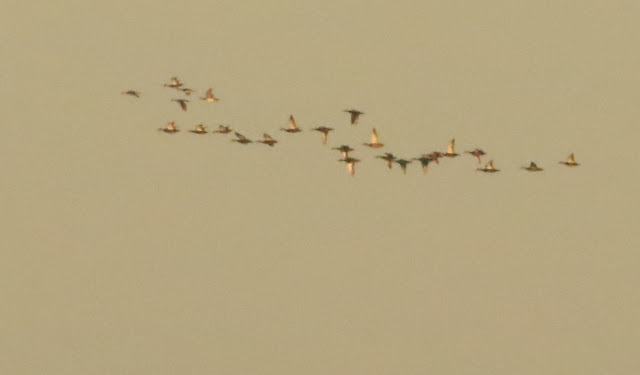 Finally the requisite BBC Bald Eagle.  I think this is probably a 3 year old bird based on limited white in the underparts and the white starting to come into the head but leaving a brown earstripe 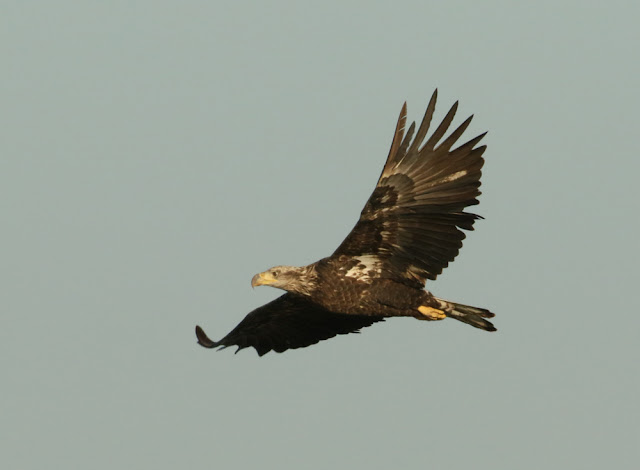