Drew an assignment to lead the BBC outing at Warren Dunes this morning.  It was a very pleasant morning, though we didn't have a ton of birds.  Woodpeckers were well represented though, and I think we saw every possible species outside of Red-headed. 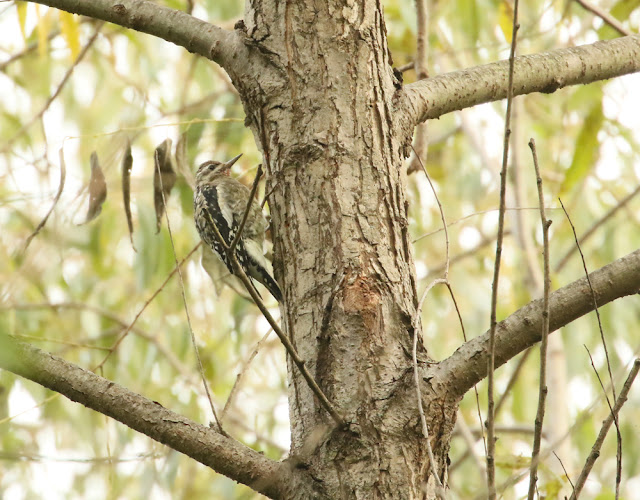 We saw a couple of adult sapsuckers, but this first year bird was in the best light.
Yellow-rumped Warblers were chipping all over the place, though they were mostly pretty high (I took the warbler pics on an afternoon walk I took later) 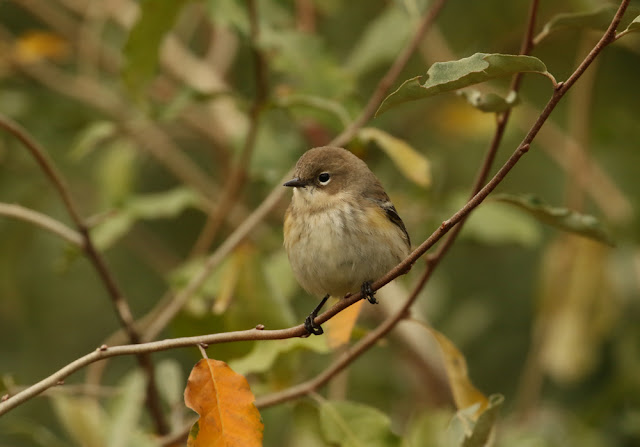 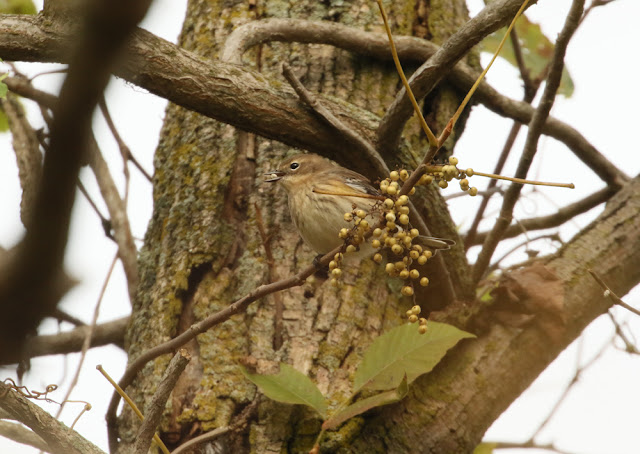 And speaking of things to eat, multiflora rose is a nasty invasive that's not one of my favorite plants ... but their rose hips were ripe and we sampled a few. 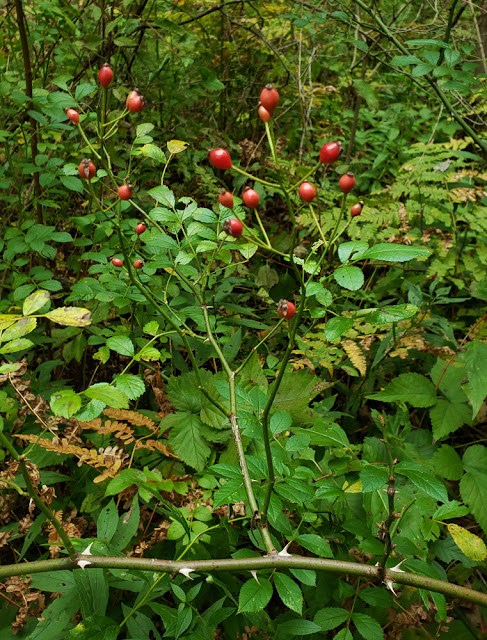 They reminded me of crab apples, but were A LOT less bitter.  They weren't great, but they weren't bad either.
Now paw paws on the other hand, Lynn spotted a few of these wild fruits that were perfectly ripe. 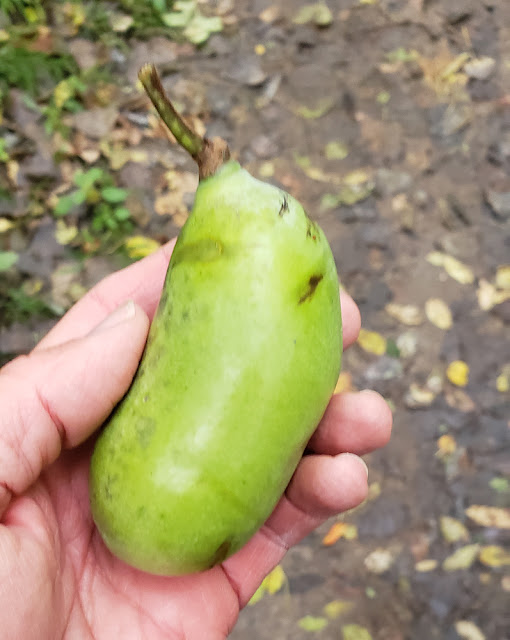 It smelled like a mango to me, but tasted more like banana or vanilla pudding; it was remarkably good.
Another quality spot (also by Lynn), some purple finches, and probably the least common bird we saw (though 4 wood thrushes tupping and squabbling in a tangled tree flagged the rarest in eBird). 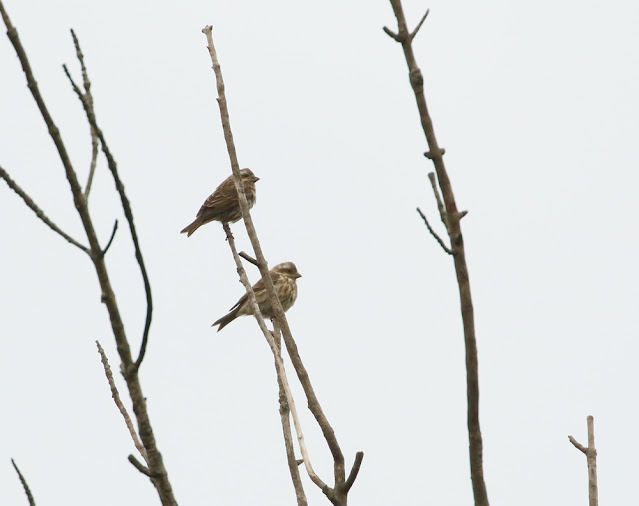 One last fall color pic from my afternoon walk 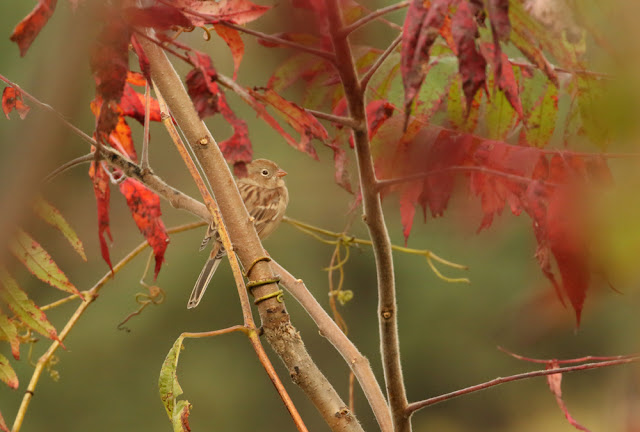