Yesterday, the first day after a front had come through, saw 4 digits worth of ducks go by Tiscornia.  This morning ... there were less.  Probably in the order of about 10%.  Gulls were moving well yesterday and the group were watching for Franklins in addition to sorting through the ducks ... but the only Franklin's turned up in New Buff.  When it was re-seen this morning we decided to bail on Tiscornia and look for the Franklins.  I figured best to check Silver just to make sure there wasn't a Franklin's a mile away without driving to the other side of the county.

There indeed was a darker mantle present ... but only one shade darker than the ring-billeds. 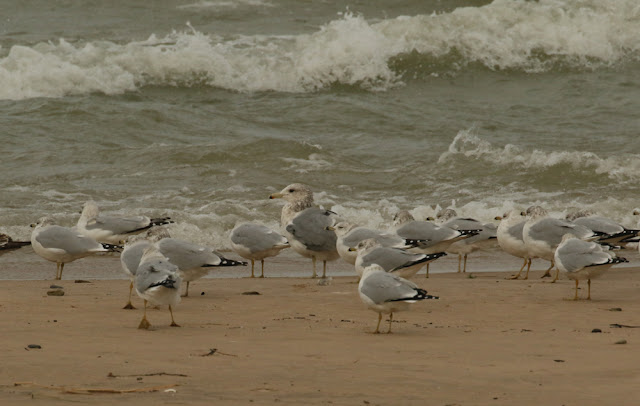 The dark eye and mantle had me jogging back to the car for the scope and camera.  Sure enough, the long red-and-black ornamented bill, yellow-green legs, and fully dark eye of a California Gull popped out.  It looked to be an adult well on its way to winter plumage with heavier nape markings than our local rat gulls typically display. 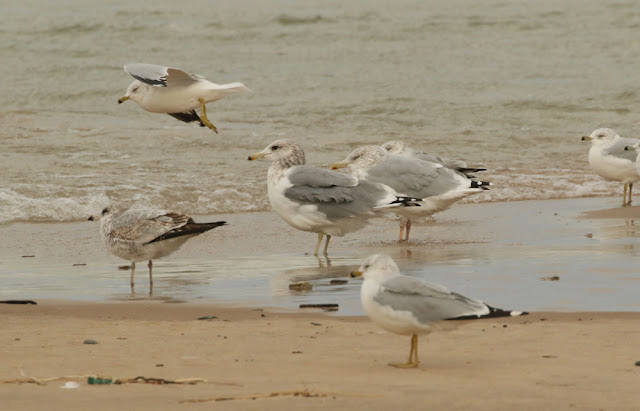 When I moved to Berrien in 2006 there were just over a dozen records for Cal Gull in Michigan.  There's triple that number now, and three quarters of those have been here in Berrien. 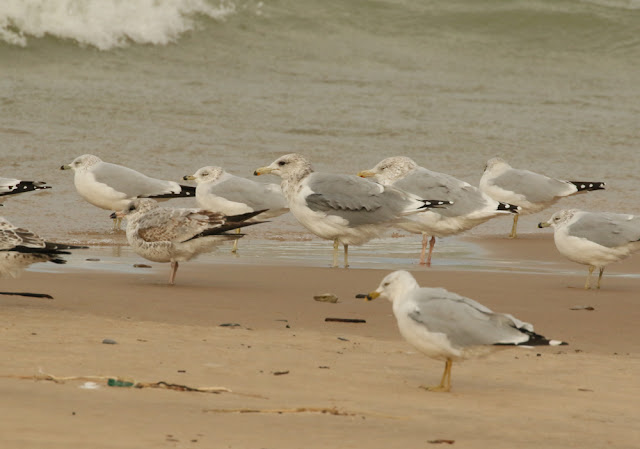 Unfortunately there was no Franklin's Gull in New Buff, but Mike Bourdon found a fun consolation prize in a Cattle Egret.  I've actually seen Cal Gull more often than Cattle Egret in Berrien 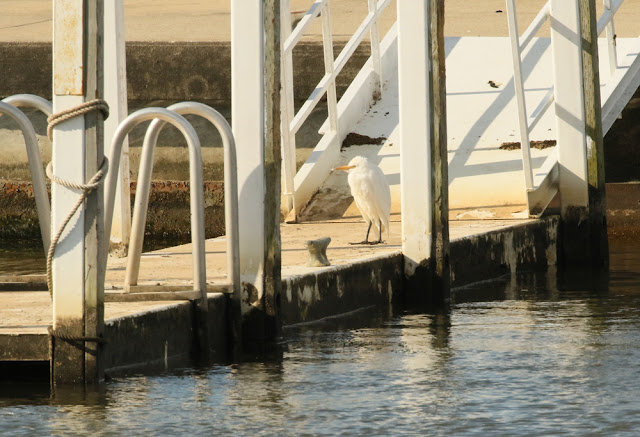