In the afternoon at Wild Sumaco we took a hike to a little grotto where Ochre-breasted and Plain-backed Antpittas came in for worms.  There was actually a second group that was heading there as well and the group got spread out pretty far single-file on the trail.  I forget what bird the front of the line glimpsed, but those at the back of the line heard a fairly unique call from the underbrush.  The leaders were far ahead and we were forced to leave it be to settle in at the antpitta spot.

Initially all we saw was a (locally rare) Gray-cheeked Thrush that was hoovering down the worms at a rapid rate... 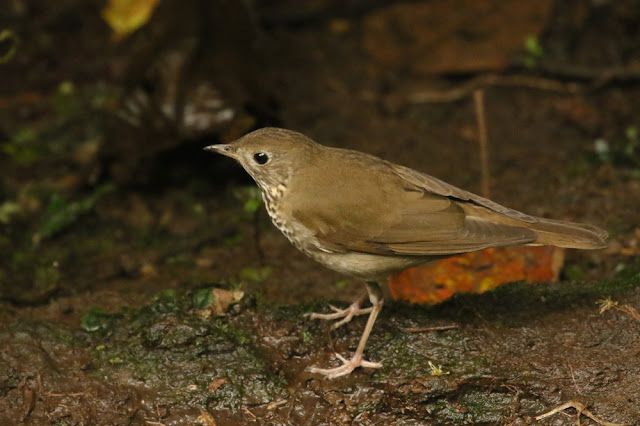 After a bit of a wait a tiny Ochre-breasted Antpitta started appearing.  This isn't a bird a person can get tired of seeing. 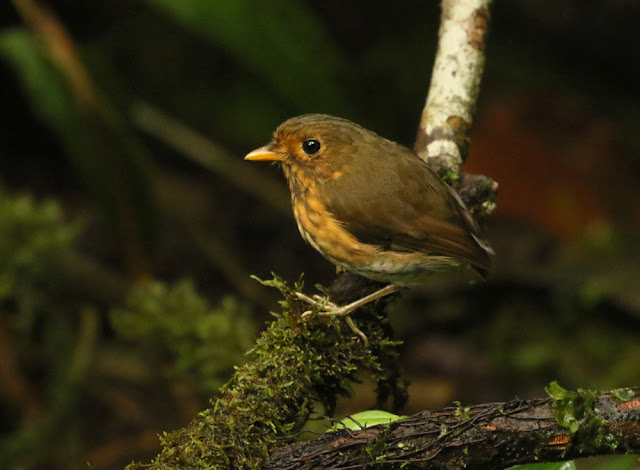 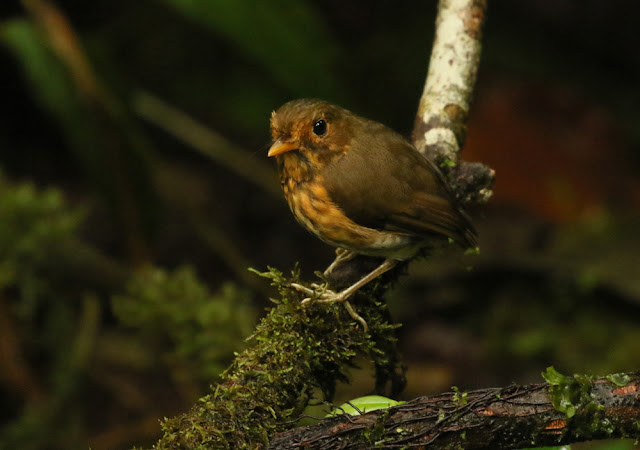 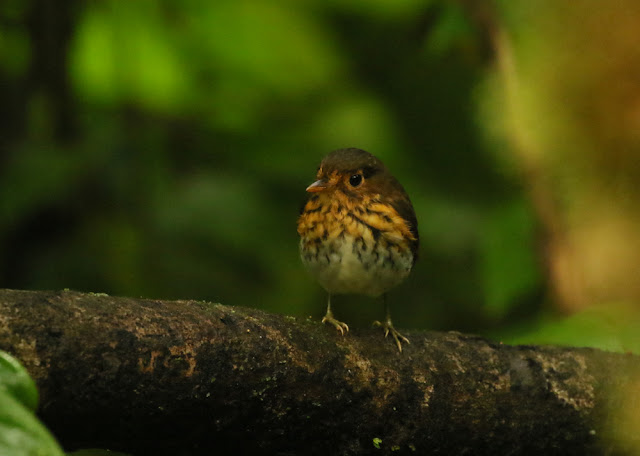 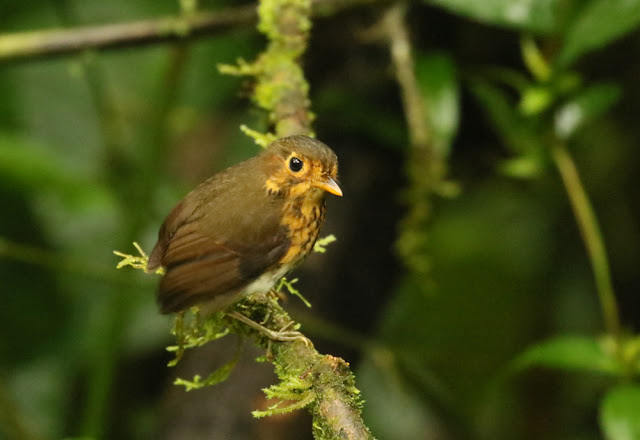 We caught only glimpses of the much larger Plain-backed however.  This photo is brightened from near blackness, I'm impressed it turned out as well as it did. 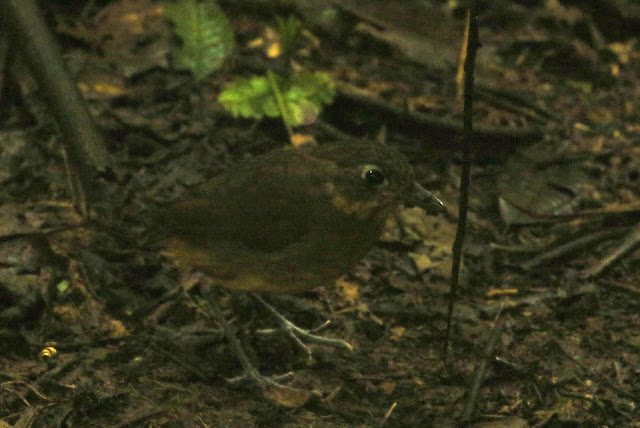 Ironically on the way back the bird we'd heard on the way in was still calling.  We brought it to the guide's attention ... as a Chestnut-crowned Gnateater (another antpitta-like bird even smaller than the Ochre-breasts) flashed through my binocular field for a quarter of a second.  I called it out and the call clicked in on the guide, we'd been hearing the Gnateater on the way out too!  Unfortunately (or fortunately to have brought the bird at all) a host of ants were foraging on the trail, and we got pushed back, some of us (including me) with a bunch of bites.
Posted by Matt at 6:04 PM