It should not have taken me this long to get the next post up, but what can you say.  Life gets busy.

Wild Sumaco was at mid elevations which typically gives the highest hummingbird diversity and this location was no different.  The smaller hummingbirds had a lot of adornments, giving them a very alien feel.  This is Wire-crested Thorntail (a full breeding male will have head and tail plumes that are twice as long). 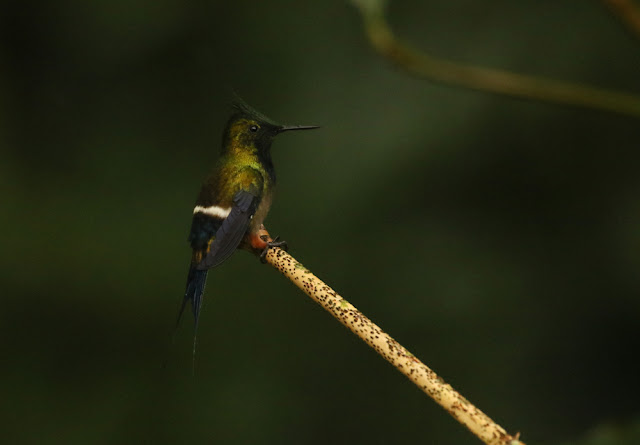 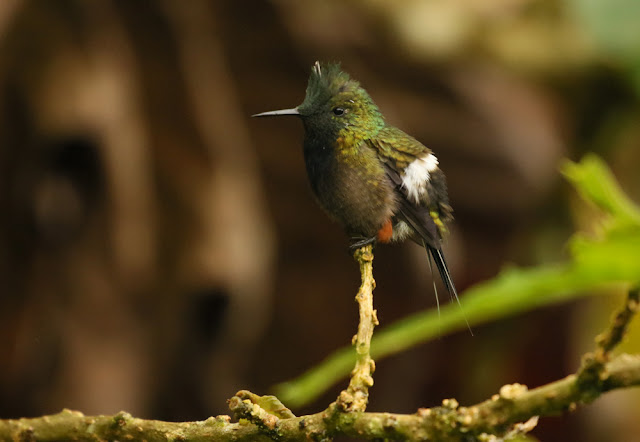 Here's a couple of the females arguing over the flower patch... 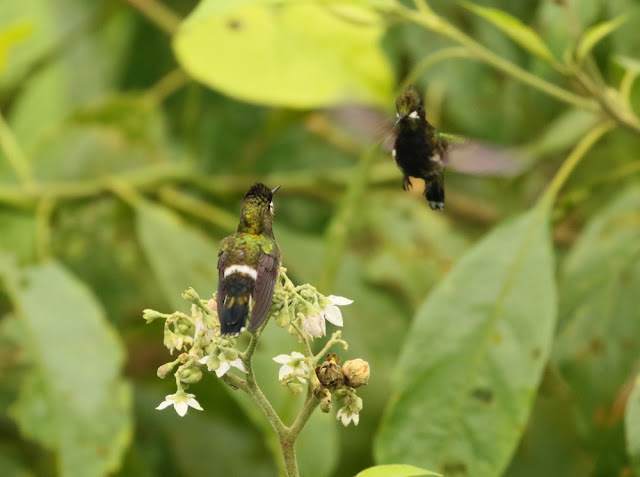 Booted Racket-tail is perhaps the hallmark species at Tandayapa, the famous lodge on the other side of the Andes we visited last year.  On the east side of the Andes the boots are orange rather than white.  It gave them a very different feel, and somewhat of a warmer one somehow by adding more color but less overall contrast 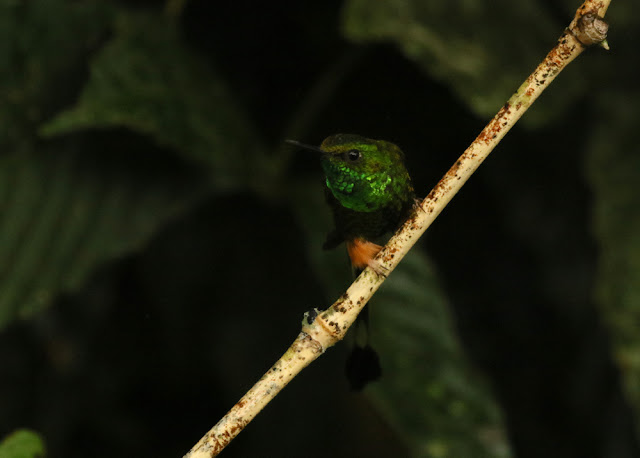 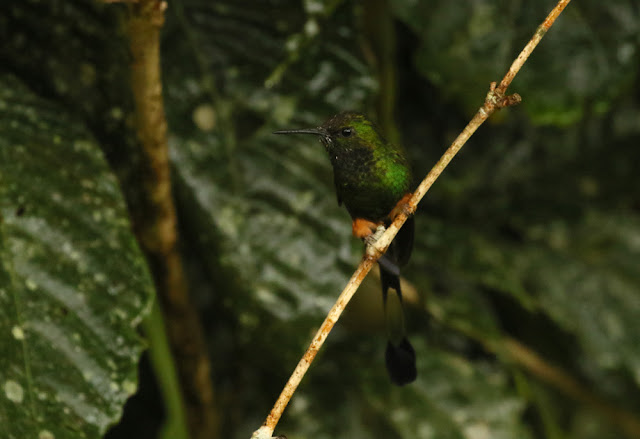 Here's the west slope version for comparison (I tried to link to the post that had these but can't search it up no matter what I do, maybe I forgot...) 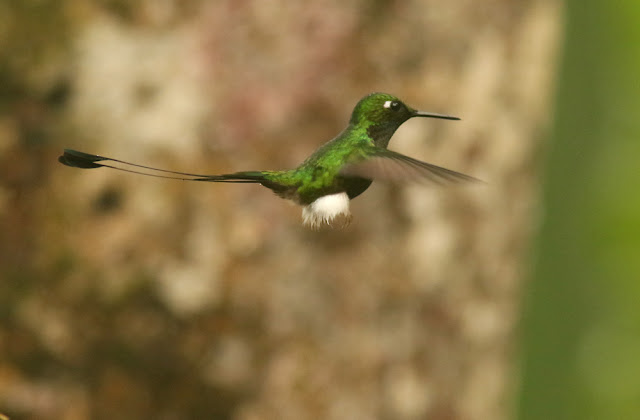 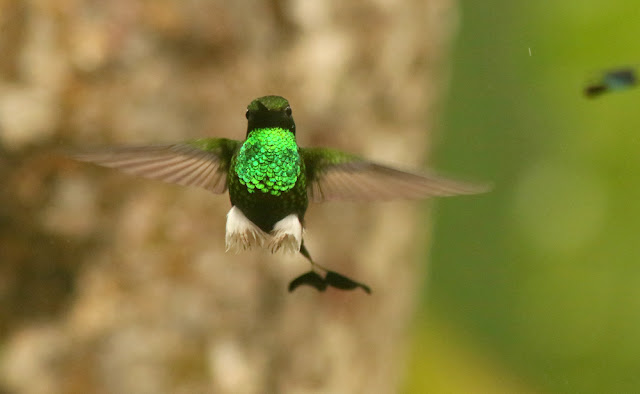 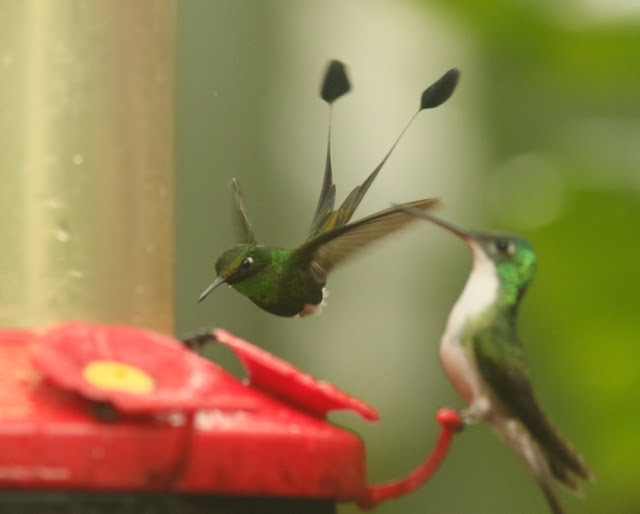